CP of Greece: The New Agreement on Military Bases is a Dangerous Development 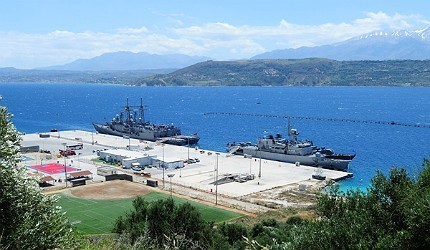 By the Press Office of the KKE (CP Greece)

In a press release on the amendment of the “Greece–US Defence Agreement” and the statements of N. Dendias and A. Blinken, the Press Office of the CC of the KKE stresses the following:

“The so-called defence — but in reality extremely aggressive — agreement between Greece and the USA constitutes a dangerous development that further entangles our country in the US and NATO war plans in the wider region. Besides, the reference of the US Secretary of State to Greece’s contribution to the war in Afghanistan foreshadows many new cases like Afghanistan, with the active participation of Greece.

This Agreement, which was extended for 5 years and then will remain in force indefinitely, turns the entire Greek territory into a vast US–NATO imperialist stronghold, providing for the enhancement of the existing military bases, the creation of new ones, the handover of military camps, infrastructure, and other facilities for the US military needs. These plans are part of the “NATO 2030” Strategy and the redeployment of numerous military forces to Eastern Europe, with regard to competition with Russia and China. The enhancement of Alexandroupolis as a reference point for the operations and exercises of the US army also serves this objective.

The ND government, continuing the Strategic Dialogue and the agreement with the USA initiated by the SYRIZA government, bears enormous responsibilities towards the Greek people. It turns the country against other peoples, but also into a possible target of retaliation, in the context of the sharpened competition that also takes on a military–war  character. At the same time, it fuels competition with the Turkish bourgeoisie.

The argument that in this way “the security of the country and its borders are shielded against Turkish aggression” is completely false and misleading. The US and NATO, at the same time, are negotiating with the “allied” Turkey to detach it from Russian influence, while their main concern is to maintain cohesion in NATO’s southeast wing. In this regard, the letter of the US Secretary of State, A. Blinken, regarding the support of Greece’s sovereign rights and respect for international law is deceiving. Similar statements have been made in the past by the former US Secretary of State, M. Pompeo; however, not only did they not defuse the dangerous situation in the Aegean and the Eastern Mediterranean, but instead were linked to the escalation of Turkish aggression. After all, history is full of agreements and statements that remained on paper, in the framework of the constant realignment of the imperialist alliances.

The agreement with the USA, like the corresponding one with France, ultimately serves the objective of the geostrategic enhancement of the Greek capital. For the sake of its own interests, the Greek governments take on the role of henchmen in imperialist plans and competition, exposing the Greek people to great risks. This, after all, is confirmed by the special reference to the business and trade agreements that accompany the military agreement.

Now it is more necessary than ever to form and strengthen a large popular front, to abolish these shameful offensive agreements, to close all foreign military bases in the country, to make the Greek military missions return home from abroad, to disentangle Greece from alliances such as NATO and the EU.”

The Dangerous Turn in the Arms Race in the Pacific

The Struggle for Development: The Labouring Classes in Turkey