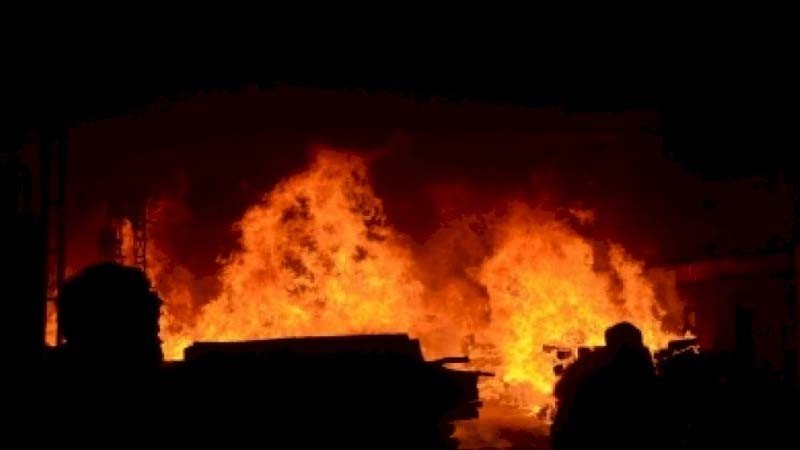 Lohardaga District, December 8, 2021: A squad of cadres belonging to the CPI (Maoist) set fire to three machines and two water tankers involved in road and culvert construction under Serengdag Police Station area in Lohardaga district. The party has further demanded that work on the projects be halted immediately.

Police on Wednesday said the the incident took place at Henhe and Rodo Toli. They further stated that an eight kilometer road in being constructed from Nindi to Henhe in which construction of three bridges was on. After receiving information about the Maoist raid a team of police reached the spot and inquired into the incident.

The company involved in the construction projects has refused to continue work on them until proper security arrangements are made for it by the police.

A further probe by police into the incident is currently on.