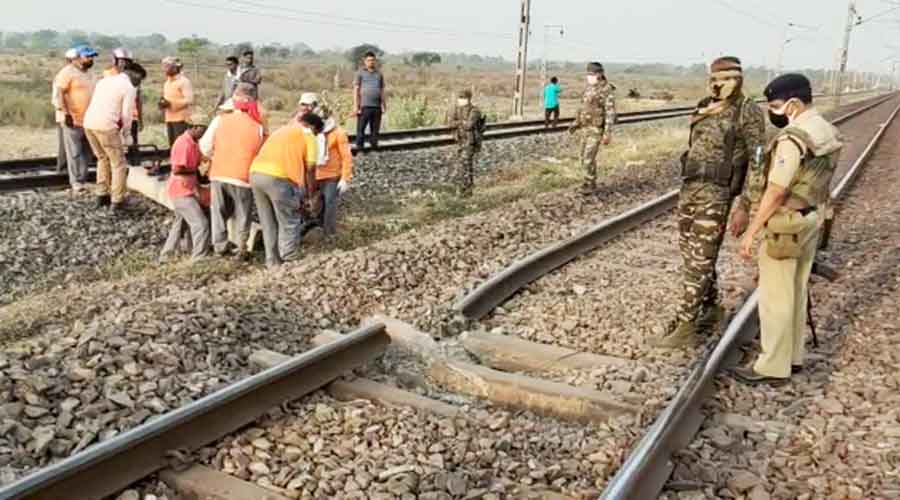 Latehar District, November 20, 2021: A squad of CPI (Maoist) cadres blew up a portion of railway tracks in Jharkhand’s Latehar district in the early hours of Saturday, November 20, 2021 disrupting train services on the Barkakana-Garhwa route, police said.

A blast took place on the railway tracks between Richughuta and Demu stations around 12.30 am, an officer said.

The Maoist party has called for a nationwide bharat bandh on Saturday to protest against the arrest of its top leader Prashant Bose alias Kishan Da and his wife Sheela Marandi and others by the Jharkhand Police.

Train services were disrupted for more than eight hours on the upline. Apart from the track, overhead equipment and an engine trolley have been damaged in the blast which was carried out both up and down ahead of the Bharat Bandh call given by the Maoists.

Lakra said the railway authorities are repairing the tracks.

All the police stations in Palamu, Garhwa and Latehar districts under the Dhanbad Division of Central Eastern Railway have been alerted after the blast, the DIG said.

Movement of passenger buses from Medininagar to Ranchi has also been stopped, a state government official said.