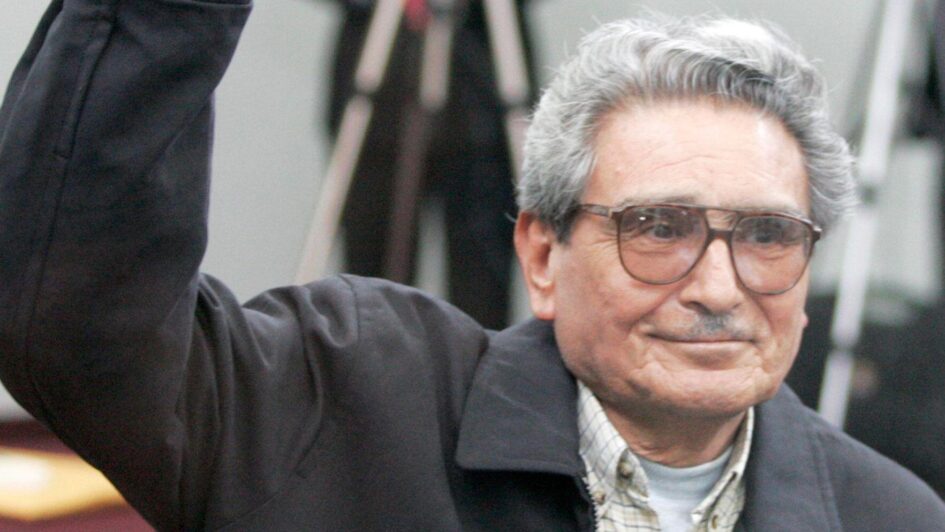 The Communist Party of the Philippines (CPP) expresses deepest sympathies to the workers, peasants and all the oppressed classes and sectors of Peru over the demise of revolutionary leader Manuel Rubén Abimael Guzmán Reynoso, the renowned Presidente Gonzalo, founder and leader of the Communist Party of Peru (PCP). Comrade Gonzalo died in prison at the age of 86.

We denounce the Peruvian government for having subjected Comrade Gonzalo to prolonged persecution through physical and mental torture since capturing him in 1992. He and his comrades were made to undergo repeated illegal trials. The reactionaries refused to heed the clamor to release him despite his nearly 30 years of imprisonment inside the fascist dungeons. His lifetime imprisonment was cruel and extreme punishment for having founded the PCP and initiated and led the people’s armed resistance against the reactionary ruling system in Peru and the fascist Fujimori regime. He is a martyr to the just revolutionary cause and struggle of the Peruvian people, especially the toiling masses of workers and peasants, for new democracy and the socialist cause.

While the CPP does not fully subscribe to the ideas propounded by Gonzalo and his followers, we believe he deserves recognition for his promotion and defense of Marxism-Leninism-Maoism. He gave the best years of his life and sacrificed for the proletariat and oppressed masses of Peru, and their aspirations for national and social liberation. During the 1980s, the Sendero Luminoso—the Shining Path—was one of the brightest stars of armed resistance around the world.

Comrade Gonzalo was emphatic about the indispensable role of the Communist Party, the people’s army and the united front, especially with the peasantry and the most progressive elements of the intelligentsia. He, however, made an overestimation by 1990 of the strength of the people’s army and the potential for urban uprisings. The PCP was also unable to use the united front to split the ranks of the middle bourgeoisie and reactionaries. It was only after Comrade Gonzalo’s capture that his party tried to avail of the full scale of the united front policy and tactics.

Gonzalo was the first to take initiative in using the term Maoism as a way of declaring higher appreciation for the great Mao Zedong and his epochal accomplishments, and acclaiming his theory and practice as third stage in the development of Marxist theory and practice.This stage is characterized by combatting the phenomenon and consequences of modern revisionism and employing the class struggle as the key to ensuring the defeat of imperialism and consolidating socialism.

Comrade Gonzalo tried his best to advance the people’s democratic revolution through people’s war in Peru and overcome all the obstacles put up by the reactionaries, revisionists and reformists. The efforts of the PCP to wage a new democratic revolution were indeed remarkable as these were carried out at a time that the Soviet revisionists were on the path of fully restoring capitalism and collapsing the Soviet Union and the Dengists counterrevolutionaries were frenziedly dismantling the socialist revolution and construction China in the 1980s.

The universality of Maoism on the primary basis of the theory and practice of continuing revolution under proletarian dictatorship to defend socialism and prevent the restoration of capitalism was declared by the CPP together with other communist parties on Mao Zedong’s centennial. Because of the setbacks of the socialist cause in China, we are still in the era of modern imperialism and the world proletarian revolution, with illumination provided in advance by Comrade Mao.

In the last four decades, anti-communism, modern revisionism, neocolonialism, neoliberalism, state terrorism and wars of aggression have been unleashed by US imperialism and its allies against the proletariat and people of the world. But all these monstrosities have failed to prevent the rapid worsening of the crisis of the world capitalist system. Anti-imperialist and democratic mass struggles of various forms are surging all over the world. They signal the resurgence of the world proletarian revolution.

Let the contributions and memory of Gonzalo in their due measure and his boundless revolutionary zeal serve as inspiration to the oppressed and exploited masses of Peru and the world. The Peruvian proletarian revolutionaries will undoubtedly take the opportunity to strengthen their party and fortify their leadership of the revolutionary armed struggle and united front, drawing lessons from their past experience, overcoming their shortcomings and errors, and building on their strengths and the support of the people.