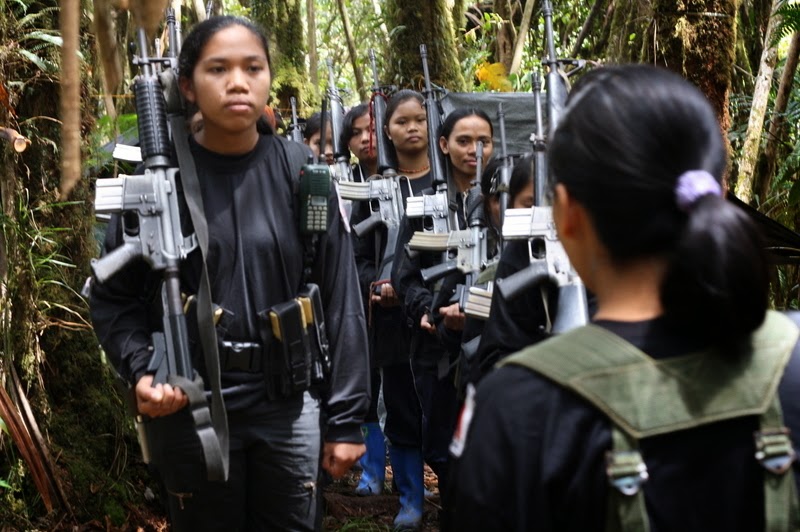 The Communist Party of the Philippines (CPP) extends its revolutionary greetings to women in the country and across the world on the occasion of the International Working Women’s Day. Let us recall the heroism of women from the ranks of workers, peasants and other progressive classes and sectors who broke through imposed gender, cultural and economic barriers and took their place as cadres and fighters of the Philippine revolution.

It is significant that in ten days, we are set to mark the 50th anniversary of the Makabayang Kilusang ng Bagong Kababaihan (Makibaka), the forerunner of the women’s liberation movement in the Philippines, which has been at the vanguard of women’s struggle over the past five decades. The militance and courage of the Makibaka continues to inspire women to shoulder ever important tasks in rousing the people and in waging revolutionary armed struggle. From among the ranks of Makibaka have emerged Red fighters and commanders of the New People’s Army.

Amid the rapidly worsening economic crisis marked by a sharp fall in standards of living of millions, it is urgent that women, together with the rest of the toiling people, come together and take action to defend their welfare and interests and resist the policies that worsen their oppression. Overall worsening social conditions hit women particularly hard as it intensifies their oppression and suffering from unemployment, unequal wages and unequal conditions in the household.

Knowing first hand the burden of the socioeconomic crisis, Filipino women are determined to march among the head of the toiling masses as they condemn the misogynist US-Duterte regime, its corrupt bureaucrat capitalists, cronies, big bourgeois compradors and military generals that impose burdensome policies and measures. They must militantly demand an immediate rollback in the prices of fuel products, food and other necessaries, jobs, higher wages, land, the elimination of land rent, higher farm gate prices, reduction of taxes, an end to all-out import liberalization, and other urgent measures. At the same time, they must fight without letup for their rights as the Duterte regime resorts to more brazen acts of state terrorism in its desperation to silence the people and secure its power.

As the chronic crisis of the ruling semicolonial and semifeudal system worsen amid the international capitalist crisis, Filipino women are bound to rise up in greater numbers, building and strengthening their unions and women’s committees in factories, community and campus organizations, marching on the streets and waging all forms of mass struggle, and joining the revolutionary armed struggle to fight for national and social liberation.