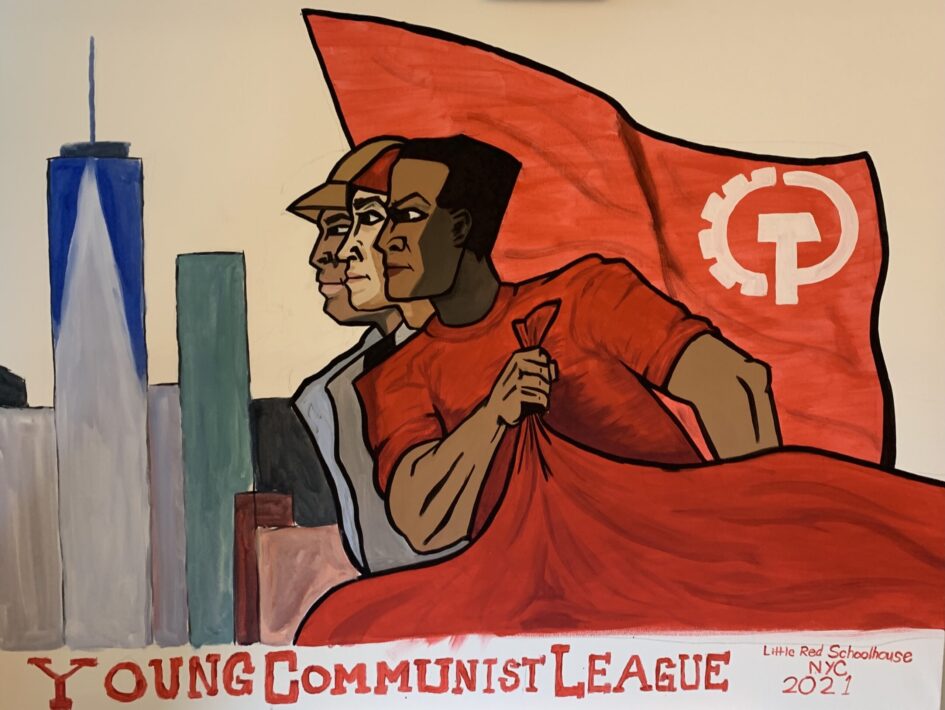 “Solidarity forever, for the union makes us strong!” sang the young comrades attending the 2021 Little Red Schoolhouse in New York City at a rally in support of striking Alabama mine workers last Wednesday. The school was hosted by the CPUSA NY District and Chelsea Education Fund.

Former CPUSA chairman John Bachtell taught a class on Marxist environmentalism in which he emphasized how the fight against global warming is the broadest struggle we can engage in due to the fact that it affects everyone. After all, there is no class struggle if there is no planet to fight it on! CPUSA co-chairpersons Joe Sims and Rossana Cambron led the discussions around petty bourgeois radicalism and the political moment of today, respectively. Students were able to distinguish the special role of the Communist Party in the struggle for socialism and democracy in comparison to other groups in the wider movement. They also learned how to differentiate Marxism-Leninism from sectarian trends on the left.

Chauncey Robinson, a staff member of the People’s World, talked about the importance of the working-class press and its role on social media. CJ Atkins, another staffer with the People’s World, spoke to the students about the victories and shortcomings of the CPUSA’s role in the fight for LGBTQ equality, a conversation which students greatly appreciated because of its “honesty, self-criticism, and transparency,” as one student from Virginia put it.

But the students didn’t just sit in a classroom all day learning about theory: they put that theory into practice. From mutual aid drives at public housing complexes to tabling in Union Square, the young Communists learned how to engage working people on all sides of the political spectrum and even gained a few recruits in the process. The students also had the opportunity to march alongside Medicare for All advocates and striking United Mine Workers from Alabama. “They were so happy to see us,” said an attendee from Illinois. “They even came over and took a picture with us and sang the old union songs with us.” “And let’s not even get started with the food!” stated another comrade from North Carolina, referring to the various cuisines provided by the CPUSA NY District to let the students try the flavors that immigrants from around the world brought to NYC. “Greek, Arab, Caribbean, Chinese, Italian, Thai, and Indian all in one week? This is the beauty of internationalism and the USA. Immigrant workers make this country great.”

The school provided students with the tools to go back to their clubs and districts to build up the Communist Party, Young Communist League, local unions, and other aspects of the democratic movement around the country in which the “communist plus” is needed.