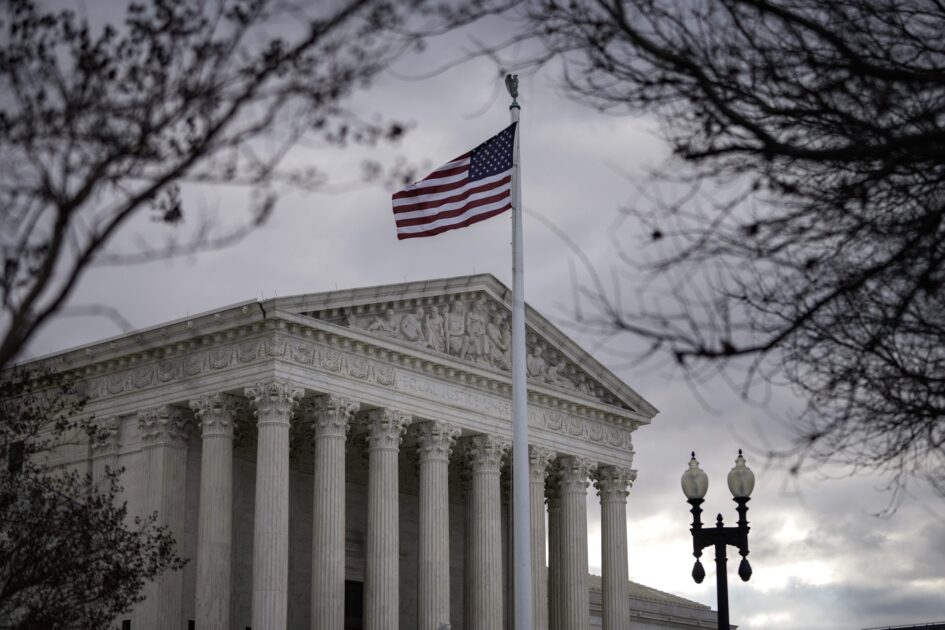 This story originally appeared in Common Dreams on March 23, 2022. It is shared here with permission under a Creative Commons (CC BY-NC-ND 3.0) license.

In a move that shocked progressive political observers, the US Supreme Court on Wednesday rejected Wisconsin legislative districts drawn by Democratic Gov. Tony Evers and sent the case back to the state’s highest court, which previously approve the voting maps.

Wisconsin-based journalist John Nichols called it “a stunning decision that confirms just how extreme the US Supreme Court’s majority has become.”

The GOP-controlled Wisconsin Legislature’s emergency application to the nation’s high court took issue with the fact that Evers’ maps would increase the number of state Assembly districts in the Milwaukee area with a majority of Black voters from six to seven, claiming that “the plan’s maximization of majority-minority districts” is unconstitutional.

The high court’s unsigned majority order said that the state court “committed legal error in its application” of previous US Supreme Court decisions “regarding the relationship between the constitutional guarantee of equal protection” and the Voting Rights Act (VRA) of 1965, a federal law intended to prevent racial discrimination in voting.

Nichols noted that in her dissent, Justice Sonia Sotomayor described the majority’s ruling as “unprecedented.” In his assessment, Nichols said that “it’s also wrong.”

In an emergency posture, the court summarily overturns a Wisconsin Supreme Court decision resolving a conflict over the state’s redistricting, a decision rendered after a five-month process involving all interested stakeholders. Despite the fact that summary reversals are generally reserved for decisions in violation of settled law, the court today faults the state Supreme Court for its failure to comply with an obligation that, under existing precedent, is hazy at best.

“This court’s intervention today is not only extraordinary but also unnecessary,” Sotomayor added. “The Wisconsin Supreme Court rightly preserved the possibility that an appropriate plaintiff could bring an equal protection or VRA challenge in the proper forum. I would allow that process to unfold, rather than further complicating these proceedings with legal confusion through a summary reversal. I respectfully dissent.”

Denouncing the majority decision as “lawless,” Rep. Mondaire Jones (D-NY)—who supports expanding the high court—tweeted that “the far-right Supreme Court is so hostile to Black political power that it reversed its own precedent from earlier this year to overturn Wisconsin maps creating a new majority-minority district.”

Jones was referencing earlier cases that relied on the 2006 case Purcell v. Gonzalez—which, as legal experts explained at SCOTUSblog, established the principle that “courts should not change election rules during the period of time just prior to an election because doing so could confuse voters and create problems for officials administering the election.”

Mark Joseph Stern, who covers US courts for Slate, also referenced Purcell in a series of tweets responding to Wednesday’s ruling.

“This is an absolutely shocking decision,” Stern said. “The maps were adopted by a Republican justice on the Wisconsin Supreme Court. This appeal was considered a Hail Mary, and it prevailed. I am stunned by this ruling.”

“If anything, Sotomayor’s dissent undersells just how ‘unprecedented’ this decision is,” he continued. “It appears to dramatically alter the law of redistricting to make it much harder for states to draw majority-Black districts—all through a cryptic shadow docket ruling.”

Stern noted that “there is literally no discussion of the Purcell principle in the unsigned majority opinion—even though the majority has repeatedly used Purcell to prevent federal courts from altering election laws shortly before an election. Which is what the majority just did.”

“There have been several other states whose maps have been challenged and the court had consistently said that it was too late in the process to require courts or legislatures to draw maps, but apparently they’ve reached a different conclusion here in Wisconsin,” he added.

Critics highlighted that the Wisconsin order is among the court’s increasingly common shadow docket rulings—or “decisions that the court makes on an expedited basis that are usually unsigned and issued without oral argument or full briefing,” as Sen. Amy Klobuchar (D-MN) said Tuesday during a hearing for President Joe Biden’s first US Supreme Court nominee.

Joyce Vance, a professor at the University of Alabama School of Law, tweeted Wednesday that the shadow docket is “rearing its ugly head in both today’s confirmation hearing and in real life as the court continues to make it more difficult for Americans (read minorities and Democrats) to vote and have their votes count over vigorous dissents from Justices Sotomayor and Kagan.”

The NAACP pointed to the decision as evidence of why the Biden nominee needs to be confirmed, tweeting that as the Senate Judiciary Committee “considers Judge Jackson’s nomination, [the] Supreme Court rules against voting rights—making it harder to draw Black voting [districts]. Exactly why we need a justice who strongly supports political participation for all.”

In a separate unsigned decision Wednesday, the high court rejected a similar Republican request regarding Evers’ congressional districts, which were also approved by the Wisconsin Supreme Court. The New York Times noted that “the practical consequences of the order were likely to be minor,” given that the state court selected that map “because it hewed most closely to one drawn by Republicans in 2011.”

A new war with Russia? Absolutely not!