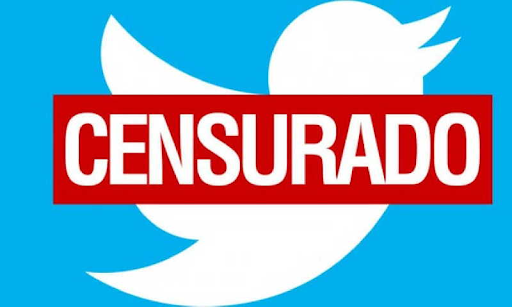 Article and image from Prensa Latina

Twitter manipulates trends for users, who instead of seeing the [pro-Revolution] #CubaVive hashtag on the front page — which was by far the most mentioned — have direct access to the one promoted by destabilizing groups in order to create a situation of ungovernability.

#CubaVive had been mentioned more than 420,000 times globally on Twitter in the last eight hours, but it was ignored in the “trending topics.”

However, the #15NCuba brand, with less than 300,000 mentions worldwide, in that same period of time captured all the attention and was at the top of all trends, despite the fact that two out of every five of its tweets and retweets originated from just three accounts — representing an attack against the Cuban government in search of destabilization.

According to the Trendsmap site, users @mjorgec1994, @agusantonetti and @yuniortrebol – in beachhead mode – accounted for 40 percent of the global initial movements related to that tag on Twitter using fake messages.

Several weeks ago the Archipelago [counter-revolutionary] group called for a “peaceful” march for regime change. This demonstration was classified as illegal by the government of Cuban President Miguel Díaz-Canel, after finding connections between the march promoters and extremist terrorist groups, based in Miami, Florida.

Days ago, Cuban Foreign Minister Bruno Rodríguez denounced the destabilizing campaign, promoted and sponsored in and by the United States, which seeks a repeat of the riots of July 11th when citizens vandalized establishments and caused chaos.

Rodríguez denounced that “a crude manipulation of (Twitter’s) algorithm is underway to give the impression that there is a high number of users located in Cuba with positions against our government.”

Rodríguez stressed that most of the toxic content that accompanies the tag promoting destabilization in Cuba originates in the United States, while its dissemination is scarce in other countries, and that there is no doubt about the viciousness and interference of imperialism against Cuba.

Squid Game: no winners under capitalism