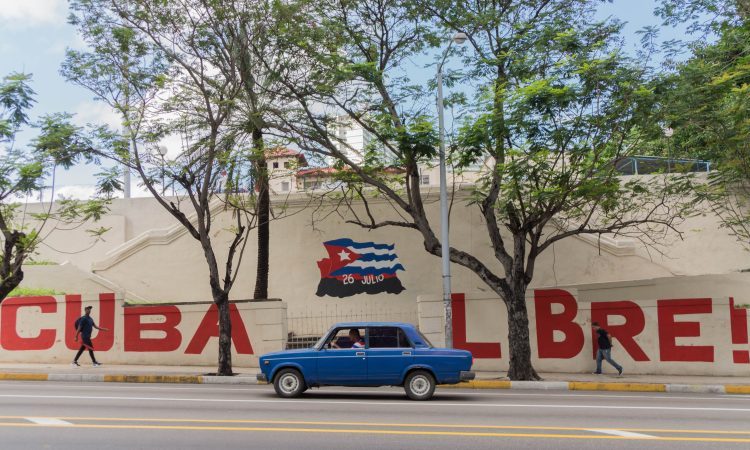 On 13 September, a multidisciplinary research team at the Cuban Academy of Sciences published the results of an assessment of health complaints during sojourns in Havana made by foreign government employees and their families.

Employees of the US have complained of suffering several symptoms while stationed in Havana in 2017, frequently linked to the hearing of strange sounds. Apparently similar symptoms emerged in some Canadian citizens, and later in other US employees in other countries.

Numerous scientific publications, expert opinions and studies on the ground in Havana contest or refute the presented evidence.

So what were these people hearing? Apparently, around 4 percent of the global population insist that they hear a permanent hum, which has been variously dismissed as either tinnitus or as the background hum of industry. Others suffer from something called musical tinnitus. Every sound they hear, and sometimes even in the silence, they can hear perpetual music.

Many people insist they can hear or feel electricity in the air. Some get headaches from silent sonic mousetraps. Did anyone check the mouse situation in the hotel the diplomats were staying at?

Or could we be looking at a case of mini hysteria? That is certainly a less preposterous explanation than the one US officialdom seems determined to push, as was recognised by David Aaronovitch in a recent article for the Times.

“What kind of a weapon emits a high-pitched sound (as reported by many sufferers), gets through the walls of venues as disparate as embassies, hotels and private homes, targets Americans only, affects the brain but not the body and is remarkably portable?

“Certainly one that the Americans don’t have and apparently one they’ve never seen. Even so, last December a study by the US National Academy of Sciences suggested the most likely cause was some kind of microwave device. As of now this is the favoured hypothesis …

“My question is this: do we actually need to find a weapon and a villain at all? And it’s a question, in one form or another, that has recurred for me since, nearly 25 years ago, I read a book by the American academic Elaine Showalter called Hystories …

“The idea that Havana syndrome, like other syndromes, might be ‘psychogenic’ – produced by the mind – is widely held by neurologists, that is, by people who specialise in the relationship between the brain and health. In her most recent book, The Sleeping Beauties and Other Stories of Mystery Illness, the British-based consultant clinical neurologist Suzanne O’Sullivan argues exactly this.” (What if Havana syndrome is all in the mind?, 20 October 2021)

A history of hysteria

Hysteria and word of mouth can have strange effects, as is evidenced by history. In Strasburg, there was the dancing plague of 1518, when everyone began inexplicably to dance. Many danced for weeks on end, and some even danced themselves to death – for no apparent reason.

Or what about the Tasmanian laughing epidemic of 1962, when schoolgirls began laughing in class and then couldn’t stop for weeks on end? Despite the school being closed in order to act as firebreak, the laughter spread to the surrounding towns and villages, continuing for more than a year. No explanation was ever found.

In September 1944, in Mattoon, Illinois, a whole town went down with a mysterious illness after smelling a sweet smell. The first lady to be affected by this told her husband about it when he got home, and he said he’d seen a mysterious man dressed in dark clothes outside the house. Police were called, but no-one was found. The next morning the couple decided to go to the press. The headline read: “Sweet smelling gas killer on loose.”

The Mattoon Gazette had an almost 100 percent readership in the small town. A few weeks earlier, on 30 August, a newspaper in a neighbouring town had run a story claiming that Germany was planning to carry out a secret gas attack on the USA. This was supposed to be Hitler’s last big attempt to win the war.

Many newspapers, including the Mattoon Gazette, ran ads featuring pictures of the grim reaper alongside invasion bombs and a headline that screamed: “Imagine if everyone in the town should be killed!”

Gas and death were on the minds of this town. No-one knew what had caused the illness, but many thought they were part of an enemy plot. Years later, Farley Llewellyn, the town outcast who would get drunk and fiddle with strange chemicals, was named as the probable suspect. It was found that one of the chemicals he used to amuse himself with was tetrachloroethane, which caused similar symptoms to those reported. He was tall and thin, like the dark stranger described by the town.

The hysteria that had been put about by the media however, had everyone convinced that they were about to be killed in a mass gas attack, and this belief had been found to contribute greatly to the number of cases reported.

In 1944, just before Mattoon, the war was coming to an end. The gas attack ads had made people imagine mass warfare when really they were being messed with by some random bloke. Are we looking at something similar here?

Imagine living in a country that you’re setting out to destroy. Is it conceivable that severe paranoia could have contributed in some way towards a small mass hysteria?

Most of the claims that are supposed to support the ‘sonic attack’ narrative in Cuba were even discounted by the US’s own National Academies of Sciences, Engineering, and Medicine (Nasem), making its endorsement of the idea that a ‘pulsed microwave agent’ could be the cause of the US diplomats’ health complaints all the more perplexing.

International and Cuban experts alike have dismissed the microwave weapon idea as incompatible not only with the Havana events but with all established science.

The ‘mystery syndrome’ story has survived owing to a biased use of science, in which discrepant views have been systematically suppressed and the publicised ‘evidence’ has been cherry-picked to reinforce a particular narrative. Imperialist media and politicians have built on and amplified this pseudoscience as if it were serious.

There’s nothing new in this, of course. That’s why it’s so impossible in this current climate to tell up from down. This cherry-picking and distorting of science happens everywhere, and in these post-Covid days, it’s becoming ever more apparent.

Ultimately, the Cuban Academy of Sciences cannot know what happened to the US employees during their sojourns in Havana. However, based on the reports from the US and Canada and field studies carried out in Havana, CAS can offer a counter-narrative that challenges each of the claims reviewed above.

Counterclaim 1: It is possible that some US employees while stationed in Havana felt ill due to a heterogeneous collection of medical conditions, some pre-existing before going to Cuba (eg, ear trauma resulting from military service), and others acquired from mundane causes such as age-related diseases, head trauma resulting from sports activities, and stress, among many other possibilities. Thus, a heterogeneous collection of people could have misattributed their symptoms to a common external cause.

Counterclaim 2: Only a minority of the cases present noticeable brain dysfunction, most of which stem from experiences before the patient’s stay in Havana (caused by naturally acquired prevalent diseases or by head trauma), with others resulting from the previously mentioned functional neurological disorders. The international scientific community and the Nasem report both dismiss most of the evidence presented to claim widespread brain damage in the US employees. Other diseases prevalent in the general population can explain most symptoms.

Counterclaim 3: No known form of energy can selectively cause brain damage (with laser-like precision) under the conditions described for the alleged incidents in Havana. The laws of physics that govern sound, ultrasound, infrasound and radiofrequency waves (including microwaves) do not allow this, as has been acknowledged by US and international experts. These forms of energy could not have harmed brains without being felt or heard by others, without disrupting electronic devices in the case of microwaves, and without producing other lesions (like burst eardrums or skin burns).

Counterclaim 4: Although there are weapons that use sound to disperse crowds, or microwaves to disrupt drones, they are large and there is no possibility that such a weapon would go unnoticed (or leave no trace) if deployed in Havana. Furthermore, these devices cannot produce the person-selective effects described in the alleged incidents.

Counterclaim 5: Neither the Cuban police, the US’s FBI or the Canadian police have uncovered any evidence of attacks on diplomats in Havana, despite intense research.

Counterclaim 6: It is not possible to rule out psychogenic or toxic explanations for many cases without further research. Specifically, all the conditions for psychogenic propagation of malaise were present in this episode. Concerning the last counterclaim, the following scenario is perfectly possible:

Initially, for whatever reason, a few individuals believed they were being ‘attacked’ by ‘sonic weapons’. Subsequently, an environment was created that fostered the amplification of symptoms and their misattribution to improbable causes, together with a psychogenic spread of concern and the development of functional neurological disorders. The factors that created this environment were an inadequate initial medical response, the early official US government endorsement of an ‘attack’ theory, and sensationalist media coverage, among other causes.

As seen above, sensationalist media coverage is always going to get the imagination going, and once an idea is seeded, it becomes very difficult to dispel. One person gets ill in Havana, he tells all his mates, and boom … there’s an epidemic

The CAS states that it is “willing to revise its conclusions if new evidence emerges. It welcomes attempts to disprove its counterclaims in an atmosphere of open scientific collaboration.” Can’t be fairer than that! “However, it firmly rejects as an ‘established truth’ a narrative built on flimsy foundations and faulty scientific practice. Each link in the chain of reasoning leading to the ‘mysterious syndrome’ narrative is weak, so they cannot bolster each other.”

“CAS reiterates its willingness to collaborate with Nasem and any other US or international counterparts, with the goal of better understand the health incidents involving US diplomats and their families in Havana (or in any other place). Ultimately, we hope this would help alleviate suffering in affected individuals and contribute to re-establishing closer ties between the two scientific communities and eventually between the two countries.”

It is to be hoped that the US imperialists drop their hostile stance and adopt instead the sensible, measured and scientific approach that has been modelled by the scientists and politicians of Cuba.