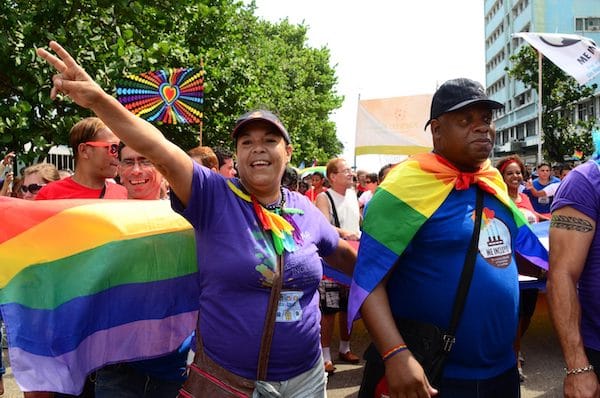 Cuba is on its way to having a new Code of Families, in the plural, that guarantees rights for all Cuban society in its diversity. This week, the National Assembly approved the final version of the draft, whose next step will be to undergo a popular referendum in early 2022 after broad public input.

Roxanne Castellano, professor at the Psychology Faculty of the University of Havana, explained that this is a Code based on paradigms of non-discrimination that creates spaces for all, seeks solutions to conflicts, and is consistent with the conception of our socialist state of law and social justice.

“The Code defends the transformations that our people are undergoing,” the specialist acknowledged.

According to Cuba’s Minister of Justice, Oscar Silvera Martínez, this norm is the result of intense collective work. As part of the consultation process, a mobile application was created to facilitate the analysis of the preliminary draft, and an electronic address was enabled so that “every Cuban could feel as a lawmaker,” Martínez recalled.

After 23 versions, the final document is the outcome of a broad consultation process. The legislators gave it the green light after several days of debate at the Havana Convention Palace, the venue of the most recent parliamentary session.

In its over 480 articles, the proposal includes gender equity and equality, protects girls and adolescents from consequences such as early pregnancy and school dropout, detected in studies on early marriage.

“The project does not manufacture or impose models. It is a reflection of our reality because it embraces our differences and protects them. It is a project of additions and multiplications, a modern law that includes and protects all of us,” Silvera said.

The Code is the most progressive one regarding rights in Cuba. It protects all expressions of family diversity in coherence with Cuba’s Constitution. It places love, affection, solidarity, and responsibility at the highest level of family values.

According to lawmakers, the Code recognizes the right of grandmothers, grandfathers, and other blood relatives of children and adolescents to have a harmonious and close communication between them. It also enhances self-determination, preferences, and equal opportunities for the elderly and disabled.

According to Congresswoman Yolanda Ferrer Gómez, in the document was printed the guide of Vilma Espín (1930-2007), who was at the forefront of the struggle for the emancipation of Cuban women during the first years of the Revolution.

“She always set her sights on families, on those of her time and those to come,” Ferrer recalled and highlighted the forward-looking position of the Women’s Federation (FMC) founder-president in identifying the need to summon sociologists, psychologists, lawyers, and specialists to draft a new law.

The project is an expression of a gradual process of maturity reached by the Revolution in implementing its social justice agenda.

“Today is a transcendental day for LGBTQ people, whose realities were not sufficiently understood at the beginning of the revolutionary process. We will also expand rights for other groups that have been protected, guarantee more justice and equity, and we will reinforce the essence of Cuban socialism when it places individuals and families at the center of its goodness,” she commented.

Fidel’s legacy is also present in the document, as well as his idea that the Revolution is, among other things, to change everything that must be changed.

It is not a matter of making a trendy modification, as some sexist and homophobic campaigns tried to make it seem over the past year, but to change that which generates pain, dissatisfaction, oppression, and violence, and that which moves us towards Jose Marti’s maxim: the construction of a society with all people and for everyone’s good.

The Kurdish Issue is an Issue of Equality

Equality Under the Law is a Reactionary Doctrine

The fight for LGBTQ+ equality