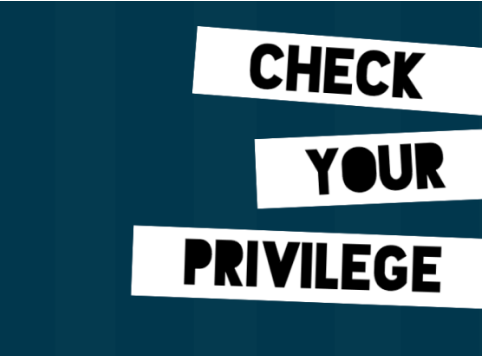 It is timely to look at third wave feminism and its rupture with the earlier women’s movement as parliament is currently debating introducing sex self ID laws in New Zealand. The legislation would allow males to be classified as female by a simple declaration. This bizarre denial of the material reality of biological sex is largely supported by third wave feminists..

This is the fifth in a number of synopses of a critique of postmodernism Cynical Theories: How Universities Made Everything about Race, Gender, and Identity – and Why This Harms Everybody by Helen Pluckrose and James Lindsay. Swift Press, 2020. The first synopsis covers the early period of postmodernism, the second is on queer theory and its influence on postmodernism, the third is on Butler and Sedgwick, the fourth is on Critical Race Theory. The synopsis below is written by Daphna Whitmore.

This began to change in the late 1980s and 1990s with the rise of applied postmodernism which accepted identity oppression as “real” and made postmodernism relevant to feminist activism. It incorporated aspects of queer Theory, postcolonial Theory, and critical race Theory through the concept of intersectionality. The resulting Third Wave approach to feminism tended to neglect class issues and focus on identity in the form of race, gender and sexuality.

Rather than rallying around the shared identity of women intersectional and queer feminism denied that women had common experiences and complicated what it even meant to be a woman. While liberal feminists had wanted the freedom to reject gender rules and access the same opportunities as men, and radical feminists had wanted to dismantle gender entirely as an oppressive social construct, intersectional feminists saw gender as both culturally constructed and as something that people could experience as real.

By the early 2000s the intersectional shift in feminism had become undeniable. Previously feminism had treated women as a class and sought to create positive change for that class. As the influence of applied postmodernism crept into feminism, the focus switched from material disadvantages within social structures like law, economic, and politics to the oppressive nature of ‘discourses’.

In 2006 Judith Lorber, professor of sociology and gender studies summarised the four main tendencies of this “paradigm shift”:

Intersectionality offered activists a renewed sense of purpose and new problems to interrogate and new accusations to make – especially against each other. Much of the black feminist thought and critical race Theory that informed this shift accused feminism of being “white” and of ignoring problems relevant to race, due to “the corrupting influences of white privilege”. Queer feminist thought accused feminism of being exclusionary of first lesbians, then LGB, then LGBT, and later LGBTQ issues because of various assumptions of normativity and their associated ‘privileges’. Queer Theory challenged the categories of “women” and “men” at their linguistic foundations.

By the early 2000s, then, a dominant view within feminism was that because gender has been constructed differently by dominant discourses at different times and places – to speak of “women” and “men” at all is incoherent. They argued that “women” and “men” are regarded as constructions or representations- achieved through discourse, performance, and repetition – rather than real entities. This new view makes sex an inherently unstable basis for study – and one which risks neglecting the experiences of people working within different cultural frameworks.

For postmodernists the topic of interest is “gender” – which they define as the behaviours and expectations that people considered men and women are taught to perform, which – though they cannot be entirely done away with – can be disrupted, confused, and complicated.

This was a dramatic shift from a simplistic oppressive binary to a fluid and unstable phenomenon. Feminism gave way to gender studies under the auspices of queer Theory and adopted intersectionality as a kind of Grand Unifying Theory of Social Power and Societal Injustice.

Before the postmodern turn, Marxist, socialist and other radical feminist theories saw power as an intentional, top-down strategy by powerful men in patriarchal and capitalist societies, but the advances of second wave feminism made this conception somewhat redundant. While boorish men with patriarchal assumptions continued to exist, it became increasingly untenable to view Western society as genuinely patriarchal or to see most men as actively colluding against the success of women.

Postmodern Theory offered an opportunity to retain the same beliefs and predictions – male domination exists and serves itself at the expense of women – while redefining them in terms diffuse enough to be a matter of faith, requiring no evidence: social constructions, discourses, and socialisation. The Foucouldian idea of a diffuse grid of power dynamics that constantly operates through everyone through their unwitting uses of languages fit the bill perfectly.

One casualty of this intersectional model which focuses primarily on the power of discourses is the neglect of the most materially relevant variable in many of the problems faced by women: economic class. This conspicuous neglect has been a matter of grave concern to left-leaning liberal feminists, socialist feminists and socialists more broadly.

The axis that has replaced class in social theory is privilege. This is a concept most closely associated with the theorist Peggy McIntosh, a well-off white woman influenced by critical race Theory. Privilege-consciousness has nearly completely replaced class-consciousness as the primary concern of those on the academic, activist, and political left. This attempt to flip the script by strategically redefining the absence of discrimination and disenfranchisement as unjust and problematic has arguably been a catastrophe for left-leaning politics throughout the developed world.

This shift away from class and towards gender identity, race, and sexuality troubles traditional economic leftists, who fear that the left is being taken away from the working class and hijacked by the bourgeoisie within the academy. It could still drive the working class into the arms of the populist right.