Czech historians indicted for challenging the official narrative on the Katyn massacre! 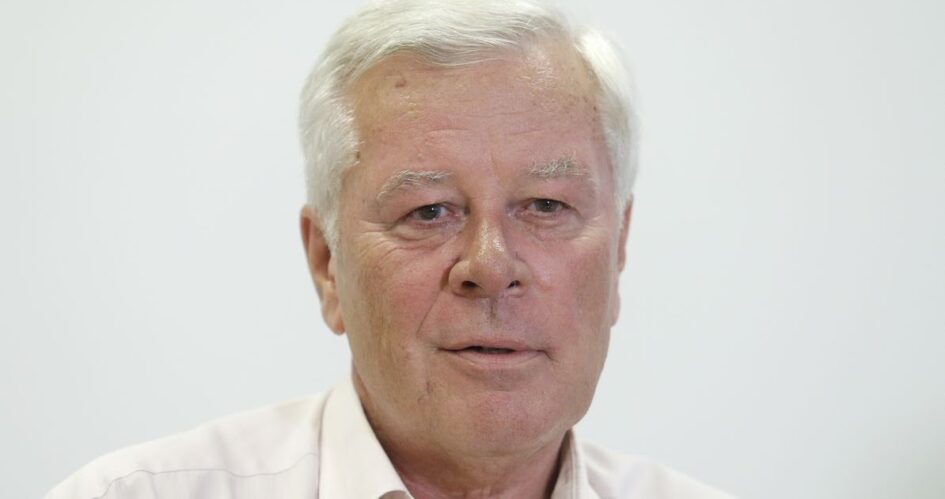 January 21, 2023 – From In Defense Of Communism
205 views
On 31 October 2022, Tomáš Hübner, single judge of the Prague 7 District Court, sentenced Josef Skála, a well-known Marxist intellectual and former vice-president of the Communist Party of Bohemia and Moravia (KSCM), together with Vladimír Kapal, and Juraj Václavík, all three indicted, to eight months’ imprisonment, under Article 405 of the Criminal Code of the Czech Republic, for having challenged the version attributing the Katyn massacre (the killing of thousands of Polish prisoners of war on the territory of the USSR, occupied by the Wehrmacht in the summer of 1941) to the Soviet leadership.
Two years earlier, on 2 July 2020, the three had participated in the public discussion forum – organized, at the request of the listeners, by www.svobodne.radio.cz – on the Katyn massacre, which had become one of the main topics of the anti-Soviet and anti-Communist crusade of the political and social forces that came to power in 1989, whose version of the facts blames the Soviets for the premeditation and execution of the crime. This version, based on the analysis of documents and evidence available up to 2020, is disputed by researchers and scholars from various countries, who have attributed it to the Nazi occupiers1.

In the forum of 2 July 2020 J. Skála emphasised that the aim was to stimulate further discussion without any dogmatic statements. Neither he nor the other speakers denied or questioned the massacre of Polish prisoners, nor did they endorse or justify it in any way. They have only entered into a debate, which has lasted for over three quarters of a century, on the attribution of responsibility. They were guilty of opposing the version that is now passed off as inviolable canon, arguing with reference to sources and documents, including those that emerged from the archives in the period after the collapse of the USSR. The broadcast received many positive comments and did not raise controversy.

On 18 March 2022 – almost two years later – all three participants in the forum were summoned by the National Command for Combating Organised Crime of the Police of the Czech Republic to provide explanations. This was the initial stage of the criminal proceedings, which culminated in the 8-month sentence on 31 October, to which they appealed.

The association PRAK (Against Repression and Criminalisation) highlights some ‘coincidences’ that reveal the instrumental political use of Article 405 of the Czech Criminal Code. A month before the criminal proceedings began, Josef Skála had announced his intention to run in the presidential elections. The indictment hindered him in the collection of the 50,000 signatures needed to submit his candidature. Moreover, he is among the most active supporters of the peace and anti-NATO movement, which took part in the massive autumn demonstrations in Prague and other centres of the country. The criminal code was used to target him and the opposition political movement of which he is an active member, in order to inhibit his political agility.

In 2000, shortly after the official entry of Hungary, Poland and the Czech Republic into NATO (12 March 1999), the Law was passed introducing Article 261a, which lumps together Nazi and Communist crimes, into the Criminal Code of 1961:

Whoever publicly denies, questions, approves or tries to justify Nazi or communist genocide or other crimes against humanity committed by Nazis or communists shall be punished by a term of imprisonment from six months to three years.

It will then become Article 405 in the new Criminal Code that came into force on 1 January 2010. This wording – like others in the penal codes of former socialist countries such as Poland, Lithuania, Slovakia and Hungary2 – leaves wide margins of discretion and arbitrariness to the judicial authority, which is transformed into the supreme scientific authority, repository of an indisputable truth, doubting which leads to imprisonment. In the countries of the ‘free’ EU, the medieval Inquisition Tribunal returns.

The criminalisation of the historical experience of communism was able to implant itself in the new political-legal approach of some Western countries in the 1990s – France (1990), Austria (1992) Germany (1994), Belgium (1995), Luxembourg (1997) – which considered opposing Holocaust denialism through the criminal code, in courtrooms instead of in universities and in public debate. A path that much of the community of researchers and historians criticised for its predictable perverse effects. Stefano Levi Della Torre, for example, wrote that it is “aberrant to punish by law crimes of opinion, also because this indirectly proposes that there is an official truth sanctioned by law. Falsehood by law presupposes a truth by law, and this is an idea familiar to inquisitions and totalitarianisms, and hostile to democracy and scientific research. Striking down a malicious lie by law also opens a breach in the field of constitutional rights that one does not know where it will end up. Aberrant and ill-intentioned opinions and theories must be fought on the terrain of cultural battles, actively”3 .

In the more than thirty years since ’89, through an uninterrupted and increasingly harsh media hammering by the anti-communist and anti-Russian nationalists of the former socialist countries of East-Central Europe and the extremist NATO ideologues, a new historical narrative has imposed itself in the EU, which overturns the one that – despite all the harshness of the Cold War confrontation – recognized the great historical value of the Allied anti-Nazi coalition and the fundamental and indispensable contribution of the Soviet Union to the victory against Nazi-Fascism. The seal on this new narrative was the European Parliament Resolution of 19 September 2019 ‘Importance of European memory for the future of Europe’ which removes any value from the international anti-Nazi-fascist alliance in order to unite in a condemnation without appeal Nazi Germany and the USSR, pointed at as co-responsible (with some heavier emphasis against the Russians) for the outbreak of World War II and all the mourning that followed, and pointing to liberal democracies as the beacon and the destiny of the peoples of Europe4. On this basis, the new Inquisition of the 21st century can thus operate, jailing anyone who raises even a well-founded doubt about the history written and sanctioned by the political forces in power.

The incrimination and conviction of Josef Skála and the other speakers at the Katyn debate on 2 July 2020 goes beyond the same broad meshes and great discretion (with easy slippage into arbitrariness) that the Czech criminal legislation gives to the police authorities and the judge, as denounced by a group of democratic lawyers and jurists in a circumstantial document, which noted that in the programme of 2 July 2020, there was not the slightest emotional excess or statements that could insult or humiliate anyone today, or threaten their rights or the values and norms of a democratic society. The radio discussion on crime 80 years ago offered publicly available results from serious scholars; none of the arguments put forward were without a documentable source. Therefore, the programme was entirely consistent with what the current Czech Constitution and the Charter of Fundamental Rights and Freedoms guarantee to freedom of expression.

The indictment and conviction of the three rapporteurs sets an alarming precedent, is a further step towards an EU that is less and less tolerant of dissent, and increasingly at odds with those principles of freedom that it so loudly proclaims at every turn.

The solidarity with those indicted in Prague and the commitment to their full exoneration now takes on the value of a more general battle in the EU for the defence of freedom of expression and political agility, against repression.

3.See 6 ragioni per non punire il negazionismo [6 Reasons Not to Punish Denialism], 30 October 2010, at http://www.hakeillah.com/5_10_01.htm. See also, among others, Contro il negazionismo, per la libertà della ricerca storica [Against Denialism, for Freedom of Historical Research], signed in 2007 by hundreds of academics and scholars, published in “Storicamente”, 2 (2006), https://storicamente.org/02negazionismo.

Challenging the myths of empire: An interview with Priyamvada Gopal

The Contemporary Beginning of Czech McCarthyism

Official statement: “Cuba advocates a solution that guarantees the security and sovereignty of all”