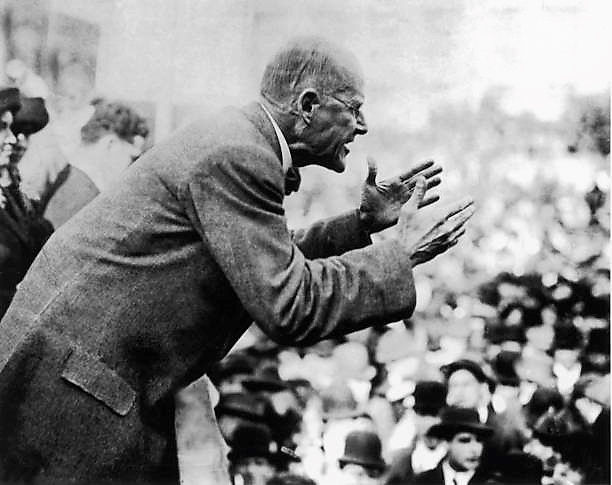 The burning question of the hour is that of unity and by this I mean the unity of all workers for the overthrow of capitalism. The country is full of object lessons demonstrating its imperative necessity…

Ten thousand class-conscious workers have far greater dynamic power than a hundred thousand whose only conception of unionism is to fawn at the feet of their masters and boast loudly of a great victory when the miserable wage pittance has been increased 15 cents a week, or the defeated members allowed to wear their union buttons on the patched seat of their trousers.

There are certain so-called labor leaders who court the smiles and wiles of the capitalist class in the vain hope of effecting permanently harmonious relations between them and their fleeced and miserable victims. The working class will never be united on that basis or under that leadership. — from Debs’ Labor Day Message, September 9, 1905