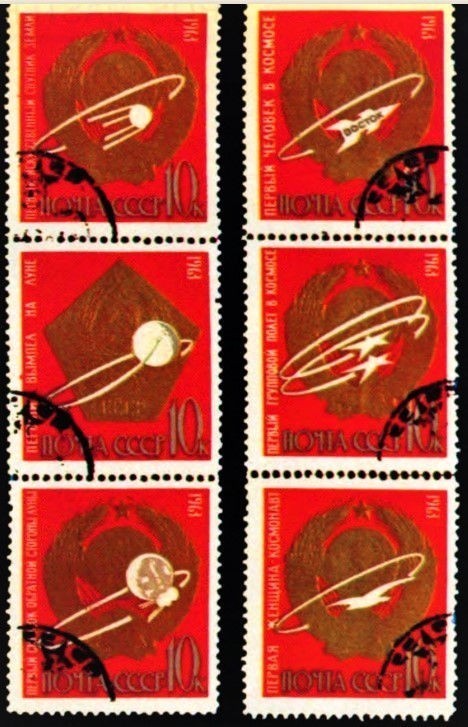 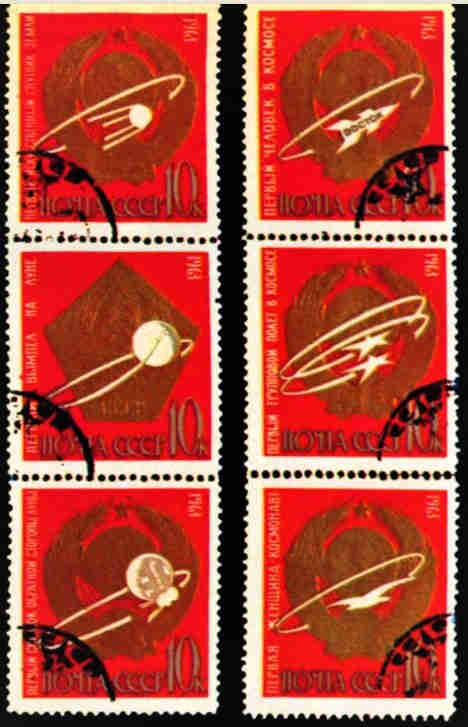 Artist Igor Kominarets won the prize in the competition for the design of a series of space exploration commemoratives. The six stamps in the series display the seal of the Soviet Union in gold and the space probes and their orbital paths shown against a bright red background. To the left is the description of the flight commemorated: “First artificial earth satellite,” “First pennant on the moon,” “First photograph of the hidden side of the moon,” “First man in space,” “First group flight in space,” “First woman cosmonaut.”