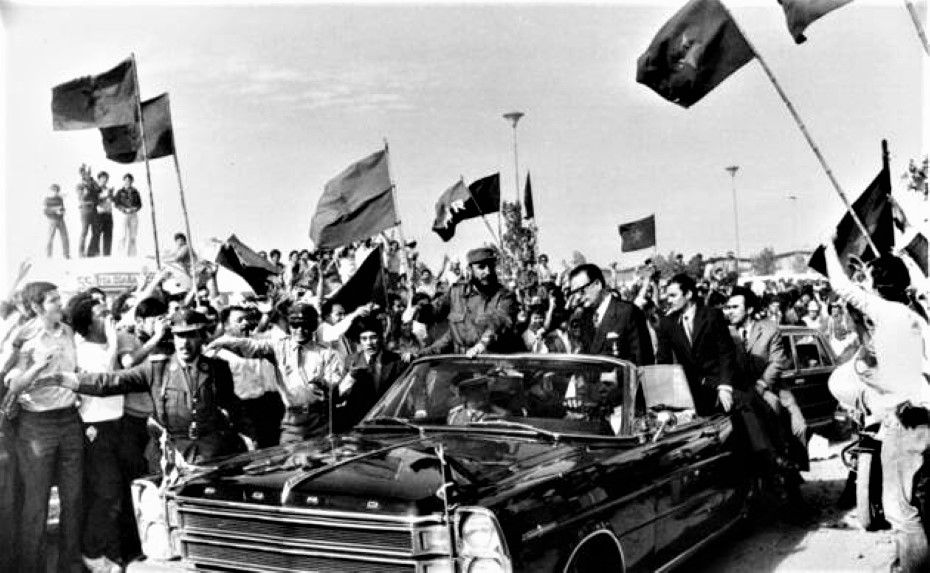 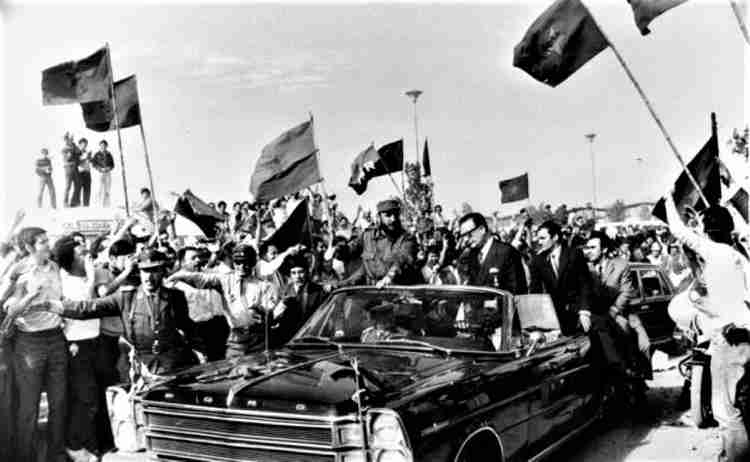 Castro and Allende greeted by huge crowds during Castro’s visit to Chile in November, 1971 — Daily LIFT #587

“When the revolution triumphed in our country there were half a million unemployed. There were 10,000 teachers without work and 60 percent of the school-age population did not have schools. Of the other 40 percent who did go to school, only 10 percent reached the sixth grade. There were almost a million illiterates in our country These are the rights and the freedoms they give us. The workers, a pariah of society, did not even know how to sign their name. Imagine human being, poor, barefoot, with torn clothing, starving to death, without teachers, without hospitals, without work, without anything, without even knowing how to sign their names, this was the freedom they gave us. These were the human values they defended. Yes, our country lived through all these bitter experiences, and when the peasants would meet to protest the Yankee landowners’ takeover of their lands or the great companies’ expulsion or exploitation of them, then they were even more brutally repressed, and when the workers met to demand their rights, they were also brutally repressed. And when the students gathered to protest, they suffered brutal repression. Our country experienced 50 years abuses, violations, crimes, and injustices of every kind. The system was maintained based on crime and corruption, and the politicians were at the service of the monopolies. Every day the millionaires sacked the country from end to end. The imperialists not only sacked the nation; they left a few crumbs to support a plague of politicians and corrupt officials who were totally at their service. This was the situation in our country. These are the moral and political values. These are the human rights of the oligarchs, the reactionaries, and the imperialists who, when they see that their domination is endangered, lose their heads, lose control, and lose everything. They become desperate and are capable of the most incredible treacheries and the most horrible and vile actions.

This desperation is manifested by unlimited hypocrisy and lies because they try to hide these facts. When the revolution triumphed in our country they still sought other methods, but the day came when the Cubans put an end to this. But this was only the beginning of a long harsh road on which the Cubans defied the powerful empire, and naturally had to pay for it, since the imperialists were not willing to lose all their privileges. There were not only material factors involved but political ones as well. They were not willing to allow a Latin American country to completely shake off their yoke; we had shaken off the imperialist yoke 100 percent, yet they were unwilling to allow that.” – Fidel Castro, from the speech at rally held at El Teniente stadium in Rancagua, Chile on 24 November, 1971.