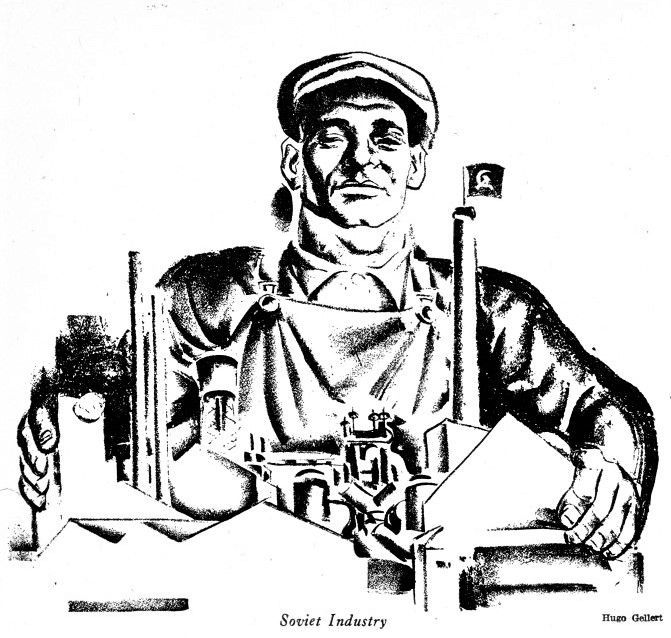 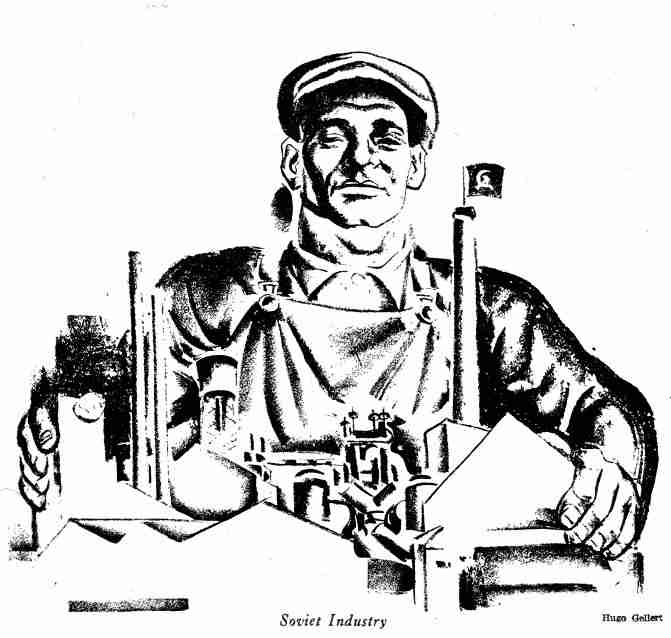 A sketch released by Hugo Gellert when the Soviet Union was invaded in 1941. Gellert was a member of the Communist Party in the United States who rose to fame in the 1920s and 1930s through his political posters and art as well as illustrations he did for socialist and communist magazines. He was blacklisted during the McCarthy era and opened a gallery for blacklisted artists in New York. Gellert died in 1985.