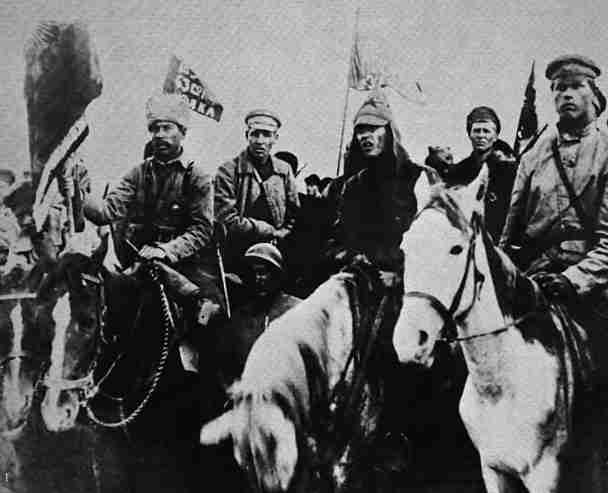 Comrades, by your labor and sacrifice you have saved the cause of the workers and peasants, upheld the great gains of the Socialist Revolution.

All the forces of the old world took up arms against you. The Russian landowners and capitalists, the czarist generals, the bourgeoisie of the whole world pooled their efforts to suppress the working masses, to crush the Soviet Republic, to restore the old way of life in our country, under which the exploiters breathed so freely and the working people led so hard a life.

But you emerged victorious from this unequal struggle. The flame of revolutionary enthusiasm urging you on and your readiness for any sacrifice that would help liberate the working masses proved stronger than tanks, battleships and the gold of your enemies. You defeated the internal counter revolution in the two-year- long titanic struggle against overwhelming enemy forces. You routed the hordes of Kolchak, Yudenich , Miller and Denikin. You beat off all the onslaughts of the world bourgeoisie. You returned to the socialist home land the richest regions. You smashed the hunger blockade and forced the many enemies of Soviet Russia to seek peace with it.

You have honestly discharged your duty, you have thrown back all enemy encroachments. You have won peace for the socialist homeland and given it a chance to move on to the main task – the building of a fraternal life of labor.

— From the Message of Greeting addressed by the Ninth Congress of the RCP(B) to the Red Army and Red Navy of the RSFSR, March – April 1920