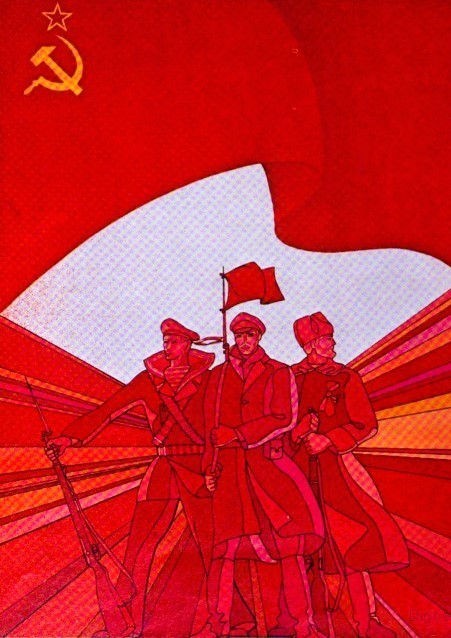 The workers in the Red Guards supported by the revolutionary soldiers and sailors played a decisive role in the 1917 October Revolution. But the victorious uprising was not the end of the Revolution. The young Soviet state was in danger and the Red Guards alone could not defend it. The state had to speed up the organization of a regular army; the decree on the formation of the Workers’ and Peasants’ Red Army was adopted on January 28, 1918. By that time foreign imperialists and the counter-revolutionists within the country were rearing their heads. Foreign intervention and civil war was breaking out. It was a time of trial. The Red Army conducted itself with honor through the bloody battles, and by 1920 the main forces of the interventionists and the White Guards were crushed. Only in the Far East did the war drag on into the autumn of 1922, when the last Japanese units were expelled. — from Soviet Life Magazine November 1977