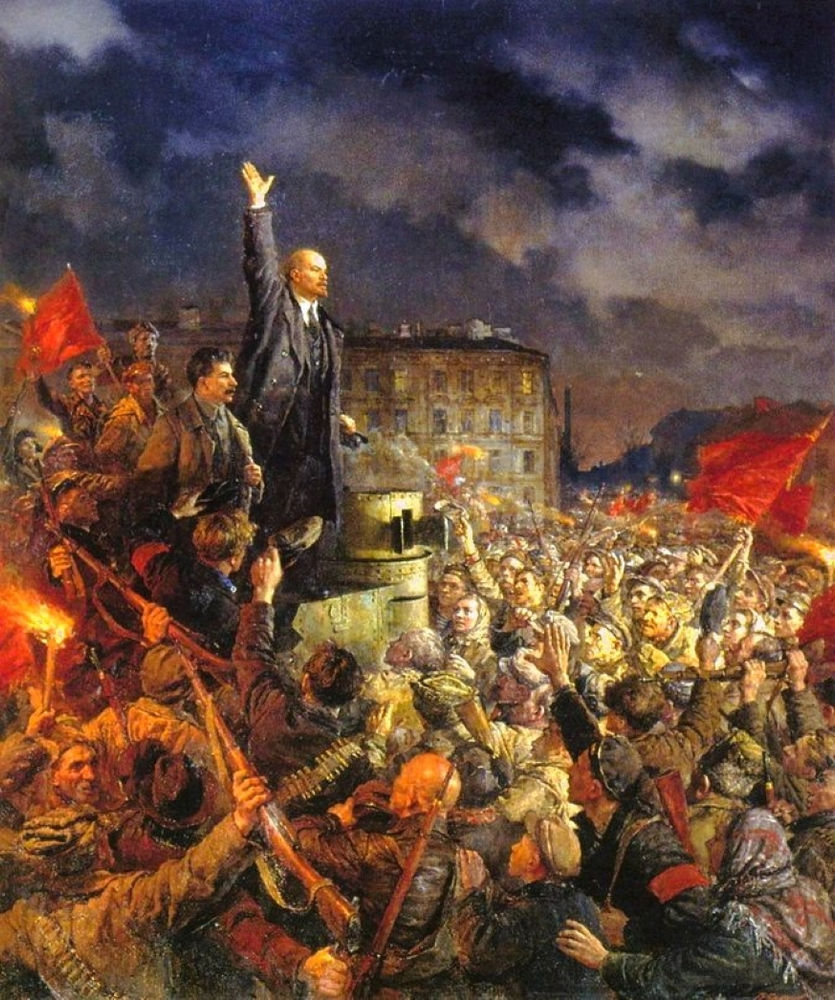 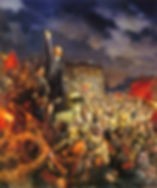 From the Great Soviet Encyclopedia:

Serov studied with V. E. Savinskii at the Leningrad Academy of Arts from 1927 to 1931; he received his graduate training there from 1931 to 1933, studying under I. I. Brodskii. He taught at the academy between 1933 and 1942. Serov served as the first secretary of the board of the Artists’ Union of the RSFSR (1960–68) and as president of the Academy of Arts of the USSR (1962–68). Remaining at his post as chairman of the Leningrad division of the Union of Soviet Artists during the Leningrad blockade (1941—43), Serov took an active part in defending the city and mobilizing artists for the battle with the enemy (camouflaging various objects and making posters and leaflets).

As an artist, Serov primarily executed historical revolutionary paintings, creating works marked by ideological purpose-fulness, clear composition, and precise line. Particularly noteworthy is V. I. Lenin Proclaims Soviet Rule (1947, People’s Republic of China; 1962 variant, Tret’iakov Gallery), which was awarded the State Prize of the USSR in 1948. Other works in this vein included Foot Messengers With Lenin (1950), V. I. Lenin Central Museum, Moscow; State Prize of the USSR, 1951), The Winter Palace Is Captured (1954, Tret’iakov Gallery), and The Decree on Peace and The Decree on Land (both 1957, Tret’iakov Gallery).

Serov was also a portraitist; particularly well known are his portraits of participants in the battle of Leningrad (1942–44, Leningrad Russian Museum and other museums). His works include landscapes (Gorki Leninskie [Winter Day], 1953, Kostroma Oblast Picture Gallery), posters (We Defended Leningrad, We Will Restore It!, chromolithograph, 1944), and book illustrations (to Nekrasov’s Who Can Be Happy in Russia?, 1948–49, black pencil, black chalk, and gouache; to Tolstoy’s War and Peace, 1951–53, mainly tempera).

Serov was a member of the Central Auditing Commission of the CPSU. He was awarded two Orders of Lenin, the Order of the Red Banner of Labor, and several medals.