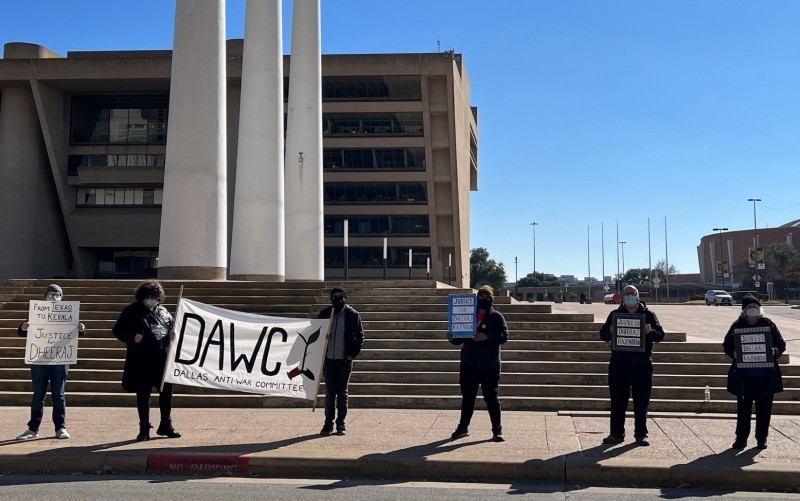 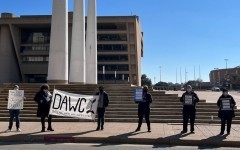 Dallas, TX – On January 16, progressives gathered downtown at Dallas City Hall to demand justice for Dheeraj Rajendran, an engineering student and member of the Student Federation of India, a mass student movement connected to the Communist Party of India (Marxist), murdered in the Indian state of Kerala by members of the Kerala Students Union and the youth wing of the Indian National Congress.

Dheeraj was murdered by the local branch of the Youth Congress because he was poised to win local school elections at the Government Engineering College of Idukki.

The protest was called by the Dallas Anti-War Committee, and attended by members of several organizations, including CODEPINK and Democratic Socialists of America. Signs at the rally called for justice for Dheeraj Rajendran.

After the rally, participants gathered around the steps to City Hall to hear more about Dheeraj Rajendran, as well as information related to the political situation in Kerala and in India in general, from Rick Majumdar, an engineering student and activist leader at The University of Texas at Arlington and who was an online acquaintance of Dheeraj.

In Kerala, a street food festival takes on communal forces