Daniel Ellsberg: Indict Me Too 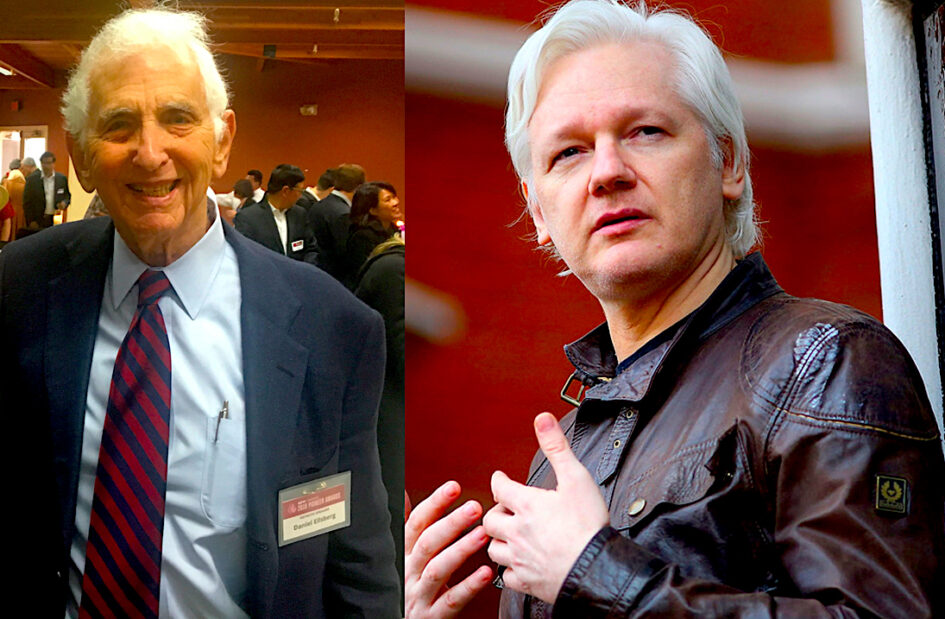 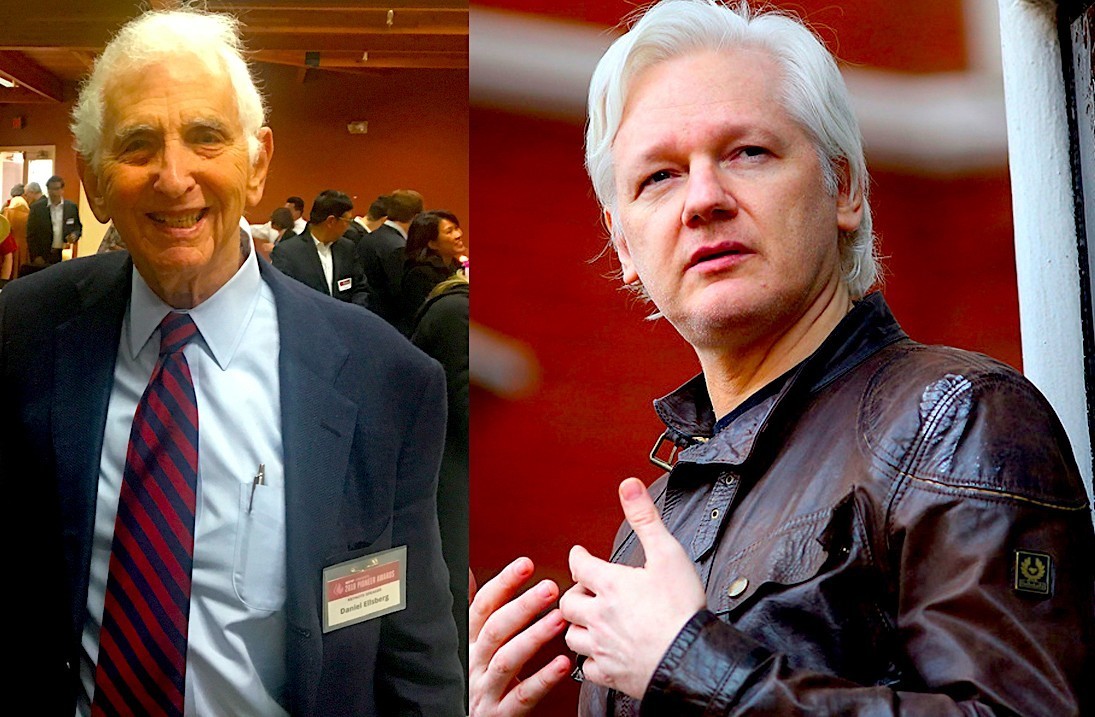 Daniel Ellsberg has called on the U.S. to indict him for having the same unauthorized possession of classified material as Julian Assange. Ellsberg follows the Cryptome.org founder who has also invited prosecution, reports Joe Lauria.

Pentagon Papers whistleblower Daniel Ellsberg has told the U.S. Justice Department and President Joe Biden that he is as indictable as WikiLeaks publisher Julian Assange for having unauthorized possession of classified materials before they were published by WikiLeaks and that he would plead “not guilty” because the Espionage Act is unconstitutional.

Ellsberg revealed this week to the BBC interview program Hard Talk that Assange had given him the files leaked by U.S. Army intelligence analyst Chelsea Manning to keep as a backup before they were published by WikiLeaks in 2010.

Assange has been charged with violating the Espionage Act for possession and dissemination of classified information and faces 175 years in a U.S. prison if he is extradited from Belmarsh Prison in London.

Ellsberg is the second figure this month to come forward calling on the U.S. government to indict them for the same reasons Assange has been charged.

“Cryptome published the decrypted unredacted State Department Cables on September 1, 2011 prior to publication of the cables by WikiLeaks,” John Young wrote in a Justice Department submission form, which Young posted on Twitter last week.

“No US official has contacted me about publishing the unredacted cables since cryptome published them,” he wrote. “I respectfully request that the Department of Justice add me as a co-defendant in the prosecution of Mr. Assange under the Espionage Act.”

The 1917 Espionage Act does not exempt journalists from receiving and publishing classified information, which Ellsberg says is a clear violation of the First Amendment and should be challenged in the U.S. Supreme Court.

Anyone who has downloaded a classified document from WikiLeaks, Cryptome or any other source, or posted it online is liable to prosecution under the Act, which would include millions of people around the world.

Receiving and publishing classified information is routine work for journalists at major publications. Five newspapers partnered with WikiLeaks to publish Manning’s material in 2010 but only Assange has been charged. Those five newspapers last week called on the Biden administration to drop the charges on Assange because of the threat to the First Amendment.

The Obama administration declined to indict Assange in 2011 because it understood that it would also have to indict New York Times editors and reporters for having published the same materiel Assange did.  That is the only material Assange was indicted for.

He was not charged for releases exposing Central Intelligence Agency hacking activities in 2016, though that so infuriated then C.I.A. Director Mike Pompeo that Pompeo later asked for plans to be drawn up to either kidnap or kill Assange while he was living under asylum in Ecuador’s London embassy.

The Trump administration then had Assange arrested and charged under the Espionage Act in 2019. Despite being part of the Obama administration, Biden has refused to drop the case.

When those plans were first revealed at Assange’s extradition hearing in 2020, Ellsberg said that the government was treating Assange worse than he had been treated and that it should have set Assange free.

“That’s essentially the same information that ended my case and confronted Nixon with impeachment, leading to his resignation!,” Ellsberg said in an email to Consortium News at the time.

Ellsberg’s prosecution for leaking the Pentagon Papers ended in a mistrial after President Richard Nixon’s “Plumbers” broke into Ellsberg’s psychiatrist’s office trying to get dirt on him by stealing his medical files; Nixon had Ellsberg illegally wiretapped; the government said it lost the wiretaps when asked to produce them at trial; and the government tried to bribe Ellsberg’s judge with the directorship of the F.B.I.

Revealing he too had Manning leaks, Ellsberg dares DOJ to prosecute him like Assange