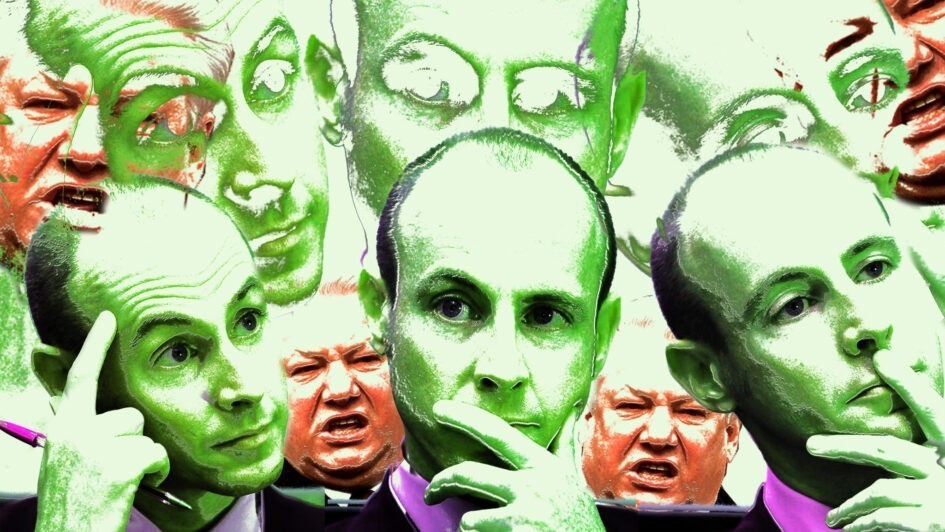 On 14 August 2021, one imperialist hack by the name of Daniel Hannan (Lord Hannan of Kingsclere, former Conservative Party MEP and current advisor to the UK Board of Trade), wrote an article in the Telegraph proclaiming black was white, up was down and right was wrong! The title of his anti-Soviet diatribe of crude fiction was titled “The collapse of the USSR thirty years ago was a victory for nationhood over tyranny.” The collapse of the Soviet Union was not an overnight event that happened because everyone was drunk, it had been a long time in the making with traitors and Western spies pushing and working for it ever since the death of comrade Josef Stalin.

Gorbachev was the last player in that slow, sly overthrow of the greatest social experiment in human history and to try and portray him as a helpless bystander is to stand events and logic on its head. Instead of truth, we are given a drunken Yeltsin as the defender of the Soviet Union and those who holed up in the White House, surrounded by tanks, as the equally drunken conspirators and thus, in the words of Daniel Hannan, The Soviet Union “ended in a drunken stumble, for that is more or less how it began.” To help the reader understand the meaning of that short quote we must borrow a quote that he uses to justify his words. We are told it is a “first-hand account of the storming of the Winter Palace” though he refrains from naming the said teller of the account! (A search for the reproduced quote reveals that it was written by an observer, involved in the Kerensky Government and who had an office in the Winter Palace, and was evidently a bourgeois, sympathetic to Tsarism and very much against the Bolsheviks, surprise surprise.)

“The Palace was pillaged from top to bottom by the Bolshevik armed mob, as though by a horde of barbarians. All State papers were destroyed. Priceless pictures were ripped from their frames by bayonets. Several hundred carefully packed boxes of rare plate and china, which Kerensky had exerted himself to preserve, were broken open and the contents smashed or carried off. Desks, pictures, ornaments – everything was destroyed. I will refrain from describing the hideous scenes which took place in the wine-cellars.”

Obviously, the teller of this tale of woe was a person of great sensitivity to be so moved by the destruction of items of wealth and unable to cope with the horrors of the cellars. Luckily, we are not so sensitive, to make sure that the revolutionary masses kept their minds on the job of insurrection, every single bottle and barrel in that cellar was ordered smashed and that order was carried out in full!

The glorious following years of Soviet achievement in the fields of mathematics, science, food production, building, the arts, medicine, sport, assisting other nations and, of course, being, along with China, the main breakers of German fascism and Japanese militarism (also the main sufferers in terms of both life and property) during the second world war. This is all dismissed by Mr Hannan in the following terms;- “ The looting went on for the next seven decades: seizures, conquests, expropriations. So did the bloodshed, in oceanic quantities. The sanguinary seas were fed by torrents of vodka.”

Daniel Hannan seems to be consumed by the idea that a bottle lies at the bottom of everything he holds as bad as he continues “By the 1970s, alcoholism was killing Russians at a younger and younger age. A combination of falling life expectancy, low birth rates and emigration created a demographic crisis in the former Soviet lands whose impact has not yet been fully felt.” All of this bile without even a shred of proof. And what of that “falling life expectancy, low birth rates and emigration” that he throws in for good measure? Without dates those claims mean nothing, falling life expectancy during horrific bloody wars being visited on your lands is to be expected and low birth rates are also to be expected at such times so if these things are to be held up as a proof of nation-wide drunkenness it would help to give dates. Also, when and how did “emigration” empty the mighty Soviet Union?

Oh, and going back to the actual fall of the Soviet Union, Mr Hannon gives us these considerably weighty words as the reason “…the entity that brought about the dissolution of the USSR was Russia. When Yeltsin assumed control of the security forces on the territory of the Russian Federation, he effectively let the other 14 republics go their own way.”

Not content to have displayed his ignorance of the Soviet Union the ‘indomitable’ Mr Hannan carries on claiming that nationalism is the best thing for the present world and that in spite of claims that nationalism unleashed would create racial hatreds to flourish (his way of having a right-wing pop at the EU) he believes just the opposite is true. He does have to admit here that recent wars such as in Georgia and the coming to power of fascists in the Ukraine do ‘sort of prove him wrong’ but decides that that is the fault of those former Soviet nations that retained a quasi-Soviet system such as Tajikistan, Turkmenistan, Uzbekistan and Belarus!

Mr Hannan finishes his little dig at those four republics with the self-comforting words that “The end of that” (Soviet) “system elsewhere represented a gargantuan advance in net human contentment.” We don’t think he had Russia in mind when he said ‘elsewhere’ of course! No, he probably just didn’t realise that is what his last sentence sounded like! We are sure that neither Daniel Hannan or the Telegraph see anything positive in the capitalist Russia that has now arisen.

Of course, The Modern, capitalist Russia suffered terribly with the fall of the USSR (pork consumption has only just got back to Soviet levels) and the imperialist vultures circled it waiting for it to expire. Through the hardships and suffering of its working classes, it managed to not only not expire but has dragged itself up, not to its former Soviet height, but certainly to a standing in the world that has the imperialists worried. Russia may be capitalist now, but it remembers its Soviet past and does not act like the imperialists! It has lent real assistance to many beleaguered nations and with China, and other anti-imperialist countries such as the DPRK, Cuba, Iran, Syria and others, and this gives Mr Hannan, the US, UK, EU et al hellish nightmares.

Sympathy for the devil: Another bourgeois historian prefers fascism