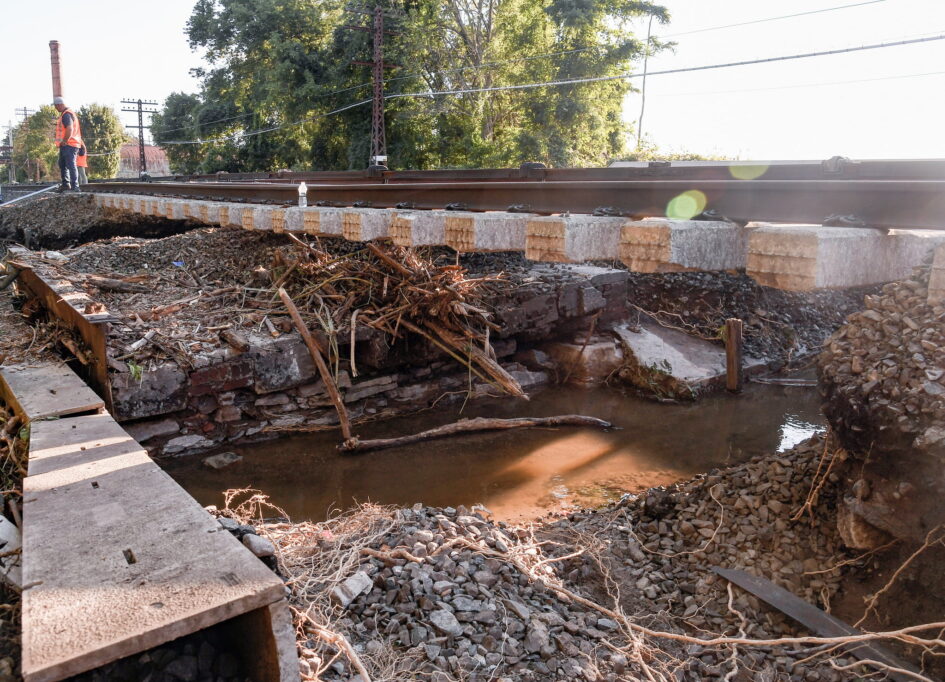 Last week, the tail end of Hurricane Ida destroyed homes, paralyzed transport, and killed dozens across New York City and the Northeastern United States. This latest climate change-related “superstorm” has exposed capitalism’s impasse in one of the world’s wealthiest cities.

Hurricane Ida’s arrival in Louisiana coincided with the sixteenth anniversary of Hurricane Katrina, and its wake of destruction eerily echoed its predecessor. By the time it crashed onto the coast, it had transitioned from a tropical storm to a major category-four hurricane with sustained winds of 150 mph. The storm has since left 68 people dead, claiming 25 lives in New Jersey, 18 in New York, 13 in Louisiana, and 12 in other states.

In New York, the governor declared a state of emergency in response to last Wednesday’s record rainfall. Flash floods swept away cars and submerged the city’s subway lines, prompting multiple water rescues. Houses and apartments were likewise overtaken by floodwater.

Already in 2012, Hurricane Sandy struck the Northeastern US, becoming one of the deadliest storms in recent times. That storm caused massive blackouts, over $65 billion in damages, and killed 49 people in New York alone. Nearly a decade later, the city was still unprepared to cope with the flash flooding. While the pace and ferocity of Ida was unprecedented, the gross negligence of the ruling class has been even more disastrous than the storm itself.

On the Thursday after the storm, nearly 150,000 people in the tristate area were left without power. Most of these homes are serviced by Con Edison, the city’s biggest electricity provider. The storm was the immediate cause of the blackout, but policymakers’ corruption and lax oversight had long weakened the city’s main utility.

Con Edison has prioritized paying out dividends over the grid’s maintenance and resistance for years, a practice with devastating consequences. After Hurricane Sandy in 2012, the Utility Workers Union of America released a report highlighting how decades of deregulation made it difficult for “our members to keep the physical systems in acceptable working condition,” even before the storm.

But a dysfunctional electrical grid is just one of the problems in New York City’s infrastructure. The decrepit subway system was also shut down by the floods, with impactful images showing torrents of water bursting through the tunnels’ ceilings and covering the tracks. More than 800 passengers had to be rescued from flooded trains. Prior to this, the city’s transit infrastructure was already in shambles, after years of neglect and a lack of attention by the state.

Twenty of the 69 above-ground water rescues happened in Queens, the borough with the highest number of casualties. Due to skyrocketing rent prices in the city, many basements have been illegally converted into cheap apartments, occupied mainly by poor and immigrant workers who cram themselves together to be able to afford rent. The storm turned at least six of these Queens basement apartments into death traps, with tenants unable to escape and drowning in their own homes.

The working class has suffered vicious attacks on our living standards through austerity and worsening working conditions, all in the pursuit of super-profits for the rich. The crises in housing, infrastructure, and the climate have now converged with catastrophic results. The recent ruin of New York City is a clear example of the putrid nature of the capitalist system.

Although the intensity of the storm may have come as a surprise to many residents, authorities were well aware of the potential incoming threat. On Tuesday, the day before Ida hit the region, the National Weather Service predicted the East Coast would have massive rainfall from the tail end of Ida. But city officials did not facilitate evacuations or implement travel bans in preparation for the storm. Even the supposedly “progressive” mayor of New York City, Bill DeBlasio, admitted the city was ill-prepared and did not sufficiently warn and protect residents from the storm.

“This was not part of any previous playbook, but we’ve got to literally change the whole way of thinking,” he said in an interview. In the words of a city councilman, “It is unacceptable that we did not prepare for Ida with the same rigor that we did for Henri, and that is a failure on the city’s part.”

Some subway system ya got there. This is the 157th St. 1 line right now. @NYCMayor @BilldeBlasio pic.twitter.com/xyfTAUPPNu

As the effects of climate change continue to intensify, storms of this caliber will increasingly have deadly consequences in the absence of immediate, wide-ranging provisions. The most recent storm to hit the Northeast was Hurricane Henri, which struck just ten days before Ida on August 22, leaving 140,000 homes without power. And before that, Hurricane Elsa in July led to flooding throughout the region. Power lines fell, and commuters were seen wading through waist-deep water in subway stations.

With little recovery time from one storm to the next, conditions to withstand this year’s hurricane and storm season were weak. We may not know precisely when and where every storm will hit, but we know full well that hurricane season comes every year—and that it is only a matter of time before another“big one” hits a major population center. As climate change changes weather patterns around the planet, storms become more frequent and aggressive. Indeed, while Hurricane Henri set a record of rain per hour with a downpour of 1.94 inches in just one hour, Ida blew up the charts with 3.15 inches of rain in one hour.

Already, the strongest 1% of storms in the Northeast produce 55% more rainfall than they did in the mid-20th century. The New York City Panel on Climate Change released a report predicting that annual precipitation will increase by 25% in New York over the next century. The report also cited the different areas that would be more susceptible to “deep and contiguous flooding,” which mostly included working-class and poor neighborhoods in Brooklyn and Queens.

Additionally, 72% of New York City’s surface is paved with impervious materials that do not allow runoff from rainfall to be absorbed by the environment. Instead, the water gets channeled to sewers that divert and drain at the coast. But with the rise in sea level due to climate change, the sewer system cannot drain properly. All of this paints a grim picture for the future of New York unless sweeping and urgent action is taken to transform the city’s infrastructure.

The capitalist state has been completely ineffective at improving the situation. With infrastructure crumbling in cities nationwide, President Joe Biden initially proposed a grandiose-sounding infrastructure plan to address deteriorating conditions. Under the influence of big business, House Representatives have attempted to stall the bill. Last month, the Senate passed a $1 trillion version of the bill—a far cry from the $3.5 trillion originally promised. But even the original proposal fell well short of the kind of investment and economic planning needed to effectively combat climate change.

Under capitalism, the climate crisis has continually worsened while the billionaires rake in the profits. At least 71% of all global greenhouse gas emissions come from just 100 companies. So although individuals may change their actions to try and reduce their impact on the environment, the real culprits are the capitalists, who, in their narrow self-interest, have exacerbated the calamity at the expense of humanity’s future.

Amid raging wildfires and megadroughts in the western part of the US, Hurricane Ida is just the latest in a year filled with catastrophic climate events—a stark reminder that the climate crisis poses an immediate, existential threat to humanity. It has also revealed capitalism’s inability to provide efficient protections or maintain infrastructure to withstand the new climactic normality. And as recent historic floods in Germany and China show, it is a worldwide phenomenon that can only be combatted on the basis of international cooperation and planning, free from the constraints of the profit motive.

The solution does not lie within the confines of the capitalist system. It does not lie in passing bills or waiting for the ruling class to take action. The only way forward is for the world’s working class to take control and ownership over economic and scientific production. In a democratically-run society with a nationalized, planned economy under workers’ control, we could quickly assess and address the root causes of climate change. With the world’s productive resources at its disposal, a workers’ state could swiftly update infrastructure and repurpose the economy to meet these challenges.

Under a planned economy, workers would not have to live in cramped, dangerous basements. A socialized plan for housing would ensure everyone lives safely and with dignity. Without the limits imposed by capitalist austerity budgets, organized and prepared evacuation plans could be readily implemented whenever storms hit. But none of this can be accomplished with the capitalists still in power. Capitalism is the real culprit, and the capitalists are not about to abolish their own system. Only the organized, collective power of the working class can achieve this—and we don’t have unlimited time to do it.