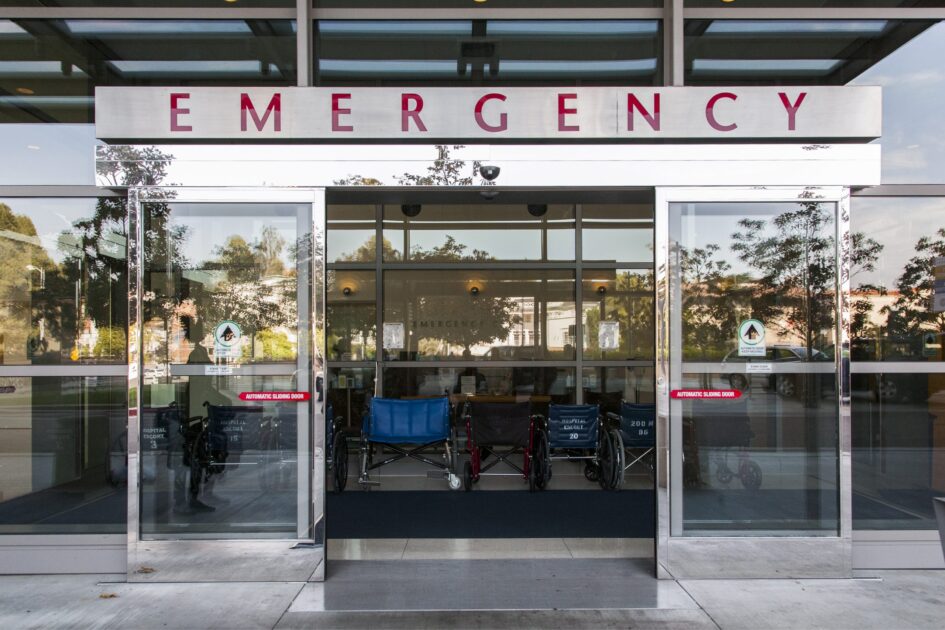 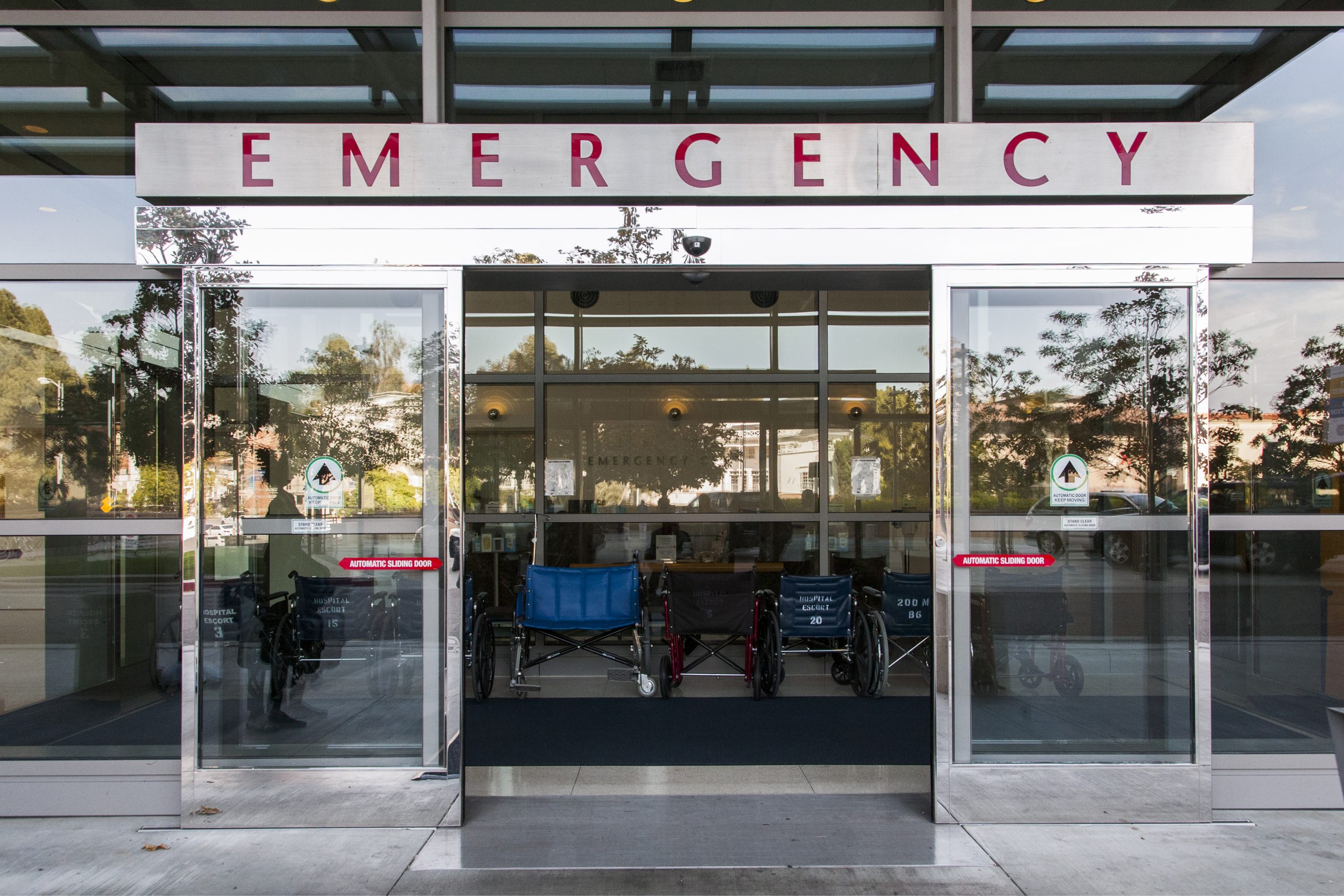 The United States is the only industrialized nation in the world without universal healthcare. Instead, Americans are forced to rely on a mixture of profit and nonprofit private and public healthcare insurers and providers. The United States federal government provides healthcare coverage through Medicare to individuals ages 65 years and older, and to some individuals with disabilities, military veterans, and children through Medicaid and the Children’s Health Insurance Program (CHIP).

Around 26 million Americans, about 8% of the population, including just under 2% of children, have no health insurance coverage at all. Low-income families are more likely to be uninsured, with the high cost of health insurance cited as the main factor as to why people remain uninsured in the US. The lack of coverage significantly worsens Americans’ access to health care and many face unaffordable out-of-pocket medical bills if they do seek care.

A 2009 study by Harvard Medical researchers found that 45,000 Americans die every year directly as a result of not having health insurance. 13% of Americans, about 34 million people, reported in a 2019 Gallup poll that they had a friend or family member pass away prematurely after being unable to afford medical care.

The uninsured rate has declined since the COVID-19 pandemic as a Federal Public Health Emergency (in place until at least January 2023) has laxed continued enrollment eligibility for individuals with Medicaid. It’s estimated that anywhere from 5.3 million to 14.2 million Americans could lose Medicaid coverage when the federal public health emergency is lifted.

Around 155 million non-elderly Americans rely on health insurance coverage provided through their employer, with the average annual premiums in 2021 for employer-sponsored health insurance sitting at $7,739 for single individual coverage and $22,221 for family coverage. On average, 17% of costs for individual coverage and 28% of the costs for family coverage come out of workers’ own income.

When an individual loses their job, they must find new healthcare coverage or sign up for a federal program called the Consolidated Omnibus Budget Reconciliation Act (COBRA), to extend their healthcare plan up to 18 months. However, workers must pay the full costs and an administrative fee to do so, which can be prohibitively expensive. ‘Job lock’ is a term referring to workers feeling compelled to remain in an undesired job for fear of losing income or benefits such as healthcare coverage, and the number of employers offering health insurance coverage has been declining as costs rise for both employers and workers.

Despite the lack of universal healthcare coverage in the US, the country spends significantly more on healthcare related costs than comparable countries. In 2021, the US spent an estimated $12,318 per person on healthcare, the highest per capita compared to other wealthy nations in the Organisation for Economic Co-operation and Development (OECD). Excluding the US, the average for wealthy OECD countries was $5,829 per person, with the UK spending $5,387 per person.

$1,055 per person in the US was spent solely on administrative costs, compared to $97 per person in the UK. A 2019 analysis by the Center for American Progress estimated the US spends  $248 billion on excess healthcare administrative costs annually. The significant healthcare spending costs in the US do not translate to better health outcomes; life expectancy in the US in 2021 was 76.1 years and the US ranks behind other wealthy countries in performance metrics for health care outcomes. The US spends less per person on long-term healthcare costs than the average for OECD countries.

A 2022 analysis by the Kaiser Family Foundation found 23 million Americans, 1 in 10 US adults, have significant debt from medical expenses, at least $250, owing a total of at least $195 billion in medical bills. Middle-aged adults and Black Americans are most likely to hold some form of medical debt. In a 2022 poll, the Kaiser Family Foundation found that 4 in 10 US adults, or 41%, reported having medical or dental debt, which includes debt owed on credit cards, collection agencies, family, friends, banks, or other lenders. Thousands of Americans are forced to crowdfund for assistance with high medical bills and costs related to debilitating illnesses such as cancer. The online fundraising organization GoFundMe claims over 250,000 fundraisers started by individuals or organizations are started every year, raising more than $650 million per year. The majority of crowdfunding campaigns for medical expenses fail, with research showing almost 90% do not reach the set goals and only half reach 25%of the set fundraising goal, and campaigns in the highest income ZIP codes raised significantly more funds.

Americans pay higher prices for prescription drugs than any other country in the world, at rates 2.5 times as high as prices in similar-income nations. According to a poll conducted by the Kaiser Family Foundation in February 2019, 24% of adults and 23% of senior citizens reported difficulty in affording their prescription medications. A Gallup poll published in November 2019 reported 22.9% of Americans could not afford their prescription medications at least once over the past year. The discrepancies of prescription drug prices are so high, Americans who live near the borders of Canada or Mexico frequently take trips over the border just to buy prescription drugs because the savings for the same exact drugs are so substantial. These high costs often result in Americans filing for bankruptcy due to the burden of medical debt. A study published in 2019 found 530,000 bankruptcies filed by individuals every year are due, at least in part, to medical debt.

As debt for individuals continues to pile up, hospitals go out of their way to collect, even suing families for payment. A recent investigation by Kaiser Health News of more than 500 different hospitals in the US found at least two-thirds of hospitals sue patients over medical bills, including legal actions such as garnishing wages or placing liens on their property. A quarter of hospitals sell patients’ debts to debt collectors and about 1 in 5 hospitals deny non-emergency medical care to patients over past-due medical debt.

Medical costs are the largest contributor to personal debt in the US, surpassing all other debt in collections combined, and hitting individuals in states that have declined to expand Medicaid, people in low-income communities, and Black Americans the hardest.

In many cases, Americans either ration medication or delay medical treatment because of the high costs. For example, an estimated 1.3 million out of the 8.4 million Americans who rely on injections of insulin to control their diabetes were forced to ration their medication due to the exorbitantly high prices set by pharmaceutical companies. Numerous stories have been reported in the media in recent years of families losing loved ones after they were forced to ration insulin because they couldn’t afford to keep up with the costs of it.

Further compounding the problem, the US also does not mandate paid sick or family leave, while nearly all other industrialized nations do so. Over 33 million American workers do not have a single paid sick day.

Numerous news reports in the US in recent years have exposed harrowing instances of exorbitant medical bills, costs, and unethical business practices rampant in the US healthcare industry. During the COVID-19 pandemic, several individuals faced thousands of dollars in medical bills for treatment, despite legislative efforts to mitigate or eliminate costs for COVID-19 care. A 2022 Gallup poll found 1 in 3 Americans ages 50 and older have forgone food to be able to pay for healthcare; 37% of Americans ages 65 and older who qualify for Medicare and 45% of adults ages 50-64 reported concern they would not be able to afford needed healthcare services in the next year.

US health insurers reported record profits shortly after the onset of the pandemic and the largest US health providers have reported billions of dollars in profits, while healthcare workers have reported brutal working conditions during COVID-19 outbreaks, deaths of healthcare workers, and understaffing. A 2022 study authored by a researcher at the Yale School of Public Health estimated that universal healthcare in the US would have saved more than 338,000 lives and $105 billion in healthcare costs during the COVID-19 pandemic. The United States surpassed 1 million reported COVID-19 related deaths in May 2022.

All of the harrowing statistics, economics, and moral failings of the American healthcare system provide numerous reasons for why the US needs universal healthcare. Medical debt shouldn’t exist and the consequences of gatekeeping healthcare through economic barriers continues to have devastating consequences for American communities, families, and individuals, and is detrimental to public health.

This need has been popularized among progressives under calls for Medicare for All, which has received support in polls among Americans by a firm majority across the political spectrum. However, corporations profiteering off the status quo of the current broken healthcare system have stymied this support and need for reforms in Congress, where only 122 Democrats in the House and 15 senators have cosponsored a Medicare for All bill.