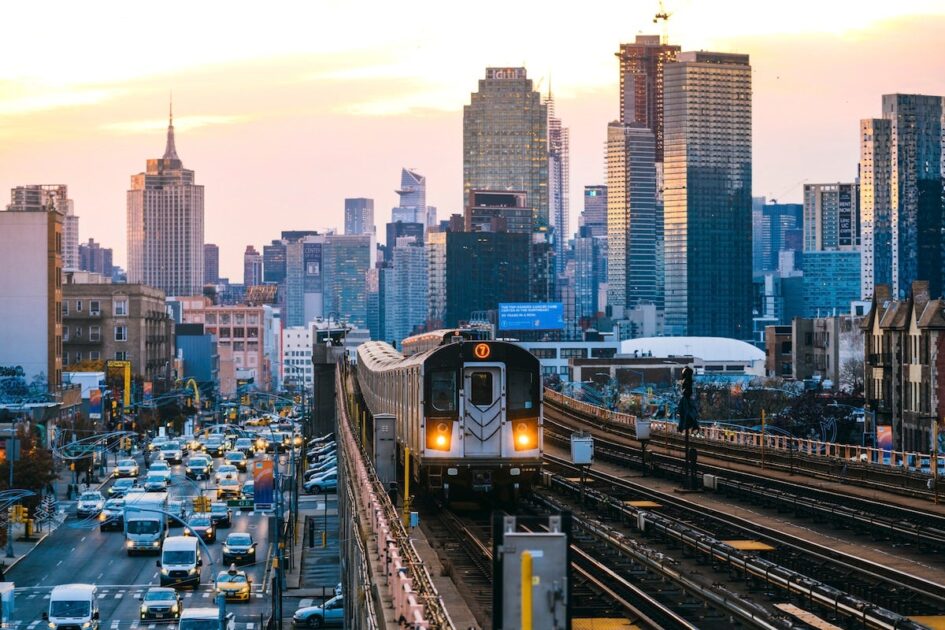 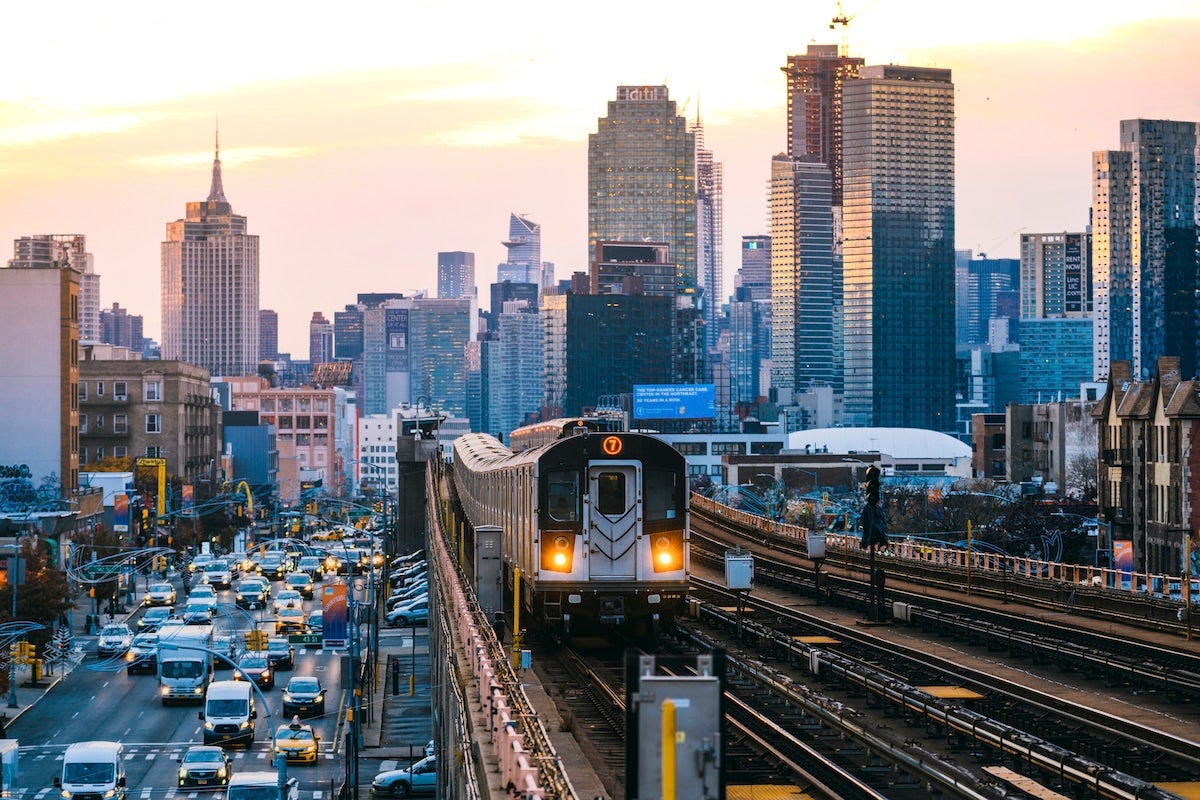 One of the less sustainable aspects of the drive to transition from gas to electric vehicles (EVs) is that building them requires metals and minerals that must be mined from the Earth, an activity that raises both ecological and environmental justice concerns.

In fact, a new report from the Climate and Community Project and the University of California, Davis (UC Davis), found that, if current trends for EV demand hold through 2050, the U.S. alone will require three times the amount of lithium that is now available on the market globally. However, replacing every gas-powered car with an EV isn’t the only way to decarbonize transit. Alternative steps including designing a less car-intensive transportation system, reducing the size of EV batteries and encouraging lithium recycling could reduce lithium demand by up to 92 percent from the worst-case scenario, according to The Guardian.

“The energy transition is a critical juncture: will we electrify the status quo, or take the opportunity for ambitious policies that simultaneously slash emissions, reduce pressure on ecosystems, and improve community wellbeing?” study lead author  Thea Riofrancos, who is a member of the Climate and Community Project and an associate professor of political science at Providence College, said in a statement shared by the Climate and Community Project and UC Davis. “Our report shows that despite alarming headlines, there is no zero-sum tradeoff between zero emissions transportation and protecting biodiversity and Indigenous rights. Reducing car dependency means reducing mining while improving mobility for all.”

Transportation is the leading cause of greenhouse gas emissions in the U.S. by economic sector, which means that finding a way to cut those emissions is essential for the goal of limiting global warming to 1.5 degrees Celsius above pre-industrial levels and avoiding the worst impacts of the climate crisis.

So far, most U.S. policy has focused on replacing gas cars with EVs, the new report pointed out. States including California have passed laws banning the sale of new gas cars by 2035, and the Inflation Reduction Act (IRA) offers tax credits of up to $7,500 for purchasing an EV. Because of these and other measures, it is expected that more than half of the cars bought in the U.S. by 2030 will be EVs.

However, the EV transition has a major weakness: lithium. Lithium is a highly reactive metal that is essential for the rechargeable batteries used in everything from cell phones to EVs because it is both lightweight and extremely conductive. In fact, two-thirds of lithium demand comes from these batteries, and EVs are already the greatest share of the battery demand because of their size.

Increasing the demand for EV batteries means more mining, which causes environmental harm and often happens despite the opposition of local or Indigenous communities. Mining in general is the sector most associated with violence between land defenders and corporate interests, and there’s no indication that lithium mining would be an exception in this regard. For example, conflict is already brewing around a lithium mine approved by the Trump administration in Nevada’s Thacker Pass. A coalition of farmers, environmental groups and Indigenous people are suing to stop the project that would generate 354 million cubic yards of waste; threaten habitat for species like sage grouse, golden eagles, Lahontan cutthroat trout and pronghorn antelopes; and disturb an area called Peehee Mu’huh that members of the Fort McDermitt Paiute and Shoshone Tribe consider culturally and spiritually important.

“It is our duty to protect sacred land. We all need to come to the reality that we only have one earth and it must be protected,” a member of People of Red Mountain — a group of tribal members that opposes the mine — said in a statement shared by the report authors. “Walk more, buy used, and respect the land. Destroying Peehee Mu’huh is cultural genocide.”

The report — Achieving Zero Emissions With More Mobility and Less Mining — was designed to see if there was a way to decarbonize U.S. transit without exacerbating the harms caused by lithium mining. To this end, its authors calculated the lithium demand of four potential roadmaps to emissions-free transit: simply switching the current gas vehicle fleet to an EV fleet with no further changes and three increasingly ambitious scenarios for transforming U.S. cities and suburbs to increase density and encourage greater public transportation. Further, the researchers considered the impact of maintaining the current status quo for medium EV battery sizes, shrinking to small EV battery sizes or increasing to large EV battery sizes. Moving from the worst case scenario for both vehicle ownership and battery size to the best could reduce lithium demand by as much as 92 percent, as The Guardian calculated. Without changes to battery size, increasing transit options could reduce demand by 18 to 66 percent while leaving the transit status quo in place but reducing battery size could lead to a 42 percent decline in demand.

“Our research shows three key strategies that can reduce U.S. lithium demand by 90% in the next 3 decades relative to the most lithium-intensive scenario: decreasing car dependency, right-sizing EV batteries, and creating a robust recycling system,” UC Davis professor of civil and environmental engineering and report author Alissa Kendall said in a statement.

While the report acknowledges the difficulties of weaning the U.S. off of its culture of sprawl and big cars, it argues that there are many benefits to such a change, including safer, less polluted cities; reduced geopolitical tensions over lithium deposits; and a greater chance of reaching the 1.5 temperature goal.

“Decarbonizing personal mobility is a challenge, but also an opportunity to work towards a transportation system that works better both for commuters in the U.S. and communities around the world,” report author and Climate and Community Project member Kira McDonald said in a statement. “Faced with the extreme urgency of decarbonization — but also the host of health, safety, quality of life, and other social and economic costs of car dependency — many cities and countries have pursued strategies that have not only electrified their transportation systems, but also shifted trips from private cars and SUVs to public and active transit. Now, the modeling in our report finds that such changes can also dramatically reduce the global ecological footprint of the energy transition in this sector.”

John Thackara on Designing for Life

US ‘forced labour’ act harms the people of Xinjiang