Difficult days ahead for Brazil 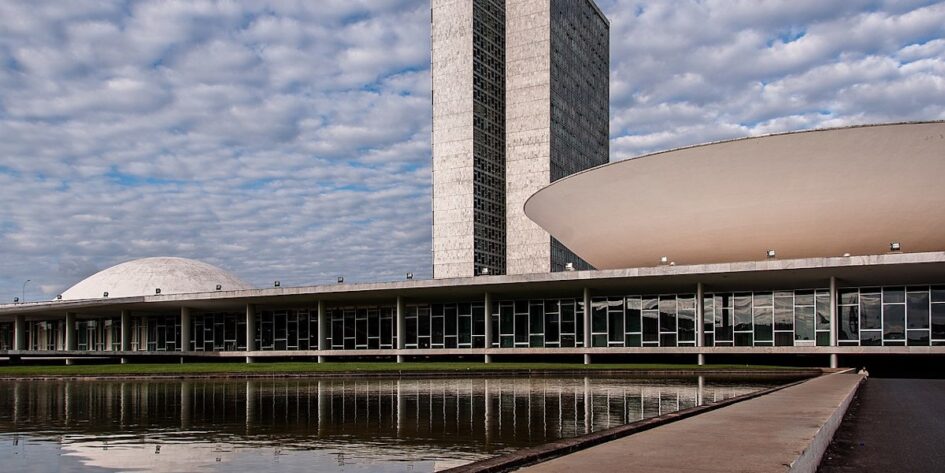 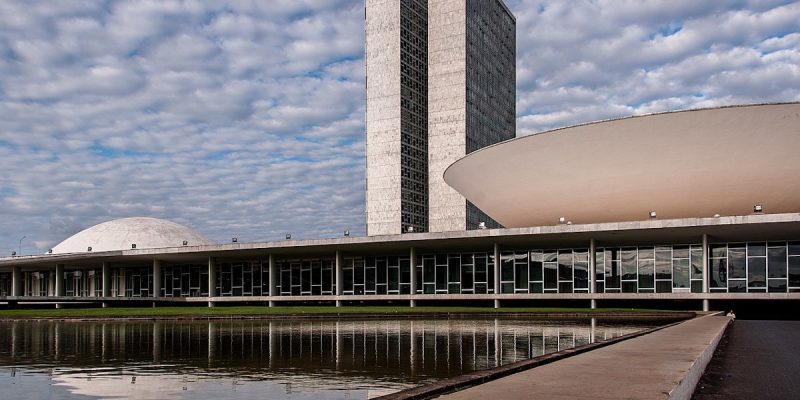 The Palácio do Congresso Nacional in Brasilia, which houses the National Congress of Brazil and was one of the three major government buildings stormed by supporters of the former president Jair Bolsonaro on January 8th 2023 (Credit: Donatas Dabravolskas)

President Luís Inácio Lula da Silva, from the left-wing Workers Party (PT) who came to office in Brazil at the beginning of this year, acted decisively to crush the attempted coup on 8th January 2023 but the risk of another rebellion that could overthrow the government remains real. It is this possibility that makes the comparison with the storming of the Capitol in Washington on 6 January 2021 dangerously misleading.

Though the coup-mongers have support among the civilian population across the country, the main threat to Brazil’s democracy comes from the forces of law and order, not all of which can be relied upon to remain loyal to the elected government. And, in the last analysis, no government can remain in power without their support.

Not so hidden sympathies

One force that is widely known to be infiltrated is the military police (PM), responsible for policing and maintaining public order in the states. Even before Lula came to power, they had shown a stubborn refusal to be governed by elected politicians and often expressed right-wing, extremist views. One emblematic case concerns Luiz Fernando Ranos Aguiar, a PM major in the Federal District (as Brasilia is known), who strongly defended the brutal actions taken by police in the Jacarezinho favela in Rio de Janeiro in May 2021. Even though the shantytown is densely populated, the police used automatic weapons and explosives in their search for alleged drug-traffickers, killing 28 people and wounding many others. In a blog, Aguiar reacted angrily to criticisms of the police action, saying that ‘politicians, journalists and judges are the police’s worst nightmare’. Aguiar should have, at the very least, been reprimanded by his commander for such an inflammatory statement but no action was taken.

As a result, it came as no surprise to many that the PM refused to take effective action to stop the attacks on the buildings in Brasilia. Charged with maintaining order, the local branch of the PM repeatedly informed the authorities that the demonstration in the Esplanade of the Ministries in Brasilia was taking place in perfect order. Reports from the Battalion of the Presidential Guard, whose only function is to protect the Planalto Palace, the workplace of the President, was similarly reassuring. By the time the PM took action it was too late to stop the coup-mongers invading the National Congress, the Supreme Court and the Planalto Palace.

Blame must also be attributed to the Secretary of Public Security, the person in charge of Brasilia’s security. In a highly controversial move, the new governor, Ibaneis Rocha (a rich, right-wing politician) had appointed Anderson Torres, minister of Justice under Bolsonaro to this crucial position despite his pro-Bolsonaro sympathies. As could have been anticipated, Torres failed to act decisively against the coup-mongers.

Even before Lula came to power, the military police had shown a stubborn refusal to be governed by elected politicians and often expressed right-wing, extremist views

Torres was eventually arrested after a draft decree for the declaration of a ‘State of Defence’ was discovered in his office. Unlike a ‘State of Siege’, which needs the approval of Congress, a State of Defence comes into force immediately after it is declared. It permits important rights, such as freedom of assembly, to be suspended, and allows for arrest without a court order for ‘crimes against the state’. The plan, it seems, was to take this step after Bolsonaro was reinstated and is clear evidence that the coup attempt was premeditated.

More uncertainty surrounds the role of the armed forces, particularly the army. As part of the complex negotiations needed to weave together a coalition in a deeply divided country, Lula appointed as defence minister José Múcio Monteiro, a right-wing politician and a civil engineer. Although there is no evidence to suggest that he was directly involved in the planning of the coup, he repeatedly clashed in early January with the justice minister, Flávio Dino, a former federal judge and human rights defender, over the camps that Bolsonaro activists were creating in Brasilia. While Dino wanted to shut the camps down, Múcio, who had friends and family staying in them, maintained they were a ‘manifestation of democracy’.

Piero Leirner, an anthropologist from the Federal University of São Carlos, who has been carrying out research into the armed forces for over 30 years, argues that the claim of the military hierarchy not to have been involved is not credible. ‘Retired military officers and relatives of officers were among the leaders of the coup’, he said. ‘They [the coup-mongers] camped for a long while in front of barracks. In Brasilia, they camped right beside the Army’s intelligence centre’. Lula is clearly worried. On the day after the attempted coup, he met military leaders and expressed his concern that some members of the armed forces might be sympathetic with the coup-mongers and urged them to take action.

Looking back and moving forward

There is little doubt that the root of today’s problems stems from the way democracy was reinstated in 1985 after 21 years of military dictatorship. Anxious to minimise conflict, the new civilian government did not hold the generals to account, even though they had committed horrendous crimes during the dictatorship. Neither the armed forces nor the police were purged, nor was the school curriculum updated to include an honest account of what happened during the dictatorship. As a result, millions of Brazilians remember the military years as a period of political stability and steady economic growth. Bolsonaro himself has never hidden his admiration for the period when opponents of the government were routinely censored, jailed and tortured.

What will happen over the next weeks and months is unclear. Lula is undoubtedly right when he says: ‘Most of society, even among the group that voted for Bolsonaro, are decent people. They may be right-wing, but they are interested in defending Brazil and did not agree with what happened here.’ Yet at the same time investigations are revealing that funding for the coup came from a wide range of sectors, from land thieves and illegal loggers in the Amazon, to agribusiness in the south.

At the very least, Lula has gained some breathing space. Opinion polls indicate that a large majority of Brazilians oppose the attempted coup. But the new government is coming to office at a time of uncertainty. The government faces rising inflation, high unemployment, and severe depreciation of its currency, the real. Social inequalities have increased as well, with an estimated 33 million Brazilians going hungry.

Lula will do all he can to turn the situation around, as he did in his earlier administrations. But this time he will face far more severe problems, including the fact that Bolsonaro’s Partido Liberal is the largest party in Congress. It has already made it clear that it will not negotiate but seek to sabotage the government from within. If discontent increases, the coup-mongers may well seize their chance.

Sue Branford is a journalist who lived in Brazil for many years, reporting for the BBC and the Guardian. She currently reports for the environmental website mongabay.com

Ukraine crisis: The dangers ahead

Storm and struggle ahead as workers move into action

After the Election: The Road Ahead

Peru: Mass Protests And Major Challenges Ahead For The Left

The Higher Ed Labor Movement Runs Full Speed Ahead Into 2023