DISCUSSION ESSAY: Was Marx a materialist? 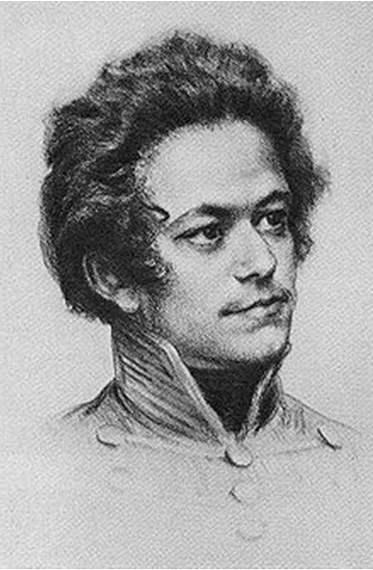 Marx firmly lays out in the Paris Manuscripts of 1844 (Marx Engels Collected Works, Vol. 3, p. 336), along with the Holy Family and German Ideology that his philosophy is a consistent naturalism or humanism. It is distinct from both materialism and idealism while at the same time the unifying truth of both.

A dichotomy is assumed between how we are conscious of the world around us and how we physically exist and interact with the world; a dichotomy between conscious, active beings (subjects) and the material world (object).

Marx, being the dialectician he was, rejected both of these positions in their vulgar forms and sought to recreate both of them in a new light where both were consistent with human activity and human life. As he explains in “Theses on Feuerbach”:

“The chief defect of all hitherto existing materialism–that of Feuerbach included–is that the thing, reality, sensuousness, is conceived only in the form of the object or of contemplation, but not as sensuous human activity, practice, not subjectively.”

Dialectical thinking is the process of overcoming dichotomies. We overcome the feud between idealism and materialism not by picking a side, nor by blending both together. We overcome it by isolating the kernel of truth within both positions in order to develop and posit a new position. Marx, for example, in his relation to Hegel, did not overcome the Idealism of Hegel by counteracting with materialism, but by getting at the truth of Hegel’s system and recreating it (see the many places Raya Dunayevskaya stresses that Marx’s method is a re-creation of Hegelian dialectic). George L. Kline, as president of the Hegel Society of America, stated in his “Presidential Address”:

Human beings are both subjective and objective. This is the “new materialism” and “new idealism” of Marx. The unity of these two is, again, a consistent naturalism or humanism.

THE “NEW IDEALISM” OF MARX

Marxists, who identify Marx as a vulgar materialist, have buried the aspects of Marx which deal with the movement of consciousness and ideas. Marx’s philosophy develops the nature of consciousness in works such as the German Ideology. “Communist consciousness,” for example, is the awareness and active effort to overcome class society and all its aspects. Communist consciousness is developed through revolution not just in life but in thought as well. It necessitates a complete transformation of how we live and how we think and interpret the world.

Marx’s written works develop concepts that he not only saw in the self-movement of workers but sought to express to workers so they may realize their own emancipation. “Labor-power” and the “dual nature of labor” are concepts that Marx develops that allow a deeper understanding of the life of workers within capitalist production. These concepts get to the core of the capitalist system and the unfreedom capitalism perpetuates.

Marx’s ideas are integral to understanding what drives human activity. Without this, a revolutionary risks having a worldview that inadequately explains our lives and fails to effectively address the problems that plague us.

AGAINST A VULGAR INTERPRETATION OF MARX

One argument used to prove Marx was just a materialist is his emphasis on production. However, production processes are social constructs and only have a material existence as a result of both physical and mental human activity. The starting point of production is human beings reproducing and developing their own existence. The material world is an important aspect of that process but not the only driver of it.

Marx’s emphasis on the material conditions or nature is also taken as a firm indication of his “hardline materialism.” Yet nature or material conditions, to Marx, are nothing more than the sphere and environment in which living beings conduct themselves. As he said in 1844: “That man’s physical and spiritual life is linked to nature means simply that nature is linked to itself, for man is a part of nature.”

Materialists argue that the phrase, “materialist conception of history,” from the German Ideology is firm proof of Marx’s materialism. Terrell Carver’s analysis of the German Ideology points out that it was formatted and published posthumously by Marxists who erroneously structured the book in a way that forces on Marx certain philosophical positions. It makes the manuscript look like a philosophical manifesto by Marx and Engels. But the majority of the work was written by Engels with small contributions by Marx, Joseph Weydemeyer and Moses Hess with the purpose of clarifying their own positions in relation to the Young Hegelians they were writing about.

Even if we are to ignore the historical context that Terrell Carver provides, Marx’s method, and his view of history and society, in contrast to materialists such as Ludwig Feuerbach, Max Stirner and Otto Bauer, doesn’t take the material world to be the only basis of human life. Living social beings are not just formed by the conditions they are born into, they create and develop them. He says, for example, “The first premise of all human history is, of course, the existence of living human individuals….The writing of history must always set out from…natural bases and their modification in the course of history through the action of men” (Marx Engels Collected Works, Vol. 5, p. 31). In the German Ideology, material world and material conditions are important aspects, but not the only aspects, of the lives of living beings. Marx takes conscious, living social beings, within their conditions, especially human beings, as his center point of viewing the world. Communism is the form by which human beings can begin to consciously develop themselves:

“Communism is the necessary form and the dynamic principle of the immediate future, but communism as such is not the goal of human development, the form of human society.”

Those who view Marx as a vulgar materialist show how post-Marx Marxism has not only failed to portray Marx accurately, but has failed to provide an adequate understanding of our own lives. Rather than seeing humanity as constantly developing by overcoming dualities, they focus on a goal. When they sadly find out that their goals do not become a reality they can often become anti-worker in either their views or actions. Capitalist society, and other oppressive societies throughout history, have already made people slaves to concepts external to them. Revolutionaries turn into their opposite when they do the same thing. That is why a revolutionary humanism is important for overcoming the system we are in now. Neither a materialist or idealist worldview is sufficient to move forward.

We call our dialectic, materialist, since its roots are neither in heaven nor in the depths of our…

Photo essay: The people of Gaza

A Discussion with John Bellamy Foster – Presenting the 2021 transform! yearbook