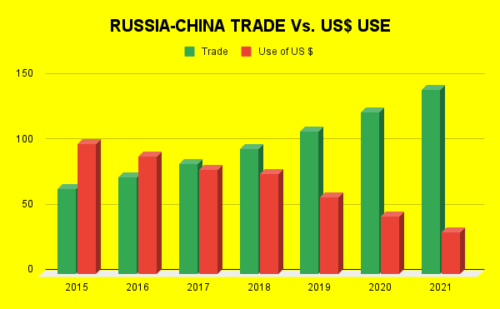 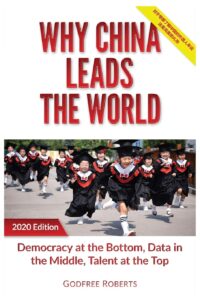 In 2009, after helping rescue the US from the Global Financial Crisis, Zhou Xiaochuan, Governor of the Peoples Bank of China, said, “The world needs an international reserve currency that is disconnected from individual nations and able to remain stable in the long run, removing the inherent deficiencies caused by using credit-based national currencies.”

Nobelists Fred Bergsten, Robert Mundell, and Joseph Stiglitz agreed, “The creation of a global currency would restore a needed coherence to the international monetary system, give the IMF a function that would help it to promote stability and be a catalyst for international harmony.”

2012: Beijing began valuing the yuan against a currency/commodity basket

Mar. 14, 2022: “In two weeks, Armenia, Belarus, Kazakhstan, Kyrgyzstan, Russia and China will reveal the design of an independent international monetary and financial system. It will be based on a new international currency, calculated from an index of national currencies of the participating countries and international commodity prices.” Sputnik News.

Along with the new currency, Russia and China will also reveal their Unfriendly Nation Lists.

I predict a riot.

The dollar costs of inequality: they are greater than you think

America shoots its own dollar empire in economic attack on Russia