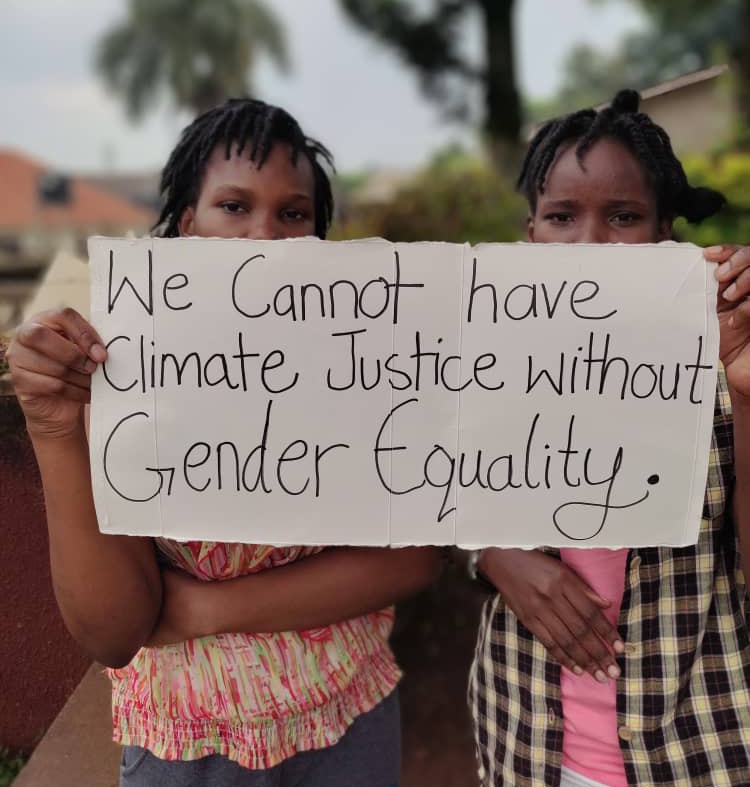 The heat wave that struck western Canada, Washington and Oregon in June shocked even the climatologists. Longer and hotter heat waves and broken records were expected, but climate models did not suggest anything as extreme as the repeated breaking of records by multiple degrees in many localities from Portland, Ore., to Lytton, B.C., killing several hundred people and sparking wildfires. Three days in a row, Lytton set a new heat record for all of Canada, ending up at 121 degrees F, an astonishing eight degrees higher than the previous record. And then 90% of Lytton was burned up.

On Aug. 9—unintentionally marking International Day of the World’s Indigenous Peoples and the anniversary of the U.S. atomic bombing of Nagasaki, Japan—the Intergovernmental Panel on Climate Change (IPCC) released its starkest report yet, titled “Climate Change 2021: The Physical Science Basis.” It found that human activity has changed the climate in “unprecedented” ways and that deadly extreme weather fueled by global warming is already affecting every part of the Earth—however, it’s not too late to act to keep the climate disruption from getting far worse. IF, that is, drastic reductions in greenhouse gas emissions are made rapidly. It’s not a matter of all or nothing, because every half degree of additional global warming would make an immense, harmful difference. Over the last several years, report after report has stressed the need for deep social changes. Each one gets mostly lip service.

This summer has also seen startling floods in India, Bangladesh, China, Germany, Uganda and Nigeria, as well as in the U.S. from Arizona to Nebraska, from Tennessee to New York. Wildfires have devastated the Mediterranean from Spain to Lebanon and Algeria; Siberia, where smoke reached the North Pole in a historic first; and the U.S., including the second biggest in California history. Millions of people have been forced to confront the reality that the climate crisis is already wreaking havoc—including an estimated 30 million people displaced in 2020 by extreme weather and drought.

However, this is not so new for everyone. Hurricane Katrina should have made it clear in the U.S. 16 years ago (see “New Orleans: The human cost of capitalism’s brutality,” by Kevin Michaels and Jim Mills, Sept.-Oct. 2005 N&L), but the climate denialists, better termed climate obstructionists, helped bury the reality. Even earlier, Hurricane Mitch showed it in 1998 (see “Hurricane’s Unnatural Rage,” Dec. 1998 N&L) through its devastation of Central America, which today is suffering from a long drought drying up people’s means of subsistence and fueling mass emigration. Countries like the Philippines and Mozambique have been hit by unprecedented cyclones. South Asia’s monsoons have become more irregular and less reliable, disrupting agriculture as well as bringing deadly floods. The drought in Madagascar has put it on the brink of the first “climate change famine”—unlike food crises partly caused by conflict, as in Afghanistan, Ethiopia and Somalia—according to the United Nations. “Famine-like conditions” are also hitting four more African countries and Yemen.

In many cases, the climate crisis compounds the devastation of war. “The total collapse of water and food production for millions of Syrians and Iraqis is imminent,” according to Carsten Hansen of the Norwegian Refugee Council. “With hundreds of thousands of Iraqis still displaced and many more still fleeing for their lives in Syria, the unfolding water crisis will soon become an unprecedented catastrophe pushing more into displacement.”

Extreme weather is not the only marker of climate change. We are only seeing the beginning of the sapping of agriculture. It has already suffered in many countries, including in the U.S., where last year’s floods in the Midwest seriously hurt production. Some island nations have been losing land and potable water to rising seas.

The climate crisis exacerbates oppressions—from racism to exclusion of people with disabilities—and at the same time stokes the quest for universality on the part of forces of revolt. As Ugandan youth climate activist Vanessa Nakate put it:

“Young women are disproportionately affected by the climate crisis, especially in communities where I come from, where society has given specific gender roles for men and women. These roles find women in places where disasters occur. Women are working in the farms where the destruction of crops takes place. The drying of streams and wells [means they] have to walk long distances to collect water for their families….Women realize that they are at the front lines and that existing inequalities are only being exacerbated by climate change. They know that if they don’t speak up, then they won’t see change. As a woman, I know that it’s my responsibility to speak up, not just for myself, but for the millions of women across the world who have already lost everything, even their lives.”

It is often noted that many of the countries that are suffering the most from climate change, like Madagascar, contributed almost nothing to its causes. What is too often left unsaid is how this embodies the imperialist relationships between the countries that grew rich exploiting resources and labor and the countries that were and are exploited and were driven into certain paths of “development.”

At the 1992 Earth Summit, world leaders signed a treaty in which they solemnly committed to the “stabilization of greenhouse gas concentrations in the atmosphere at a level that would prevent dangerous anthropogenic interference with the climate system.” That level had already been passed and each year since it has receded further into the rearview mirror.

We have reached the point where the danger is manifesting itself all around us—killing thousands every year; raising sea levels and destroying homes; facilitating the spread of diseases, even pandemics; worsening the mass extinction of species among all animal and plant groups, caused by habitat destruction and globalized, automated, advanced capitalist production; contributing to famines; displacing millions of people from their home regions, and thus providing more fuel to anti-immigrant nationalism and fascist politics.

What are the capitalist system and its nation-states doing in the face of the climate emergency unfolding at a breathtaking pace? “Pretending to wage war against fossil fuels, while opening up brand new coal mines and oil fields and pipelines,” in the words of Greta Thunberg at the Austrian World Summit on July 1.

John Kerry, Biden’s special envoy on climate, said that the new IPCC report “underscores the overwhelming urgency of this moment. The world must come together before the ability to limit global warming to 1.5C is out of reach….[The UN COP26 climate meeting this year in] Glasgow must be a turning point in this crisis.”

But much of what is being put forward by governments like Kerry’s depends on sham solutions like carbon capture and storage, nuclear power, burning wood pellets, and carbon offsets. The “green recovery” or Build Back Better is in danger of largely being reduced to a bipartisan bill that locks in carbon-intensive infrastructure without much being done about climate. The infrastructure bill

Rather than rapidly ending fossil fuel extraction and use, it is designed to lock in fossil dependency for decades, just as the oil companies who sponsor “moderate” Democrats and Republicans desire.

And we must not forget that the administration, which has approved more than 2,000 permits for fracking and drilling on federal land, refused to pull the plug on both Line 3 and the Dakota Access Pipeline. Biden talks a good game about environmental justice but is actually obstructing the movement fighting for it and against climate chaos.

However, the problem is not only the climate obstructionists. The system has a momentum of its own that guides even those in government, business and NGOs who are trying to deal with climate change and its myriad effects.

As long as class society persists, workers will have to continue to fight to minimize the class-skewed effects, while some capitalists are making money off of the crisis. Most of the green jobs Biden promises turn out to be non-union jobs that often do not pay a living wage. Indigenous, Black and Latinx communities still confront mining and other polluting projects.

When it comes to the jobs that the transition to clean energy is already reducing, the owners of coal companies—including Democratic Senator Joe Manchin—proclaim the need to maintain their industry, supposedly for the sake of the miners but really for the sake of the owners. Politicians often repeat these claims, yet are silent about the companies’ union-busting and undermining of wages, safety measures and health insurance. Even now, coal miners on strike in Alabama are getting no support from Biden, although he managed to say earlier that Amazon workers in nearby Bessemer, Ala., had a right to organize.

Adaptation to climate change is needed and is already happening, but the way it is being carried out protects the rich and powerful most of all and largely leaves the oppressed in the dust, both nationally and internationally. The most serious climate adaptation project underway—for many years now—is protecting military bases and preparing for military intervention in climate-fueled conflicts and against climate migrants. Oil companies have been preparing deep-sea drilling platforms for rising seas and intensifying hurricanes at the very time they were promoting climate denial.

A human way of adapting to and mitigating climate change is possible, a way of transforming society so that most people’s lives become better, not worse; but it requires throwing off the chains of capital, not just state intervention, not just democracy, but revolutionary liberation. The administrative mentality of our age, which would make climate plans for the masses, is a barrier to liberation. As Raya Dunayevskaya pointed out in Marxism and Freedom:

“Our age is the age of state-capitalism, national revolutions and workers’ revolts. Unless one is ready to base himself on the masses who alone can initiate a truly new social order, one has no place to go but to state-capitalism.”

The private space race of billionaires holds an ominous warning of the time when billionaires, corporations or a nation-state acting against international consensus may take matters into their own hands and carry out their own geoengineering schemes, regardless of the consequences for billions of people who have no say in it.

The way the system’s momentum plays out illuminates the fatal flaws of reforms aimed to save or in some cases transform capitalism. This is seen in the Integrated Assessment Models used by UN scientists and economists to model pathways to limiting global warming. They conclude that we need “rapid, far-reaching and unprecedented changes in all aspects of society.” Yet their pathway models all assume a continuation of capitalist economy with needed continuous GDP growth. They want revolution without revolution, or fixing the paralyzed political system when they know we need deep transformation.