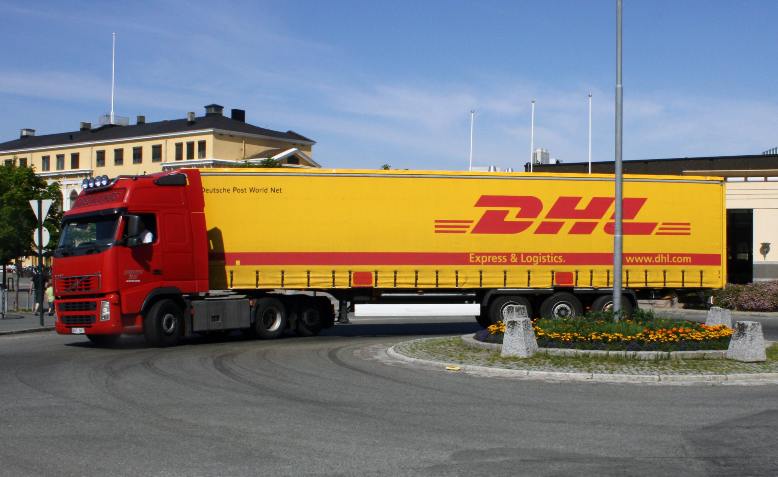 The driver shortage is causing problems for employers across the haulage industry, but sometimes the problems are caused by the bosses themselves.

Drivers employed by DHL at Sainsbury’s Dartford distribution centre are insulted by the company’s 1% pay offer. The 200 drivers have voted 98% in favour of industrial action over the insult, and Unite has warned that “unless Sainsbury’s and DHL get their act together, there will be empty shelves in Sainsbury’s stores across London and the South East.”

Just a few miles away, HGV drivers for Booker Retail Partners (part of the Tesco empire) at Thamesmead are threatening strike action over the company’s latest pay proposals. The drivers are furious that the company will not pay them the payrise it gave to the workforce at Hemel Hempstead.

“Our drivers are not going to be hoodwinked into accepting a deal which is lower than they had already been offered. The proposed deal has more strings attached than an orchestra. The prospect of industrial action spreading to other depots has increased.”

West Midlands workers make a splash at the pool

Swimming instructors, lifeguards, receptionists and other support staff at Portway Lifestyle Centre took to the picket line last Monday, 23 August as part of a campaign against planned contact changes.

The bosses’ use of ‘fire and rehire’ tactic is commonplace these days, but a disgrace nonetheless as they try to force workers to accept degraded terms & conditions and pay rates.

“Staff are angry at being treated so shabbily against their will while Sandwell Leisure Trust still has £3.5million in the bank.

“Employees have been left with no choice but to continue with strike action until the dispute is fixed. The trust needs to see sense and restore employees’ terms and conditions immediately.

“Sandwell Council must also step in and help resolve the dispute. It cannot afford the embarrassment of strikes when the aquatic centre is used for the Commonwealth Games.”

This was the workers’ third day of strike action and they were joined on the picket line by three local Labour councillors as well as sister trade unionists. Let’s get the solidarity ball rolling for these leisure workers and deliver a win.

The long-running dispute with Bexley council, and their contractor Serco, looks as if it may have reached a conclusion.

The refuse workers have agreed to suspend their industrial action following an agreement by the employer, Serco, to meet the union’s demands. However, the workers have good reason not to place blind faith in their employer and have stated very openly that the action is only suspended, and that if Serco does not make good its promises by the end of next week, then industrial action will resume.

Cleaners and attendants working in the Royal Parks in London are in the middle of two weeks of continuous strike action which began on Monday 16 August.

The workers, who are outsourced to the company Just Ask, are on strike to demand that no jobs are lost, sick pay is improved and to demand an end to pay disparity with inhouse workers, who receive more sick pay, maternity pay and holiday pay.

Just Ask are also looking to make a third of the workers redundant, forcing those who keep their jobs to work across several parks.

The strike will continue over the bank holiday, one of the Royal Parks’ busiest periods. A mass protest will be held at 11am on Monday 30 August at Speakers’ Corner, Hyde Park.

Binworkers in Brighton will be balloting for strike action this summer. Of the 53 drivers in the city, all bar one voted to take strike action in a consultative ballot.

The workers are sick of constantly changing rosters, chaotic management, shoddy equipment and complete lack of concern with workers’ welfare. All this comes on top of more than a year working in the most difficult conditions during the Covid pandemic.

Rounds have become disjointed and badly planned and experienced loading teams capable of turning things around are finding their drivers removed all at the whim of management with no due process. The official strike ballot will start soon.

IWW members working at the Assembly Bakery in Bristol have staged a walkout this week in a fight to save jobs.

The self-described ‘ethical, artisan bakery’ had decided to make all nine members of staff redundant with just one week’s notice and later told that four staff would be let go permanently. In a beautiful display of worker solidarity, the workers who were told their jobs are safe decided to go ahead with the strike, closing the business down.

One of the workers, Fin said:

“They are getting rid of some people and in a completely unfair way. What are they going to do to me next time if this is the way they treat other members of staff now?”

The workers are demanding that any staff facing redundancy are either re-employed or put on furlough until business picks up.

No way to low pay

Unison this week joined the Unite and GMB trade unions in Renfrewshire Council in Scotland in serving their members with an intention to ballot for industrial action. Action would be in response to a humiliating pay offer.

Dubbed an insult by unions, the pay deal would amount to an additional 3p per hour (before tax) for those earning below £25k and nothing for the remaining 45% of the workforce.

The unions are instead demanding that all staff receive a flat rate increase of £2,000 or a 6% uplift on pay. Ballot papers will go out on 1 September.

Meanwhile Unison members at Inverclyde council are also balloting for action against the Cosla pay offer.

All three unions representing staff at Renfrewshire Council are asking their members to consider industrial action after rejecting a revised pay offer made to all local government workers.

Unison has now agreed to join GMB and Unite workers in balloting for action. School cleaning, catering and janitorial staff, as well as waste and recycling workers will be balloting for strike action on behalf of the whole workforce.

“While it is disappointing that Unison has rejected the revised pay offer made by Cosla and that they have decided to ballot their members for targeted strike action I fully respect their right to do so.

“The offer made by Cosla is already more than the Council has budgeted for and was made despite a cut in our core grant from the Scottish Government.

“Scotland’s Councils are not in a position to make a further improved offer without additional funding from the Scottish Government. To do so would require more cuts in jobs and services, which wouldn’t be in the interests of our local residents or Council employees.

“Unison and the other trade unions should join with Cosla and Council Leaders in a call to the Scottish Government to provide funding for an improved pay offer.”

Reinforcing the idea that Starmer’s Labour Party seeks a move away from it’s affiliated unions’ influence, the party has this week pushed to expel BFAWU President Ian Hodson as part of their wider purge of socialists associated with various organisations.

It’s thought that Hodson is facing auto-expulsion due to his past speaking at events for Socialist Appeal, a Trotskyist organisation that evolved from Militant and has now been proscribed. Never mind the fact that the group was not proscribed at the time, the idea that Labour will go for senior members of its affiliated unions shows the ruthlessness of the new regime in their attitude towards socialists.

As a result, the BFAWU is recalling its conference to discuss whether the union should remain affiliated to the party. Earlier this year, polling for the union showed that 53% of its members think they should disaffiliate. Unions moving away from the Labour Party without an alternative political vehicle is bad news for the working class.

The left can breathe a sigh of relief after Unite members voted to elect left-wing candidate Sharon Graham as the new General Secretary and in the process, give a bloody nose to right-winger, Gerard Coyne.

Steve Turner finished second meaning the left managed to secure over 70% of the total vote and thankfully avoided a repeat of the Unison situation where three left candidates split the majority vote.

Sharon Graham was elected on a pledge of taking Unite ‘back to the workplace’ and her promise that there will be no more blank cheques for the Labour Party will be a welcome sound to the ears of many on the left.

Whilst her election is good news, Sharon Graham’s campaign focus purely on workplace issues raises questions around how she will approach the political aspect of trade unionism. Unite has been at the forefront of not just Labour Party politics but also extra-parliamentary activity under Len McCluskey’s leadership and members will have to work to ensure their union continues to lead the way.