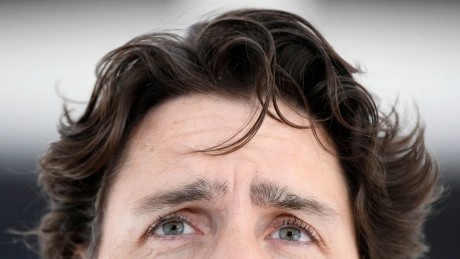 Even Liberal supporters admit that the timing reeks of opportunism.

“We did a bunch of polling and people think we did an okay job and now is our best chance to convert that into a majority government” is only a partial answer. The other side of the coin is this: “We’ve looked 2 years down the road and this nasty shit is only going to get worse.”

The planet is literally burning. Droughts will drive the cost of food higher and higher. The economy will circle the drain. COVID-19 will be sort of contained but all the talk will be of the new “normal” where we “learn to live with” pandemics. Crisis upon crisis.

Trudeau isn’t admitting this, of course. So they have unveiled their slogan: ‘We had your back; now give us your support.’ Hardly inspiring.

Sure they legalized pot. Was there anything else? It is true they handled the initial pandemic crisis as well as most governments, and far better the USA. How’s that for a low bar. And how much is due to the NDP nudging them left? But the fact is that most of the COVID support spending went to corporations, like the extra $1.2 billion, on top of other tax breaks and subsidies, that went to oil and gas business. Diary, that’s almost like buying a second pipeline.

But the longer the pandemic lingers – and the 4th wave will just be picking up steam when we head to the polls – the more the Liberals fob off responsibility on the provinces, and the more their COVID goodwill dissipates.

If they had implemented $10/day daycare at the start of their mandate, they would have had something to crow about. If they had taken the NDP’s motion on pharmacare, they could have stolen the credit for that. That’s what a crafty old-time Liberal would have done.

But no, Diary. Now they are in the embarrassing position of having to promise the same things a second (or third) time around.

No wonder support is melting away, left and right. The young voters who swept Trudeau to his first mandate, and then grudgingly let him have a second, minority government, aren’t buying it this time around.

Again, no wonder Elections Canada has announced they won’t be opening polls on college and university campuses this time around.  This, they admit is in part due to “the minority government situation”, whatever that means. What it certainly means is the ruling party, not certain they can count on the youth vote, is actively suppressing it.

So they are down to trying to buy the seniors vote with a straight-up $500 one-time bribe. Yes, Dear Diary, daddy does need a new TV. And yes, if I last another 10 years I might qualify for a little top up on my OAS. Mañana, Diary, mañana.

If the Liberals prevail, it likely will be with another minority government. To win that they depend on a bumbling Tory party. And O’Toole, calling explicity for 2-tiered, privatized healthcare, may have just given Trudeau the gift he needs to cling to power.

But the future of the Liberal party looks bleak. This is inescapable. The future itself looks bleak and trying to prop up the status quo in the face of coming crises will be a losing game.