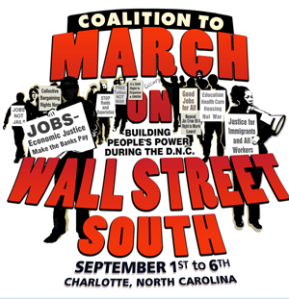 The following is by Josh Sykes, member of the Freedom Road Socialist Organization.

Recently, the Kasama Project attacked the Freedom Road Socialist Organization based on a statement published on the Fight Back! News website concerning the 2012 presidential elections.

The basic orientation of the attack is to accuse the FRSO of deliberating confusing the issue, in order to “give the green light” to cadres to work for the Obama campaign. The Kasama Project’s view is that the FRSO is sheepishly “still” endorsing Obama, even though the organization remains under direct attack from the FBI following the raids and Grand Jury investigation began in late September, 2010. The basis for this claim is the drawing out of one sentence in the statement on the 2012 elections that says, “In terms of voting in the presidential election, it is better to vote against Romney, especially in swing states.”

The Kasama article claims that this “green light” is actually the purpose and main point of the whole article. Fortunatly, however, Kasama is honest enough to reprint the statement so that it can be read in full. I’m sure any honest reader, upon reading the entire statement (which is much longer than this “hidden” sentence) will get what the real point is.

In 2009, I went to Brussels to speak to the International Communist Seminar, a gathering of Marxist-Leninist parties and organizations from around the world, about the Student Movement in the United States.  While I was there, I was also part of a panel discussion on the U.S. presidential elections in 2008. I spoke about our position on the 2008 elections and our work organizing the demonstration at the Republican National Convention.

I began my brief talk by saying that our position was based on two principles: First, it was based on an understanding that the class character of the United States is imperialist, that is, that it is ruled by the monopoly capitalist class and in the interests of that class, and that this character cannot and will not miraculously change over night through an election, despite many people’s hopes to contrary. Second, it was based on an understanding of the mass line. On the one hand, we have an understanding that it is the people who make history, and not the politicians. On the other hand, we understand that people are paying attention to and engaging elections as their main form of political engagement during an electoral period, and that revolutionaries have to engage people where they are at rather than at where we would like for them to be.

Following these fundamental points, it becomes clear that revolutionaries who are actually engaged in mass organizing with broad forces in trade unions, the student movement, and so on, must actually say something about elections. We could say simply, “don’t vote for the bourgeois candidates”, but what would be the point? Most people who care about politics are going to go vote, and as much as they would be interested in our opinions on Libya, they would also be interested in our opinions on what to do in the voting booth. “Who, then, are the people’s candidates that we should vote for?” they will ask. To this, we don’t have a real answer.

Then there’s the question of why. In my brief talk in Brussels, I tried to emphasize the point that we wanted to elevate people’s consciousness through struggle, beginning where people are and summing things up as we go forward together. We advocated defeating McCain as a way of engaging people’s progressive political views, and we took the advanced to protest outside of the RNC to emphasize that the power to change the course of history lies in the streets with the people rather than in the conventional hall. As our pamphlet on the Mass Line puts it:

We hold that it is through these particular battles that people learn about the nature of the enemy, how this system works and what are the effective methods of struggle. This in turn allows us to: Land blows which weaken and confuse the enemy while winning all that can be won; to accumulate forces for future battles (i.e. to build the respective movements by raising the general level of organization and consciousness) and to create favorable conditions for people to take up revolutionary theory.

Despite the setbacks that came as a result of the attacks from the FBI, certainly we accomplished the goals as best we could given the conditions before us, and the FRSO is certainly stronger now than ever before. The line put into practice at that time has been proven correct in practice.

This election cycle, we of course find that the same Marxist-Leninist principles hold true. What’s the real point of the statement on the 2012 elections?

We think the conditions are right in this electoral cycle to emphasize instead the nature of the two party, one ruling class system and talk about why what we have is not democracy and not good enough. We do think it is still important for progressives to go to the polls to oppose concrete attacks on democratic rights, such as Voter ID and anti-gay amendments. In terms of voting in the presidential election, it is better to vote against Romney, especially in swing states. In other states like California, the Republicans are unlikely to win. In these cases, it would be positive to have a strong third party vote total.

Our main message is that no matter how hopeful we are for change to come through electoral politics, this is not the venue for real change. Citizens United, and its ruling that corporations are free to openly buy the allegiance of politicians, makes more clear what has always been true: those who have the gold, make the rules. During this particular election cycle progressives should emphasize and talk about the problems inherent in the system, while placing demands on politicians from both parties. Our faith and our future are in the people’s struggle, not the ballot box.

Simple enough, one would think. See you in the streets at the RNC and the DNC.

Junk This Division Between Siblings: some thoughts on the US electoral circus