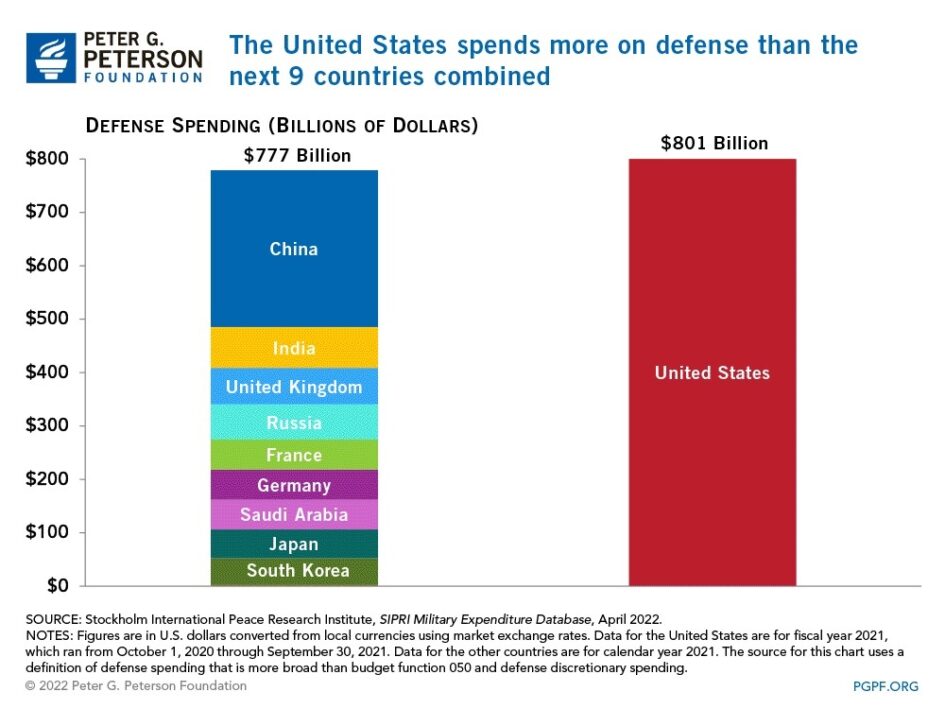 In an attempt to grossly exaggerate China’s defense spending, and simultaneously downplay the US military budget, the Federal Reserve Bank of St. Louis published a jaw-droppingly deceptive graph.

If a student presented this in a statistics 101 class, the teacher would likely give them an F. But because it involves Washington’s public enemy number one, Beijing, the US regional reserve bank was awarded a Golden Star for exemplary service in the New Cold War.

The St. Louis Fed listed the world’s top six countries by military expenditures, but used two separate axes: the spending of China, Russia, Britain, India, and Saudi Arabia was depicted on the left axis, which went from $0 to $300 billion; but a separate right axis was created just for the United States, which went from $400 billion to $1 trillion.

This extremely misleading graph made it look as though China spends more on its military than the United States.

If the graph were edited to put all of the countries on the same axis, one can see how massive US military expenditure is compared to other top spenders: 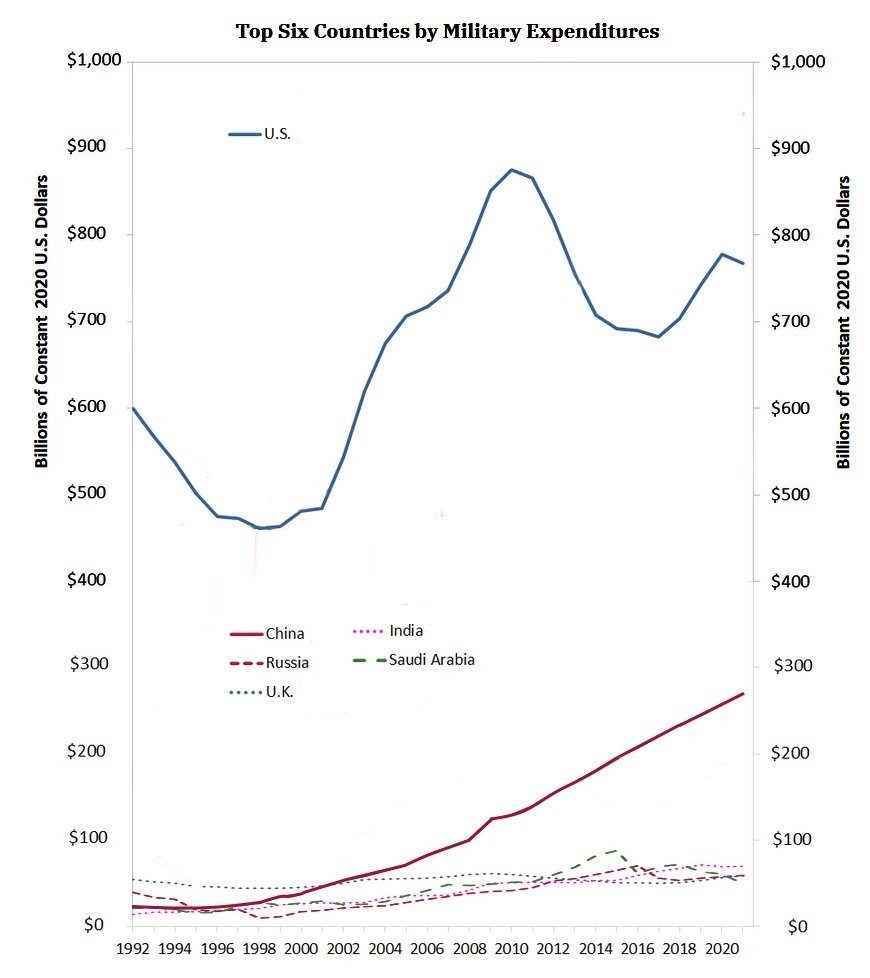 When the St. Louis Fed published the deceptive graph on Twitter, it went viral, garnering hundreds of negative responses.

Michael P. McDonald, a professor of political science at the University of Florida, quipped, “If they’re willing to put this out, just imagine the internal analyses the Fed conducts to manage the economy”.

In an accompanying report, the St. Louis Fed admitted that China’s 2021 defense spending was just 1.7% of GDP, “which was the lowest share among the six nations in the figure”.

Moreover, Beijing’s military expenditure as a percentage of GDP has stayed very consistent since the early 1990s, with no increases.

But the US Department of Defense has dubbed China its top “threat”, and major media outlets like Foreign Policy have acknowledged that the Pentagon is preparing for war with Beijing.

A much more accurate graphic created by the Peter G. Peterson Foundation shows how, as of 2022, the United States spent more on its military than the next nine largest spenders combined – including China, India, the UK, Russia, France, Germany, Saudi Arabia, Japan, and South Korea (and several of these countries are close US allies). 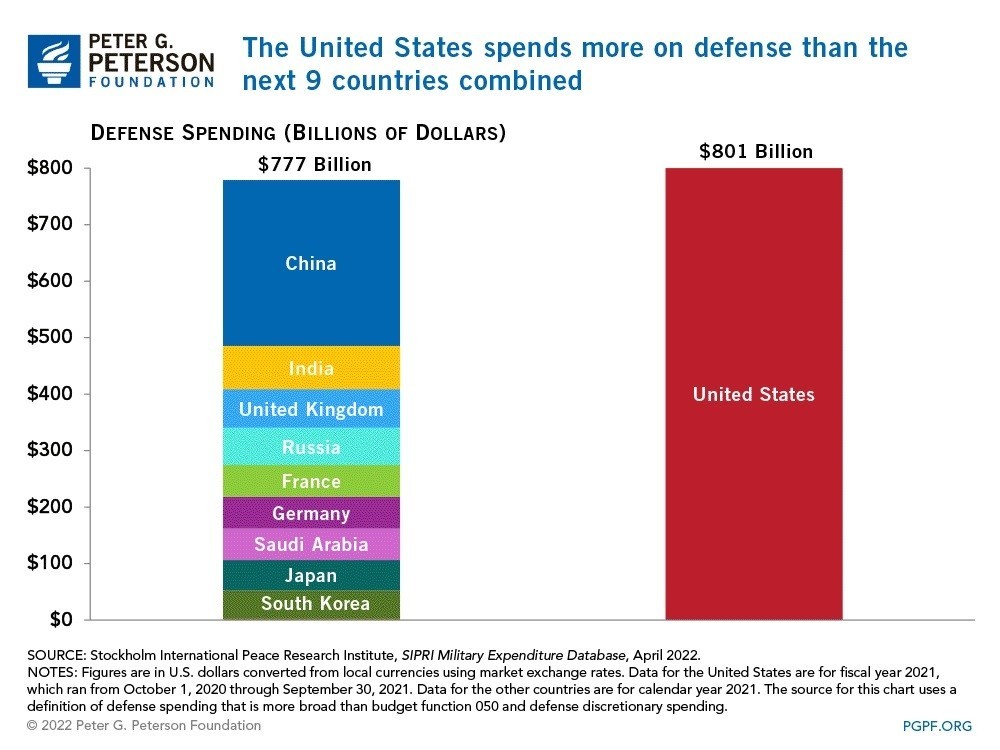 Swaziland’s communists debunk misleading reports by the “Times of Swaziland”

Ellen Brown: What Does the Fed’s Jerome Powell Have Up His Sleeve