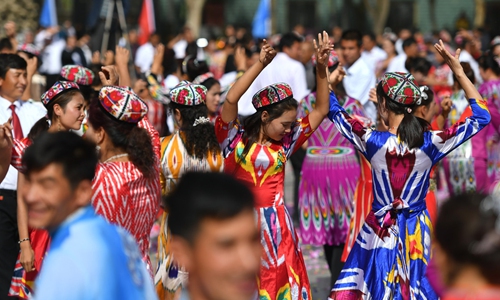 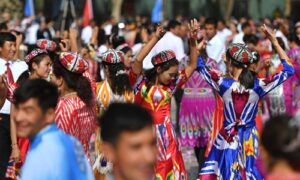 The US and its allies are countering the re-emergence of China with a Sinophobic confection of new alliances (the AUKUS and the Quad), military threats, jingoism and false propaganda about a falsely claimed Uyghur Genocide in Xinjiang. The UK Uyghur Tribunal admits that there have been no mass killings in Xinjiang but absurdly asserts that application of globally-praised Chinese family planning in Xinjiang is “genocide.” However excellent health, infant mortality, maternal mortality, life expectancy, population growth, per capita GDP, education, literacy and birth rate outcomes in Xinjiang and China contradict Sinophobic US, UK, and Australian claims of a Uyghur Genocide.

Below are some key relevant data on China and Xinjiang (42% Han Chinese, 58% ethnic minorities), and by way of comparison data for the US, UK, Australia, and Apartheid Israel (serial war criminal occupier countries), Indigenous Australians (socio-economically disadvantaged survivors of a 2-century Australian Genocide of Aboriginals), Occupied Palestine and Occupied Afghanistan (war criminally occupied countries), and India, Pakistan, and Bangladesh (major impoverished but democratic neighbours of China).

These data show that Xinjiang is performing as well as or better than China in most of these parameters but has a much higher birth rate and population growth rate. Conversely, the shocking data on Indigenous Australians, Occupied  Palestine,  and Occupied Afghanistan show that the genocidal Occupiers (Australia, Apartheid Israel and the US Alliance, respectively)  are grossly violating  Articles 55 and 56 of the Geneva Convention Relative to the Protection of Civilians in Time of War (the Fourth Geneva Convention) that unequivocally state that the Occupiers are inescapably obliged to provide their conquered Subjects with life-sustaining food and medical requisites “to the fullest extent of the means available to them”.

A holocaust involves the deaths of a huge number of people. However genocide is precisely defined by Article 2 of the UN Convention on the Prevention and Punishment of the Crime of Genocide thus: “In the present Convention, genocide means any of the following acts committed with intent to destroy, in whole or in part, a national, ethnic, racial or religious group, as such: (a) Killing members of the group; (b) Causing serious bodily or mental harm to members of the group; (c) Deliberately inflicting on the group conditions of life calculated to bring about its physical destruction in whole or in part; (d) Imposing measures intended to prevent births within the group; (e) Forcibly transferring children of the group to another group”.

In Xinjiang there have been no mass killings or expulsions, and birth control policies are much less restrictive for Uyghurs than for Han Chinese. Deaths from violence and imposed deprivation total 2.2 million (the WW1 onwards Palestinian Genocide) and 6.7 million (the 2001 onwards Afghan Genocide; it is worsening under deadly US and US Alliance sanctions, and through the US crippling impoverished Afghanistan by freezing $9.5 billion in Afghan reserves).

The Sinophobic claims made by US and US Alliance politicians and propagandists of “genocide” in Xinjiang are patently false. China  can and indeed must be legitimately criticized for the one party state, air pollution, the death penalty, censorship, the surveillance state, harsh treatment of Uyghurs, Hong Kong pro-democracy activists, and dissidents in general, and the harshness of its de-radicalization measures and associated human rights abuses in Xinjiang. However set against those harsh treatments are avoidance of the entrenched deadly jihadi extremism found in Muslim countries from West Africa to South East Asia.  It should be noted that the China-threatening US has an appalling record of covertly supporting non-state terrorism (including jihadi non-state terrorism) from Latin America to South East Asia.

For a detailed and documented analysis see Gideon Polya, “Excellent Xinjiang Health, Growth & Education Outcomes Contradict Sinophobic US Lies,” Countercurrents. Peace is the only way but silence kills and silence is complicity. Please disseminate this to everyone you can.

As Delta surges in prisons, states stop sharing statistics with the public

Have you been lied to about Xinjiang, human rights − and China?

Truth and Lies about the 1956 counterrevolution in Hungary

World economy in chaos: What lies behind the crisis?