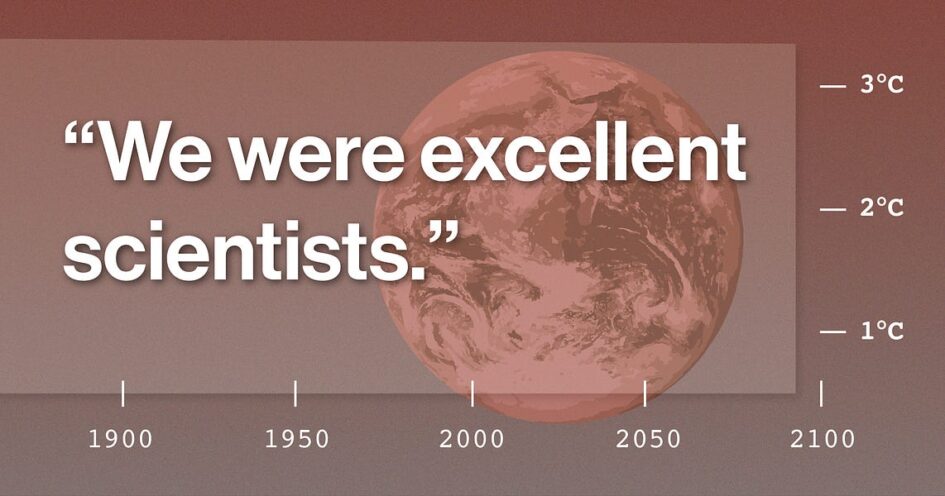 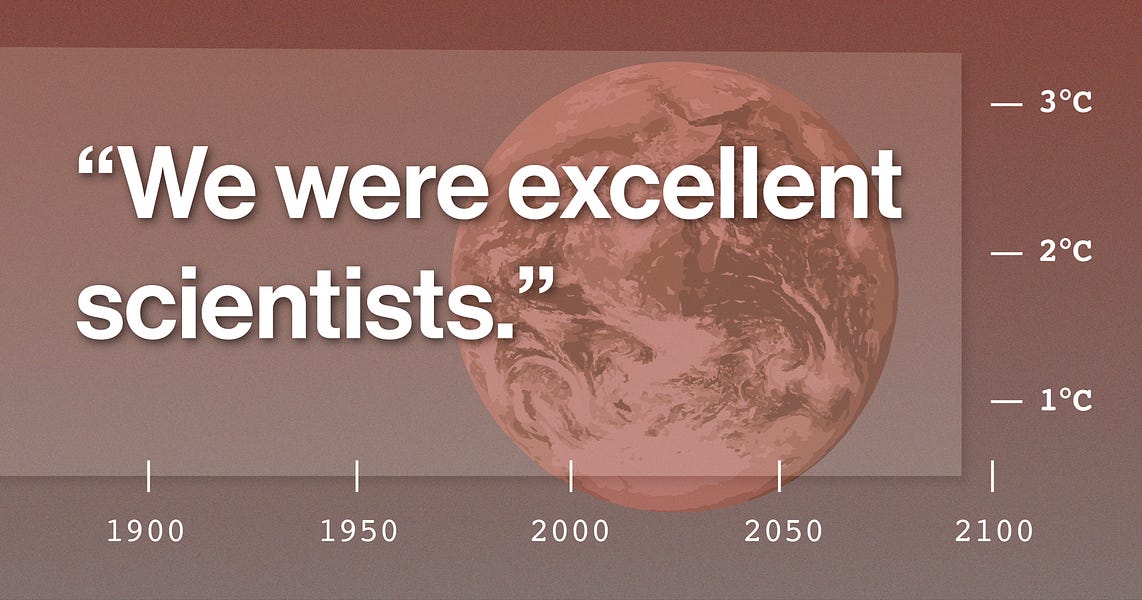 The First Peer-Reviewed Analysis Of An Oil Company’s Climate Research Shows Exxon’s Projections Were Spot On — And That Management Disregarded Its Own Scientists’ Findings.

“We were excellent scientists.”

That’s what Dr. Martin Hoffert, a physicist and former Exxon consultant, said during a congressional hearing in 2019 when he was shown a graph that Exxon scientists made in 1982 — which correctly predicted the rate of global warming for the next almost 40 years with stunning accuracy.

Today, a group of researchers from Harvard University and the Potsdam Institute for Climate Impact Research released a first-of-its-kind study that shows just how excellent the predictions of Exxon’s scientists were — and how the company’s leadership went on to undermine those findings to our collective peril.

The new study is the first-ever systematic, peer-reviewed analysis of the fossil fuel industry’s climate modeling and projections — and its authors say it could have big implications for efforts to hold Exxon and other oil companies accountable for their deceit.

Harvard researchers Geoffrey Supran and Naomi Oreskes (whose names you might recognize from their extensive work documenting fossil fuel industry propaganda) and climate scientist Stefan Rahmstorf conducted statistical analyses of internal climate projections from Exxon scientists between 1977 and 2003. What they found: Exxon’s modeling was spot on, and it flew in the face of the company’s public statements.

The authors report that 63 to 83 percent of Exxon scientists’ forecasts, starting in the late 1970s and early 80s, aligned with temperature increases that have been observed since then.

Exxon’s models were also “consistent with, and at least as skillful as” concurrent independent and government predictions, according to the study. A number of the company’s internal climate projections were found to have been modeled even more skillfully than those famously presented to Congress by NASA scientist Dr. James Hansen in 1988.

Exxon’s scientists correctly predicted everything from when human-caused climate change would first be detected to the eventual ‘carbon budget’ (or threshold of emissions) that would need to be met in order to keep warming below 2°C.

Even after Exxon’s scientists delivered their predictions to management, the company fastidiously spread doubt and confusion about each of these findings to the public. Rather than report their data to shareholders or consumers, the study finds, Exxon executives publicly stated that the science was still too indeterminate to take action.

At an annual shareholder meeting in 2013, former CEO Rex Tillerson said climate models were “not competent.” “We do not really know what the climate effects of 600 ppm versus 450 ppm will be because the models simply are not that good,” he said at a shareholder meeting two years later. But Exxon did know: its 1982 model predicted that 600 ppm of atmospheric CO2 would lead to a whopping 1.3°C more global warming than 450 ppm, despite Tillerson’s claims of uncertainty, more than 30 years later.

“Our analysis shows that ExxonMobil’s own data contradicted its public statements, which included exaggerating uncertainties, criticizing climate models, mythologizing global cooling, and feigning ignorance about when — or if — human-caused global warming would be measurable, all while staying silent on the threat of stranded fossil fuel assets,” Supran, the lead author, said in a press statement accompanying the report.

As Exxon battles accountability efforts in Congress and the courts, it still claims that it has been falsely accused of deceiving the public. At a congressional hearing in 2021, Exxon CEO Darren Woods told lawmakers, “I don’t believe companies should lie and I would tell you that we do not do that.” 😳

But the new study is yet another piece of evidence that will help put that claim to rest, according to Alyssa Johl, vice president of legal at the Center for Climate Integrity. “This quantitative assessment puts a fine point on the fact that Exxon knew with incredible precision that the burning of their fossil fuel products would result in temperature increases and severe climate harms in the 2000s and beyond,” Johl said. “They pretty much nailed these predictions with incredible accuracy. That cannot be refuted at this point.”

The study could serve as important evidence for legal actions and congressional investigations holding Exxon accountable for its fraud.

The authors write that their findings “corroborate and add quantitative precision to assertions by scholars, journalists, lawyers, politicians, and others that ExxonMobil accurately foresaw the threat of human-caused global warming, both prior and parallel to orchestrating lobbying and propaganda campaigns to delay climate action, and refute claims by ExxonMobil Corp and its defenders that these assertions are incorrect.”

Johl said the study could be especially helpful for the more than two dozen climate accountability lawsuits against Exxon currently making their way through the courts.

“There are two very important pieces to the puzzle that need to be established and proven in these cases: the fact that oil and gas companies had long-standing knowledge of the causes and consequences of climate change, and that rather than disclose that information, they actively concealed and denied it,” she said. “This analysis shows once again that Exxon knew.”

What models of organization can guide us now?

Early Soviet anti-corruption poster, 1922:‘Who is the most…

Early artwork of Malik Edwards, artist for the BPP newspaper….