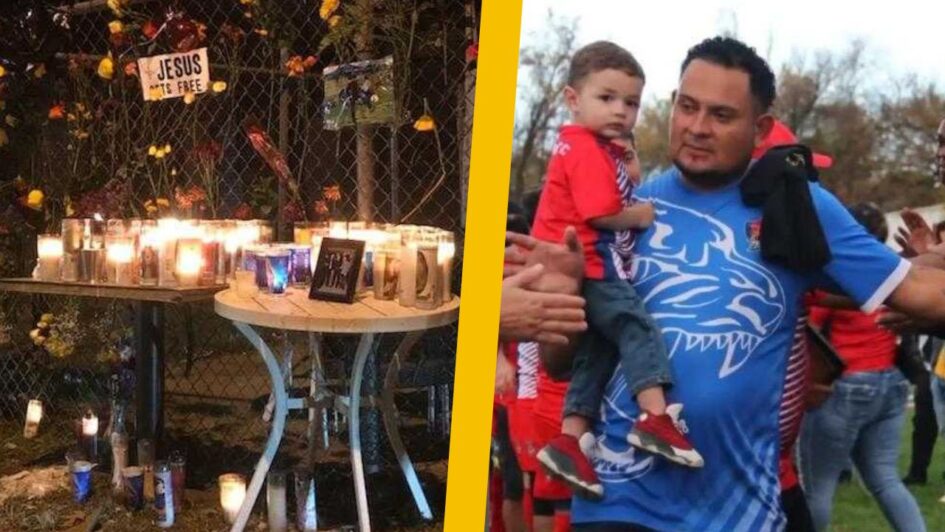 EDITOR’S NOTE: The Justice for Kevin march will be taking place at 6:30pm EST on Wednesday, Dec. 7, at 4020 E. Lombard Street in Baltimore, Maryland, not on Thursday, Dec. 8.

Kevin Torres was beloved by his family and his community. After emigrating from Honduras decades ago, Torres built a life in Baltimore, where he and his wife ran a concrete and construction company, along with raising their family. In his spare time, Torres coached the Villanueva adult Soccer Team. On the night of Nov. 6, Kevin was out with family and friends at ChrisT Bar in Highlandtown celebrating his team’s victory in their league championship. But the festive atmosphere took a quick turn after a dispute over a missing cellphone resulted in an altercation involving the bar’s security guard. Kevin tried to intervene when the security guard began to argue with his stepdaughter. Moments later, Kevin was dead. As The Baltimore Sun reported, “The security guard told Baltimore Police he discharged his gun early Monday morning because Torres threw a brick at him. But three witnesses disputed that account… The security guard has not been arrested and officials declined to release his name.”

What really happened on the night Kevin Torres was killed at ChrisT bar? Why do these shootings at the hands of private security guards keep happening? And what can be done to secure justice for Kevin and his family? In this exclusive interview, TRNN Editor-in-Chief Maximillian Alvarez sits down with Sor Torres, Kevin’s wife, Erick Vicenty, Kevin’s stepson, and Kevin Medina, a close friend of the family.

A GoFundMe has been set up to help Kevin’s family pay for funeral costs, and the family and their supporters are planning a march to demand justice for Kevin on Wed, Dec. 7, at 6:30pm EST. The march will begin at 4020 E. Lombard Street in Baltimore, Maryland, and all supporters are invited to attend.