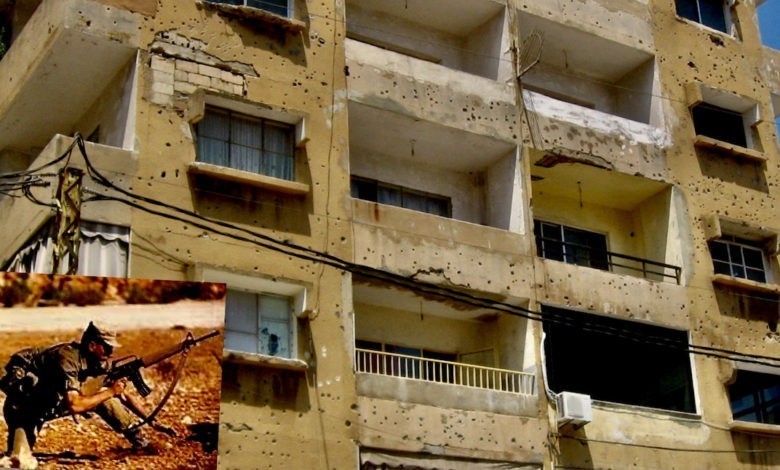 On Oct. 14, snipers from the fascist “Lebanese Forces” carried out a deadly assault on a peaceful mass rally as it was gathering in Beirut. The rally was called to demand the removal of Judge Tarek Bitar who is presiding over the investigation into an August 2020 explosion in the Beirut port. The action accused the judge of bias.

Firing from rooftops and windows of high-rise apartment buildings, the surprise attack left at least seven dead and dozens wounded, nearly all from the two main Shi’ite parties in Lebanon, Hezbollah and Amal. The mid-day barrage terrorized residents, students and shoppers in the densely populated area. It was reportedly the deadliest act of violence in the country since 2008.

Early news reports from the scene made clear that what happened on Oct. 14 was an ambush, and that only after the initial killings did armed militia members of Hezbollah and Amal appear on the scene and return fire. There were no reported casualties on the fascist side.

The Lebanese Army said in an official statement that the shooting began from the Ain el-Remmaneh neighborhood, and targeted demonstrators in a traffic circle separating predominantly Christian and Shi’ite neighborhoods. Interior Minister Bassam Mawlawi said that the snipers had opened fire and “shot at people’s heads.”

Nonetheless, headlines in much of the U.S. and other western mass media quickly shifted, characterizing the situation not as an ambush, but as “sectarian violence,” drawing an equal sign between the attackers and the attacked.

The leader of Hezbollah, Hassan Nasrallah, accused the Lebanese Forces and its leader Samir Geagea of seeking to foment a new civil war in Lebanon. Much of the country was devastated by a civil war that lasted from 1976-90. In that conflict, the fascist party from which the present-day Lebanese Forces descended was supported by Israel, Saudi Arabia and the U.S.

In 1982, under the watchful eye of the Israeli military which had occupied much of the country, the fascists carried out the infamous massacre of thousands of Palestinians and Lebanese in the Sabra and Shatila refugee camps. Israel occupied much of southern Lebanon until driven out by the Hezbollah-led resistance in 2000.

“The real program for the Lebanese Forces is civil war,” said Nasrallah in an Oct. 18 speech. “The biggest threat to the social peace in Lebanon is the Lebanese Forces …  Don’t miscalculate. Be wise and behave. Learn a lesson from all your wars and all our wars.”

For several years, Lebanon has been in a downward economic spiral that is inflicting severe economic suffering, including widespread hunger and power outages, on much of the population of about six million. The crisis has been exacerbated by skyrocketing inflation, the COVID-19 pandemic and U.S. sanctions, not only those directly focused on Lebanon, but also the sanctions on Syria, preventing trade with that country, and on Iran, which have severely limited Lebanese imports of Iranian oil at a time of greatest need.

Adding to the crisis was the massive August 2020 explosion in the port of Beirut. Thousands of tons of long-neglected ammonium nitrate, used in fertilizer production, ignited one of largest non-nuclear blasts in history, killing hundreds, wounding thousands, and causing tremendous damage.

The U.S. government and its allies inside and outside Lebanon are largely responsible for the economic deterioration of Lebanon that is causing so much suffering. Now, they are seeking to exploit the port explosion to discredit and weaken Hezbollah and its political alliance.