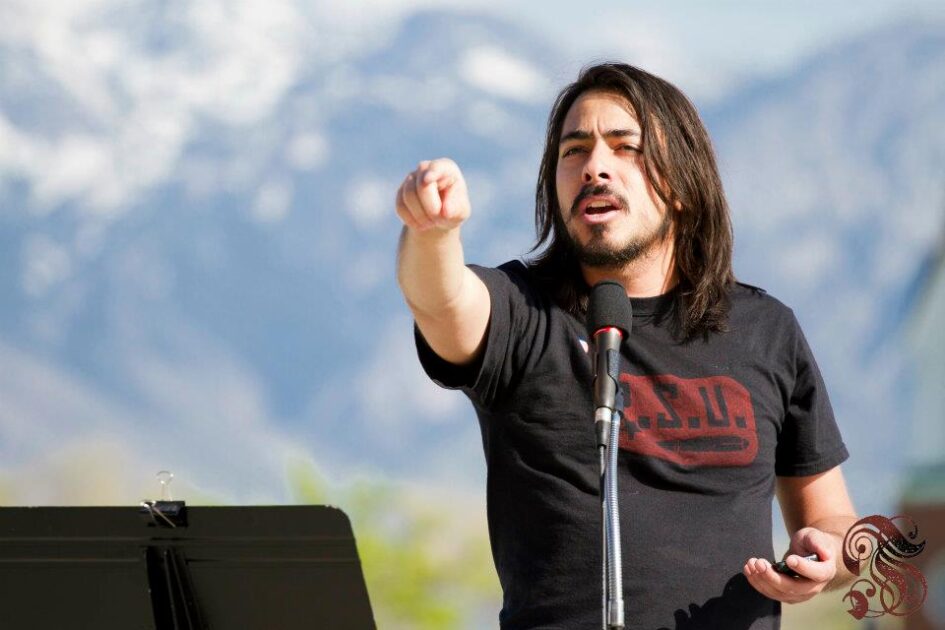 The following article by Tom Burke is from Fight Back! News:

Salt Lake City, UT – FBI agents are harassing anti-war and anti-NATO organizers as the big protest against the U.S.-led NATO military alliance approaches on Sunday, May 20, in Chicago. On May 11, Gregory Lucero’s mother awoke him in their family home, saying, “The FBI is here and would like to speak to you.” Lucero came downstairs to find three FBI agents, two white men and a white woman, who wanted to ask him questions about the upcoming protest against NATO.

Lucero is a founding member of the Revolutionary Students’ Union, a group with four Utah chapters affiliated nationally with Students for a Democratic Society (SDS). In the past year he joined the Freedom Road Socialist Organization and is organizing to raise enough money to caravan across the country to the protest against NATO and the G8 in Chicago.

Lucero said, “I was very tired because I spent hours the day before phone banking in support of veteran Chicano leader and anti-war activist Carlos Montes in Los Angeles. Carlos Montes is going on trial this coming Tuesday, May 15. I was up late because I spoke at an immigrant rights meeting about the FBI frame-up of Carlos Montes.”

In response to a question about what to do when the FBI comes knocking, Gregory Lucero advises, “I think it is wise not to speak to the FBI, to give them the name of a lawyer they can contact, and to then ask them to leave. Nothing good can come from speaking to the FBI. They have a proven record of entrapping activists.”

The FBI agents asked questions about organizations and the people involved with them, but Lucero refused to give any names. They asked about the protest against NATO in Chicago and who was going to it. Lucero said, “It’s not our job to turn in other activists to the police. It’s harassment of the crudest kind and we should avoid talking to the police about our organizations.”

For many, this ongoing harassment of activists and organizers is something new, but for veteran activists it is the revival of repression seen in the 1950s and 1960s. U.S. government repression by the FBI and other agencies is expanding as the Occupy movement and protests against war and poverty are on the increase.

This FBI intimidation is related to 23 anti-war and international solidarity activists and Carlos Montes, raided by the FBI last year. The activists formed a group called Committee to Stop FBI Repression (www.StopFBI.net). When asked what he thinks the FBI is up to, Lucero said, “I think the FBI is harassing me because I fight for immigrant rights and educations rights, and they are ramping up harassment to intimidate activists to not go to Chicago and protest NATO on May 20. They are trying to get activists to give information about other groups and activists so they can incriminate and frame up people.”