FIFA’s hypocrisy in Palestine and Ukraine 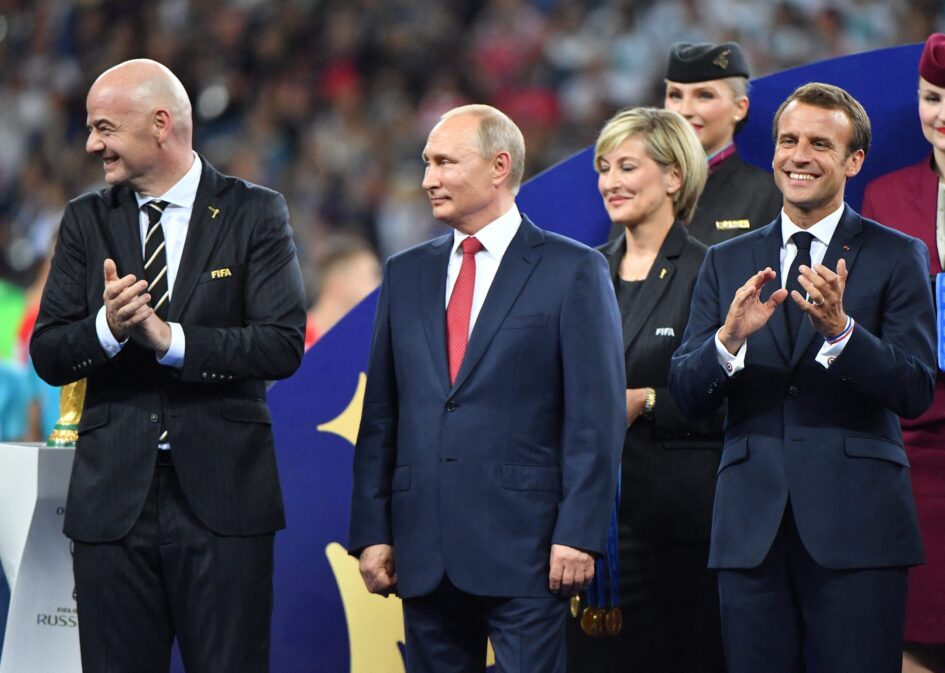 This story originally appeared in Mondoweiss on March 10, 2022. It is shared here with permission.

Israel’s war on Palestinian sports is as old as the Israeli state itself.

For Palestinians, sports is a critical aspect of their popular culture, and since Palestinian culture itself is a target for the ongoing Israeli attack on Palestinian life in all of its manifestations, sports and athletes have been purposely targeted as well. Yet, the world’s main football governing body, FIFA, along with other international sports organizations, has done nothing to hold Israel accountable for its crimes against Palestinian sports.

Now that FIFA, along with UEFA, the International Olympic Committee (IOC) and others have swiftly joined the West’s anti-Russia measures as a result of the latter’s invasion of Ukraine on February 24, Palestinians and their supporters are puzzled. Years of relentless advocacy to sanction Israel at international sports competitions have paid little or no dividends. This has continued to be the case, despite the numerous documented facts of Israel’s intentional targeting of Palestinian stadiums, travel restrictions on athletes, the cancellation of sports events, the arrest and even killing of Palestinian footballers.

Many Palestinians, Arabs and international activists have already highlighted the issue of western hypocrisy in the case of the Israeli military occupation of Palestine by apartheid Israel within hours of the start of the Russian military operations. Almost immediately, an unprecedented wave of boycotts and sanctions of everything Russian, including music, art, theater, literature and, of course, sports, kicked in.

What took the anti-Apartheid movement in South Africa decades to achieve was carried out against Russia in a matter of hours and days.

Palestinians are justified to be baffled, since they have been informed by FIFA, time and again, that “sports and politics don’t mix.” Marvel at this hypocrisy to truly appreciate Palestinian frustration:

“The FIFA Council acknowledges that the current situation (in Palestine and Israel) is, for reasons that have nothing to do with football, characterized by an exceptional complexity and sensitivity and by certain de facto circumstances that can neither be ignored nor changed unilaterally by non-governmental organizations such as FIFA.”

That was, in part, the official FIFA position declared in October 2017, in response to a Palestinian request that the “six Israeli football clubs based in illegal settlements in the occupied Palestinian territories should either relocate to Israel or be banned from FIFA-recognized competitions.”

Palestinians perceive football as a respite from the hardship of life under siege and occupation. The highly anticipated event would have been a moment of precious unity among Palestinians and would have been followed by a large number of people, regardless of their political affiliation or geographic location. But, and “for no apparent reason,” as reported in the Nation, Israel decided to deny Palestinians that brief moment of joy.

Even then, FIFA did nothing, despite the fact that the event itself carried the name ‘FIFA.’ Meanwhile, outright racist Israeli football teams, the likes of Beitar Jerusalem Football Club, are allowed to play unhindered, to travel unrestricted and to echo their favorite racist cheers, “Death to the Arabs,” as if racism in sports is the accepted routine.

FIFA’s double standards are abhorrent, to say the least. But FIFA is not the only hypocrite. On March 3, the International Paralympics Committee (IPC) went as far as denying athletes from Russia and Belarus the right to compete at this year’s Winter Paralympics held in Beijing. The decision was justified on the basis that having these athletes participate in the Games was “jeopardizing the viability” of the events and, supposedly, making the safety of the athletes “untenable,” despite the fact that the Russian and Belarusian athletes were, due to the political context, set to take part as ‘neutrals.’

Not only are Israeli athletes welcomed in all international sports events, the mere attempt by individual athletes to register a moral stance in support of Palestinians, by refusing to compete against Israelis, can be very costly. Algerian Judoka Fehi Nourine, for example, was suspended along with his coach for 10 years for withdrawing from the 2020 Tokyo Olympics to avoid meeting an Israeli opponent. The same course of action was taken against other players and teams for displaying symbolic solidarity with Palestine, or even fans for merely raising Palestinian flags or chanting for Palestinian freedom.

Mohammed Aboutrika, the former Captain of the Egyptian National Football Team, was censured by FIFA in 2009 for merely displaying a shirt that read, in both Arabic and English, “Sympathize with Gaza.” For that supposedly egregious act, the Confederation of African Football (CAF)–a branch of FIFA–warned him against “mixing politics with sports.”

About the double standards of FIFA, Aboutrika recently said in a media interview that the “decision to suspend Russian clubs and teams from all competitions must be accompanied by a ban on those affiliated with Israel (because Israel) has been killing children and women in Palestine for years.”

It must be stated that the hypocrisy here goes well beyond Palestine and Israel, into numerous situations where those demanding justice and accountability are often affiliated with poor nations from the Global South, or causes that challenge the status quo, such as the Black Lives Matter movement, among others.

But there is much more that can be done aside from merely delineating the double standards or decrying the hypocrisy. True, it took the South African Anti-Apartheid movement many years to isolate the racist Apartheid government in Pretoria at international sports platforms around the world, but that seemingly impossible task was eventually achieved.

Palestinians, too, must now use these channels and platforms to continue pushing for justice and accountability. It will not take days, as is the case with Russia and Ukraine, but they will eventually succeed in isolating Israel, for, as it turned out, politics and sports do mix after all.

Politics and Sports Do Mix: On FIFA’s Hypocrisy in Palestine and the Need to Isolate Apartheid Israel

Imperialist hypocrisy and the invasion of Ukraine

The Paid Pipers of Hypocrisy

The Hypocrisy and Immorality of Sanctions

The west’s hypocrisy and history of violence matters. Calling it out is not “whataboutism”.

Ukrainian refugees and Tory hypocrisy: Bring down the borders!