Fight xenophobia − a form of war − an editorial 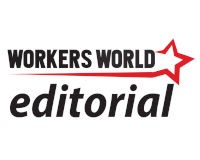 The U.S.- and NATO-instigated conflict in Ukraine is rooted in the quest to plunder and profit off Russia’s vast wealth in natural gas and oil. This has been a major pillar of U.S. imperialism’s quest to rebuild its global empire since the collapse of the Soviet Union in 1991. The imperialists will do whatever it takes to gain new markets to make profits, even with the global threat of nuclear war.

Russia has had the right to protect its borders as the rise of neofascist elements inside Ukraine has been a constant threat to its sovereignty since 2014, resulting in the breakaway of the People’s Republics of Donetsk and Lugansk from Ukraine.

This conflict — engineered by the U.S. and NATO — has been conducted on various fronts. Russia has become its latest target with unmitigated imperialist hostilities extending beyond sanctions — an act of war — and other political attacks.

Even though there is no longer a Soviet Union, xenophobia has once again become a weapon in the hands of the U.S. and its virulent anti-communist junior partners in NATO.

Anything or anyone associated with Russia has become viciously demonized and ostracized. This type of labeling has especially had a devastating impact on international sporting events involving Russia.

Russian athletes have been banned for participating in the upcoming Winter Paralympics in Beijing. The 2022 Olympic gold and silver medal-winning women figure skaters, Anna Shcherbakova and Aleksandra Trusova, have been barred from the upcoming World Figure Skating Championships later on this month in Montpellier, France. 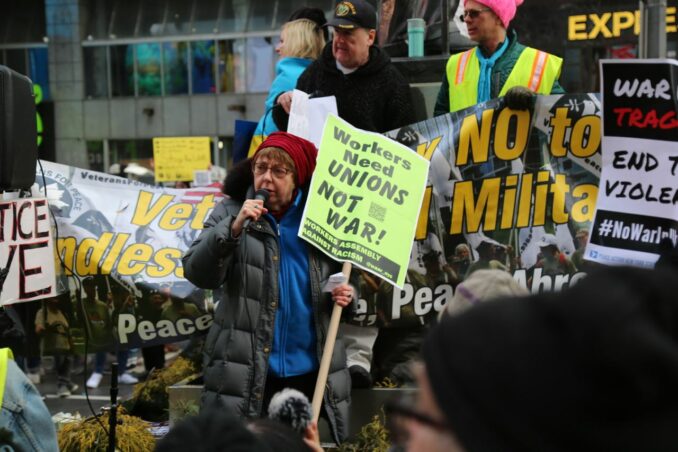 Russia has been banned by the Ice Hockey Federation, World Rugby and Rugby Europe sport federations, along with the International Basketball Federation. And because Belarus is a strong ally of Russia, their athletes have also been banned from many of the same competitions. These banishments are just the tip of the iceberg.

Another form of war

Xenophobia is not a new tactic, when it comes to isolating whole groups of people based on their race and nationality in the interests of enriching the power and coffers of the ruling class. As the imperialist war between the U.S. and Japan accelerated in 1942, over 100,000 Japanese people in the U.S. were forced into 10 internment camps from 1942 until 1945. Japanese people who had emigrated to the U.S. and their descendants endured racist treatment as they were portrayed as “enemy combatants.”

Following the 9/11 attacks in 2001, the U.S. government declared a “war on terrorism” mainly against Muslim people. The war included the “USA Patriot Act” by which the U.S. government, including the FBI and CIA, could detain and torture anyone suspected of a so-called terrorist act, especially if they originated from any Muslim country. The right to a trial and counsel was denied to thousands. Racist taunts, assaults and even murder were unleashed on Brown people or Arab people with impunity. Ignored was that those who had carried out the 9/11 bombing were mainly from Saudi Arabia, a U.S. ally.

What about the recent war on Asian people, who have been victimized since the COVID-19 pandemic? Then-President Donald Trump spewed before rabid right-wing supporters that China was to blame for the virus. His racist tirade erupted in a tidal wave of assaults, especially on people of Chinese and Korean descent. In March 2021, six of the eight people shot to death in Atlanta-area spas in a mass killing were women of Asian descent, mainly Korean. Just this January a 40-year-old Chinese-American woman, Michelle Go, was killed when she was pushed onto the tracks of a New York subway train.

Xenophobia is one of the most vicious kinds of class division. It works in the interest of the superrich class to put the blame on another marginalized group or oppressed nation for all the ills of a white-supremacist, capitalist society that puts profits before meeting the needs of people.

Xenophobia and the threat of imperialist war go hand in hand. China understands that it is in the crosshairs of U.S. imperialism just as much, if not more so, than Russia.

U.S. imperialism and NATO could care less about the people of Ukraine, Russia, China or any other country when it comes to their real geopolitical aim — to recolonize the world by superexploiting the workers and their resources.

This is another reason why the movement must be visible in the streets to demand “Fight racism, not Russia!” and “Lift the ban on Russian athletes!”

South Africa: the EFF’s reckless descent into the politics of xenophobia

That Old Green Stamps Book’s Back in Style, Digital Form

MANN OVERBOARD – Review of Michael Mann’s ‘The New Climate War: The Fight to Take Back Our Planet’