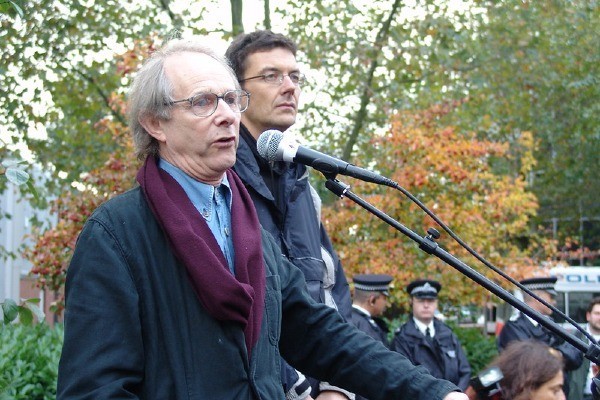 There is no place inside the Labour Party for the politics of socialist filmmaker Ken Loach.

That’s the message Labour’s ­leaders have sent to their members after expelling Loach from the party.

Loach announced last ­weekend that he had been expelled for ­standing with other left wing Labour Party members booted out, often under accusations of antisemitism.

He was one of the few inside Labour—even among leading ­figures among the Labour left—who was unequivocal in opposing the smears coming from the right.

He wouldn’t give ground to the central claim that the left’s support for Palestinians encouraged or ­represented antisemitism.

In a post on Twitter on Saturday, Loach said, “Labour HQ finally decided I’m not fit to be a member of their party, as I will not disown those already expelled.

“Well I am proud to stand with the good friends and comrades victimised by the purge.

“Starmer and his clique will never lead a party of the people.”

Loach’s films—especially I, Daniel Blake—spoke for the left’s anger at life in Tory Britain, and carried their want for a radically better world.

That’s why he was welcomed into the Labour Party after Jeremy Corbyn was elected leader in 2015. He was a guest at Labour Party conferences and even filmed some of the party’s political broadcasts.

Now he has been castigated as an antisemite.

That means it won’t even be ­possible to speak positively about him in Labour meetings.

Many of those cheering on his expulsion from Labour also joined in the campaign to have him banned from speaking at an event in Oxford University.

It’s a sure sign that the future for the left inside the Labour Party is bleak. Some left wing activists cling to the hope of winning votes at Labour’s conference next month.

Yet as Starmer and decades of Labour leaders before him have shown, there’s nothing to stop him or his MPs simply ignoring ­conference decisions.

More to the point, staying inside the Labour Party ultimately means refusing to break free of the ­constraints imposed by the right.

When Corbyn was suspended from Labour in 2020, left wing MPs had a choice—rebel and resign, or complain but stay put.

Their argument—“stay and fight” in Labour—in reality, meant doing nothing.

That constant bind with the right makes Labour a dead end for the left. Loach himself knew this when he spent decades trying to build an alternative.

There still is one. The defeat of the left in Labour doesn’t mean the end of the fight against the world that Loach’s films rail against.

It just means that fight is ­outside Labour—building the struggles, strikes and protests that can ­challenge both the Tories and Starmer.