Finland: Left Alliance and Most of the Other Government Parties Won in the First Regional County Elections 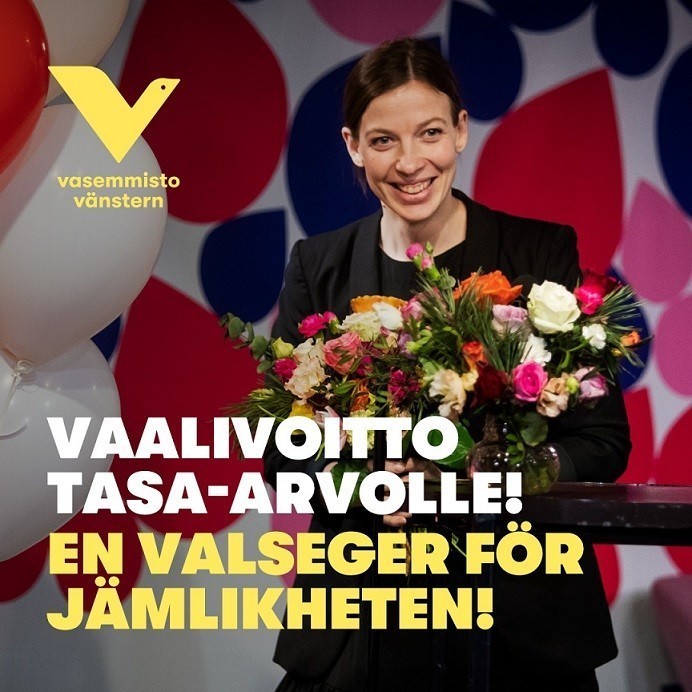 The purpose of the vote was to elect representatives for the 21 county councils, newly formed public law entities which will take control of healthcare and social and emergency services.

The county elections took place in the whole of Finland except the city of Helsinki and Aland Islands on Sunday 23 January. In Helsinki, the municipal council continues to administer these services in the future. This was the first time that regional-level councils for these services have been elected in Finland; until the reform enters into force on January 2023, these tasks belong to municipalities, many of which were too small to organise these services. The councils will not have the right to tax their citizens; instead, they will receive their funds from the national government, although it is possible at some future point that a regional tax will be introduced.

In its campaign, Left Alliance focused on equality and non-discrimination in healthcare, the close geographic proximity to basic social and healthcare services, and higher salaries and better work conditions for healthcare workers, as well as opposition to the privatisation of healthcare.

Left Alliance party chairperson and the minister of education Li Andersson got the greatest number of votes (9,775 votes) of all candidates in her region (South-Western Finland).

Among the smaller parties, the only one that had some measure of successwas a new party that had split off from the Finns Party with the name Power Belongs to the People; it got 1.3% of votes and ten seats. One of the issues with which this new party is identified has been criticism of corona vaccinations. The Communist Party got 0.1% of votes and no seats.

The Finns Party focused on petrol prices and migration, which clearly are not issues within the competence of the counties.

The parties of government got 58.8 % of votes, which is more than they got together in parliamentary elections in 2019 and municipal elections in 2021. The Centre Party was able to get back some of the voters it had lost to the Finns party, and its good result make it easier for the party to continue in coalition government, while the Greens, who remained below Left Alliance, may intensify their political battle in the national government in the spring.

In total the result was, however, supportive of the current left-centre-green government 15 months before the next parliamentary elections in April 2023.

Facebook does the U.S. government’s censorship work in Nicaraguan elections