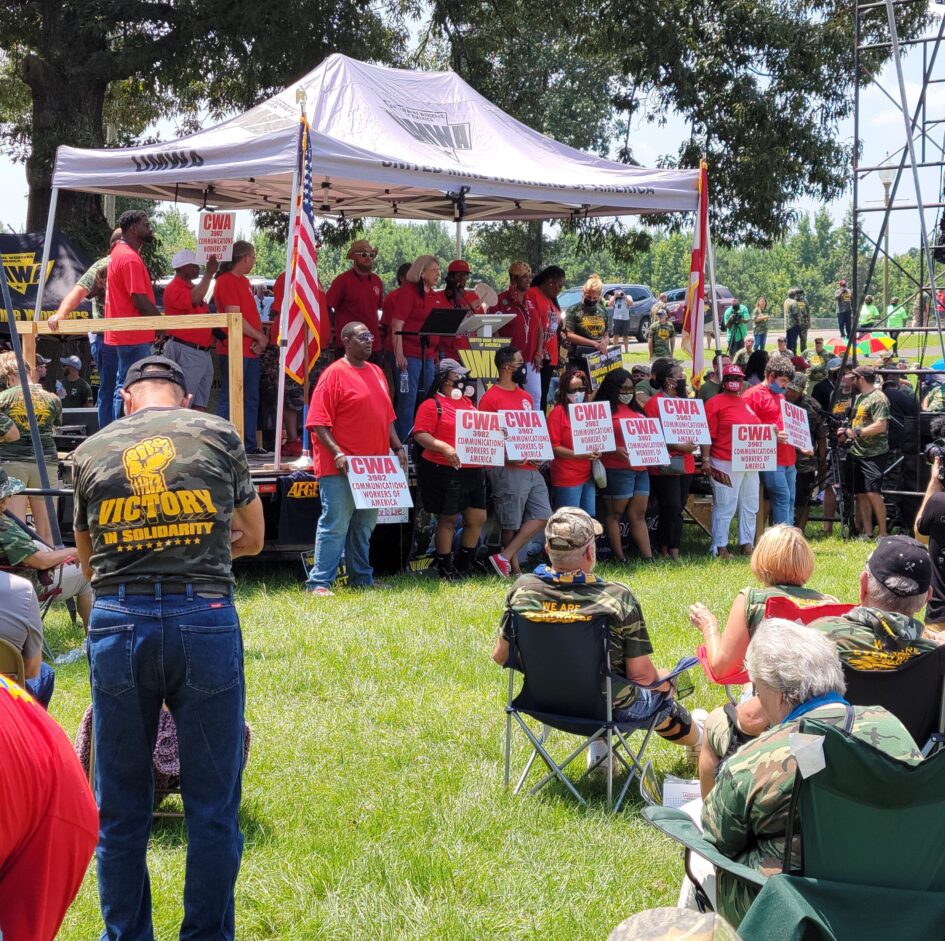 Around 1,100 union coal miners in Brookwood, Alabama, have been on strike over unfair labor practices at Warrior Met Coal for over five months. Workers and their families are holding the line, demanding to get back what was stolen from them with their last contract, demanding to actually have time to spend with their families, demanding to be treated with the respect they deserve for making the mine more productive than ever. The UMWA’s strike motto is “One day longer, one day stronger,” and workers are showing no signs that they plan to back down.

In Part I of this special two-part update on the miners’ strike, guest hosts Jacob Morrison and Adam Keller from The Valley Labor Report, Alabama’s only weekly labor radio talk show, interview striking workers and supporters who attended a solidarity rally that the union held in Brookwood on Aug. 4.