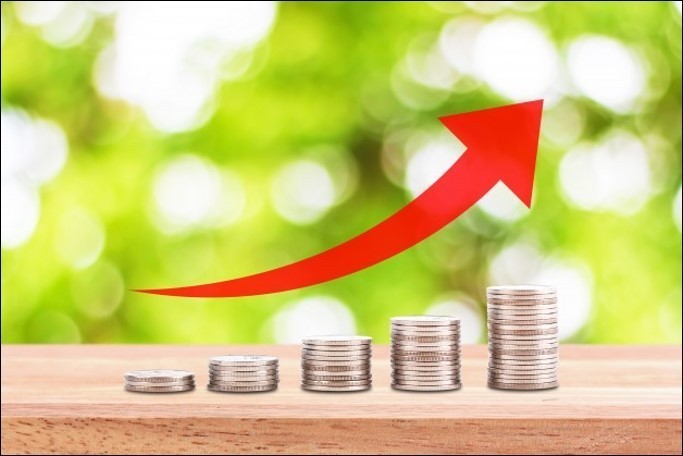 A response to Pollin and Chomsky on degrowth: We need a Green New Deal without growth

By Jason Hickel, published on his website Nov 2, 2020  (And see below a related essay by Jason Hickel as well as his bio. You can read this article here in pdf format: Jason Hickel responds to Michael Pollin and Noam Chomsky on degrowth)

Robert Pollin and Noam Chomsky have a new book out, Climate Crisis and the Green New Deal. It’s an important contribution to the emerging GND literature, from two thinkers whom I respect. But in recent interviews, when Pollin has been asked about degrowth, he has responded with claims that are factually incorrect and, I think, intentionally misleading.

Take for example this recent interview in Vox, where Pollin makes a rather strange assertion: “The fact of the matter is, degrowth is not a solution, just in terms of simple mathematics. Let’s say we cut global GDP by 10 per cent, which would be a bigger depression than the 1930s. What happens? We cut emissions by 10 per cent. It’s no solution at all.”

The notion that to reduce emissions to zero we have to reduce economic activity to zero is obviously ridiculous. There is not a single proponent of degrowth who has ever promoted such a thing. We can all agree that transitioning to renewable energy is the mechanism for this. What degrowth scholarship adds is simply to observe that if we want to reduce emissions fast enough to stay under 1.5C or 2C, high-income nations cannot continue to pursue growth. Why?  Because more growth requires more energy use (see here and here), and more energy use makes it impossible for us to cover it with renewable alternatives in the short time we have left. In other words, growth makes our task significantly more difficult than it needs to be.

This is not a matter of opinion. It is a matter of empirics. The IPCC’s 2018 report indicates that, in the absence of speculative negative emissions technologies, the only feasible way to achieve our climate goals is to scale down global energy use by 40 per cent, from 400 EJ today to about 240 EJ by 2050. The key point here is that the less energy we use, the easier it is to supply it with renewables. The underlying Low Energy Demand (LED) scenario suggests that in order to accomplish this, high-income nations need to scale down material extraction and production. And this is precisely what degrowth calls for: a reduction of excess energy and material throughput. (For a discussion of the LED scenario see here; this 2020 review paper finds that achieving climate goals will require “degrowth” scenarios; this paper in Nature Sustainability comes to similar conclusions).

Pollin knows this. I have corresponded with him about it directly (in 2019), as have a number of other ecological economists; and yet for some reason he has continued to repeat the same claim. It is incorrect, unhelpful, and we need better.

Don’t get me wrong: we absolutely need a Green New Deal, to mobilize a rapid rollout of renewable energy and put an end to fossil fuels. I have real respect for Pollin’s contributions toward this end. We are on the same side. But we cannot allow our vision for a GND to get trapped in growthist narratives.

Progressives have been pulled into a debate about whether a GND will be good or bad for growth. The political right insists that it will be bad for growth, so we should reject it. Pollin has responded by saying it will be good for growth, so we should embrace it. I can understand why one might want to take this position, to make the GND more politically palatable. But it is problematic for a number of reasons: (a) as I pointed out above, pursuing growth makes the task of a sufficiently rapid renewable transition impossible; (b) if the GND ends up for whatever reason working against growth, then by our own criteria it will have failed and will be vulnerable to attack on these grounds; and (c) by reinforcing the claim that we must have growth, we play into the hands of those who successfully leverage growthist aspirations to hack away at social and environmental protections, which is the opposite of what we need.

There are two other issues worth pointing to here. First, clean energy doesn’t come out of nowhere. It requires significant amounts of material extraction, most of which comes from the global South. The more energy high-income countries use, the more pressure there will be for extractivism from global South communities, which has already become extremely destructive. Second, even if we do manage to transition to 100 per cent renewable energy while at the same time growing the economy, that might help us with emissions but it does nothing to reverse other forms of ecological breakdown. Why?  Because more growth means more resource use. See here, here, here and a new review paper here.

In other words, we need a Green New Deal, yes. But if we want our GND to be technologically feasible, ecologically coherent, and socially just, it needs to be a GND without growth. It needs to be a GND that actively scales down excess resource and energy use, in a safe, just and equitable way. Riccardo Mastini, Giorgos Kallis and I have laid out what such a Green New Deal might look like in this recent paper in Ecological Economics. These principles are also reflected in Diem25’s Green New Deal for Europe.

The good news is that this can be done while at the same time accomplishing our goals of ending poverty and improving human well-being. Indeed, this is the core principle of degrowth. Recent research has found that we can ensure good lives for all – for a global population of 10 billion people by 2050 – with 60 per cent less energy than we presently use. Another study found that high-income nations could cut their material use by up to 80 per cent, while still providing for everyone’s needs at a high standard.

How do we get there? Scale down ecologically destructive and socially less necessary production (SUVs, McMansions, industrial beef, food waste, planned obsolescence, advertising, etc); shorten the working week and introduce a public job guarantee, with a living wage, to maintain full employment and mobilize labour for the transition; decommodify public goods, disaccumulate capital, and distribute income more fairly. All of these policies have significant public support. I describe feasible pathways toward this end in Chapter 5 of Less is More (or see here for a post-Keynesian approach). Doing this would enable us to accomplish a rapid transition to renewables, in a matter of years, not decades.

We need to reject the ideology that conflates growth with progress and well-being. Growth is ultimately a kind of propaganda term; it takes processes of extraction, commodification and elite accumulation, which are quite often destructive to human communities and to ecology, and sells them as natural, good and common-sense (who could possibly be against growth?). The language of growth is the bedrock of capitalism’s cultural hegemony.

We must reject this trick. We cannot let ourselves be dragged into framing our aspirations for a better world in the language of growth, for it immediately traps us within the logic of capital; and on that terrain we will lose. We need to be smarter than that. We need to call for a different kind of economy altogether: one that is organized around the interests of human well-being and ecology, rather than around the interests of capital. Dr. Jason Hickel is an economic anthropologist, author, and a Fellow of the Royal Society of Arts. He is a Visiting Senior Fellow at the International Inequalities Institute at the London School of Economics, and Senior Lecturer at Goldsmiths, University of London. He serves on the Statistical Advisory Panel for the UN Human Development Report 2020, the advisory board of the Green New Deal for Europe, and on the Harvard-Lancet Commission on Reparations and Redistributive Justice. Jason’s research focuses on global inequality, political economy, post-development, and ecological economics, which are the subjects of his two most recent books: The Divide: A Brief Guide to Global Inequality and its Solutions (Penguin, 2017), and Less is More: How Degrowth Will Save the World (Penguin, 2020).

Related essay: Degrowth: A response to Branko Milanovic, by Jason Hickel, Oct 27, 2020  In late 2017, Branko Milanovic wrote a blog post titled ‘The illusion of degrowth in a poor and unequal world‘. He penned it, he says, following a conversation he had with a proponent of degrowth, which was me. I wrote a response, which I have updated here for clarity, and to account for new data…