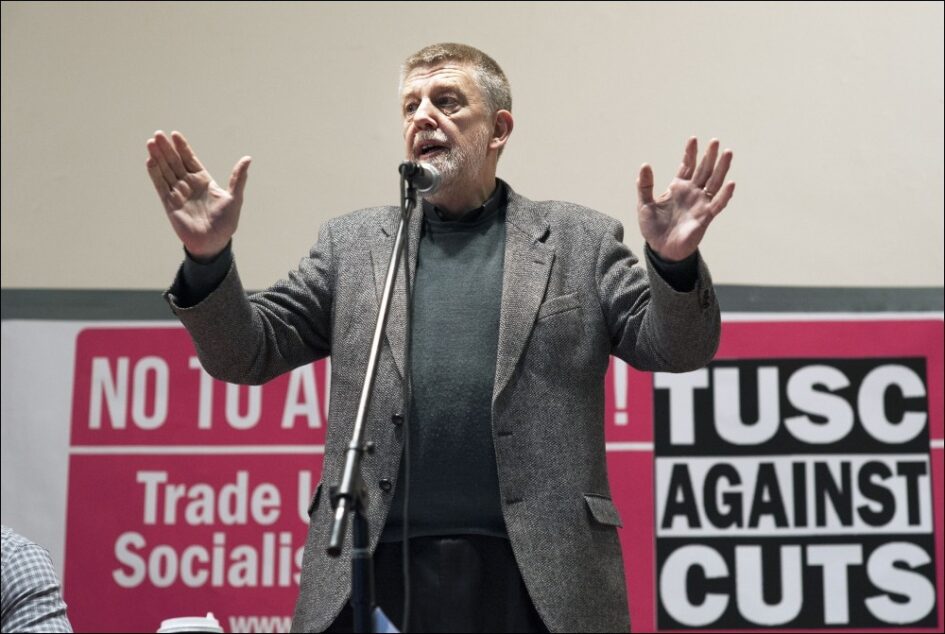 Link to this page: https://www.socialistparty.org.uk/articles/33669 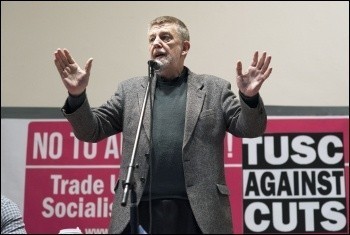 The Trade Unionist and Socialist Coalition (TUSC) today announced that Dave Nellist is to contest the forthcoming Birmingham Erdington parliamentary by-election on behalf of the left-wing alliance. During his time as a Midlands Labour MP from 1983-1992, Dave was a backbench parliamentary colleague of Jeremy Corbyn.

Dave, who was the MP for Coventry South East for nine years and later, for 14 years, a Coventry city councillor for the Socialist Party from 1998 to 2012, was well-known during his time in parliament for only taking an ordinary worker’s wage, giving away over half of an MP’s bloated salary – currently £82,000 a year – to trade unionists and working class campaigners fighting to defend their livelihoods and communities.

Accepting the TUSC nomination for the Erdington contest, Dave said: “With Sir Keir Starmer’s Labour welcoming a Tory MP into the parliamentary party last week – while confirming Jeremy Corbyn’s exclusion from the PLP at its national executive committee meeting on January 25th – it couldn’t be clearer that the interests of Britain’s wealthy establishment will be in safe hands if and when they decide to move on from Boris Johnson’s disintegrating premiership. Starmer is so obviously not on our side”.

“In contrast, I and the rest of the TUSC coalition wholeheartedly supported Jeremy’s leadership of the Labour Party as an opportunity to put someone in Number Ten who would challenge what he called the ‘rigged system’ – in other words, capitalism – that works in the interests of a rich and powerful minority”.

“So the Trade Unionist and Socialist Coalition, co-founded in 2010 by the late transport workers’ leader Bob Crow, adjusted its electoral activity in response, not standing candidates in either the 2017 or 2019 general elections”.

“But we also warned that the followers of Tony Blair within Labour – like Keir Starmer – didn’t support the socialist policies of taxing the rich and public ownership that are needed to overturn the ‘rigged system’ and that they would drop the Labour manifesto policies of 2017 and 2019 as soon as they had the chance”.

“And so it has come to pass, with Starmer, for example, explicitly ruling out public ownership of the big oil and gas companies even as they boost shareholder dividends from our hiked up energy bills”.

“That is why I am proud to represent TUSC in the Birmingham Erdington by-election and would urge other trade unionists, socialists and community campaigners to also consider standing for TUSC in the forthcoming local council elections in May”.

“Red Tories, Blue Tories or Yellow Tories carrying out policies against the interests of the working class majority cannot expect to be unchallenged at the ballot box”.

1. TUSC was co-founded in 2010 by the late Bob Crow, the RMT transport workers’ union leader. Along with the RMT, a constituent organisation of TUSC, its national steering committee involves leading trade unionists from seven other unions together with the Socialist Party, Resist – the party established by the former Labour MP Chris Williamson – and independent socialists.

3. TUSC stood sufficient candidates in the 2015 general election to qualify for a UK-wide election broadcast, headed by Dave Nellist, which can be viewed at https://www.youtube.com/watch?v=pcEMrCTVRdg . It recalibrated its electoral activity following Jeremy Corbyn’s election as Labour leader, a development which it warmly welcomed. Consequently TUSC did not contest either the 2017 or 2019 general elections and only stood in other elections against those Labour candidates who opposed Jeremy Corbyn and were carrying out austerity policies. But with Keir Starmer as the Labour leader TUSC has now resumed standing candidates.

4. TUSC’s local elections campaign will be launched at its conference on February 6th, which will have speakers both from Unite the Union, Labour’s biggest current trade union affiliate, and the BFAWU bakers’ union, which disaffiliated from Labour last autumn, after 119 years of membership. See https://www.tusc.org.uk/17609/26-01-2022/unite-and-the-bakers-union-to-speak-at-tusc-conference

‘Karl Radek on China: Documents from the Former Secret Soviet Archives’ – a review