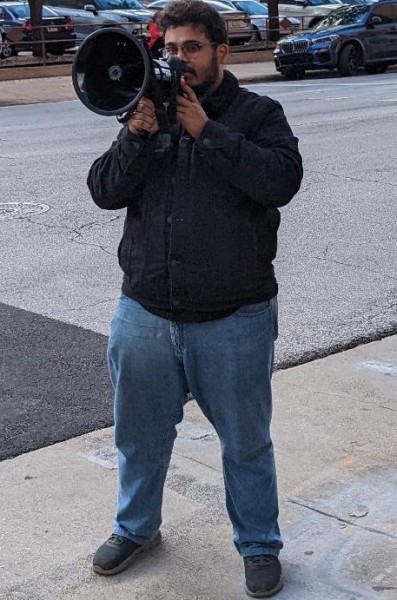 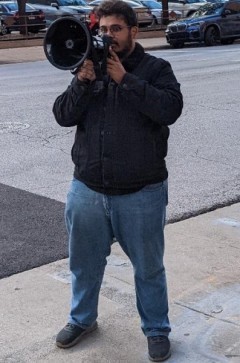 Fort Worth, TX – On Saturday, December 5, over 20 protesters showed up at the Tim Curry Criminal Justice Center in downtown Fort Worth, where Fort Work police officer Aaron Dean was on trial for the murder of Atatiana Jefferson.

Jefferson, an African-American woman was shot by Dean, who fired through her window with no warning while she was playing videogames with her nephew. The protest demanded justice for her and condemned the court for not including any African Americans on the jury. The rally was organized by the National Alliance Against Racism and Political Repression – Dallas.

Rick Majumdar of NAARPR Dallas called for justice for Atatiana and denounced the decision to not include any African Americans on the jury. Majumdar also state that Aaron Dean, when a student at the University of Texas at Arlington, was reprimanded for the sexual assault of another student.

Majumdar continued, “We are out here today to say that justice may be delayed but it will not be denied. Aaron Dean must go to jail. We don’t want killer cops on these streets.”

Dominique Jones of the Party for Socialism and Liberation condemned white supremacy and the murder of Atatiana.

Xavi Velasquez of La Frontera Nos Cruzo spoke to the connection of the Chicano struggle and the Black struggle in their opposition to racist police terror: “The same kind of racist fucking police that throw Latino and Mexican and all sorts of people from South America into cages, separate families and brutalize them, are the same people who shoot and kill Black people, and, as a Hispanic person, I feel

strongly that we stand together in solidarity.”

“The only way we are going to fix this shit is if we stand together and organize,” Velasquez declared