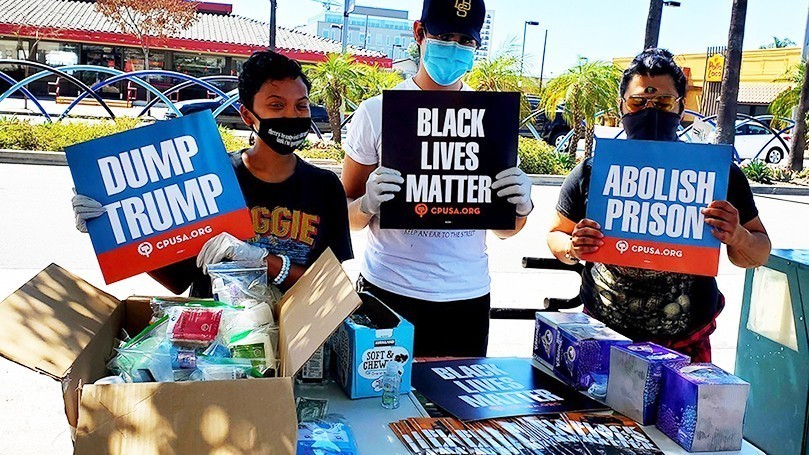 The following statement was issued by the African American Equality Commission.

On November 1, 2021, Fox News’ Emma Colton published a story headlined “Former NY Gov. Says Dems Afraid to Stand Up to ‘Communists’ Who Never Deliver for Black Americans.” The article continues Fox’s commitment to racist and anti-communist rhetoric, pushed on the viewers with no concern for truth or justice.

Colton quotes former New York Governor David Paterson, an African American, as expressing “disappointment that his own party has not stood up to communism and socialism, especially in Black communities.” She adds that Paterson noted, “Socialists and communists have been working on the African American community going back to the ’30s, ’40s and ’50s. They almost wrecked the civil rights campaign of Dr. Martin Luther King.”

There is no clearer evidence of the wisdom in the old adage that “there are none so blind as those who will not see.”

There are libraries full of historical documentation of the contributions of U.S. communists (African American, white, Asian, and Latino) to the struggle for full and complete equality. African American communists (including such well-known people as Paul Robeson, William Patterson, Benjamin Davis, W. E. B. Du Bois, Henry Winston, and Angela Davis, to name a few) have founded organizations and led militant struggles for the equal rights of the African American people.

Communists (African American and white) organized African American sharecroppers in Alabama and throughout the South during the 1930s to demand social, political, and economic equality. Many communists gave their lives in these struggles, while Paterson’s vaunted Democratic Party supported murderous, white lynch mobs.

As for communists “wrecking the civil rights movement,” the opposite is true: communists were active participants in the Civil Rights Movement. It was J. Edgar Hoover’s FBI and the U.S. government that tried to wreck the movement.

From the Scottsboro Nine to the murder of George Floyd, the Communist Party USA has been standing with and among the African American community against systemic racism and racist police crimes.

Brooks added, “Communists lost their lives in the 1964 Freedom Summer voter registration drives in the southern U.S. states. We worked tirelessly to end apartheid in South Africa, and to end similar polices when they were proposed or implemented here. Unfortunately, Governor Paterson doesn’t know his history, and Fox News is using him to continue their racist attacks on Black people, and people’s movements, trying to tar them as communist, as if that were a bad thing.”