“Françafrique” – a tale of political and economic domination which must end! 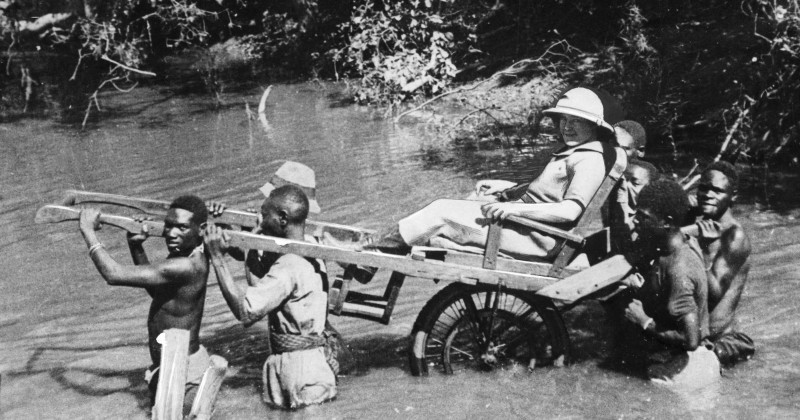 The New Africa-France Summit will be held in Montpellier, France on October 8. This summit is an attempt by French President Emmanuelle Macron to strengthen the position of French imperialism in West Africa, which now faces pressures from economic rivals including the US and China.

France is one of the strongholds of neocolonialism, in its crudest and least disguised form. In many ways, this is rooted in the classical colonial relationship of subordination which began to take shape during the great geographic “discoveries” of the 15th century. Africa is still a victim of French imperialism. France openly limits the sovereignty of African states, exerting a direct influence on their internal affairs. And it does so completely legally through mechanisms enshrined in international agreements.

The key instrument is the French-led monetary union, which was created mainly on the basis of its former colonial holdings. One of the currencies included in this zone is the CFA franc. This acronym is the initials of the words “Colonies Francaises d’Afrique.”

The CFA franc was established the French government in December 1945 as part of the reforms approved by the Bretton Woods Conference.

Weakened post-war France sought to maintain its influence in Africa by all means, and to use the continent as a resource for restoring its own national economy. The CFA franc became the only official currency of more than twenty countries in West and Central Africa. Since then, French capital has succeeded in exploiting a territory of more than 150 million inhabitants via the CFA franc.

France only grants loans to the countries of the CFA franc zone on condition that the funds are spent on the purchase of French products, and African governments must give priority to working with French companies. French multinationals like Total and Orano have exclusive rights to develop the natural resources of France’s former colonies, which are rich in oil, gas, uranium, diamonds, gold and iron.

Because the CFA franc was linked to the French franc, France could import goods from Africa with its own currency, which greatly benefited it in its relations with African countries. France also had the option of restricting access to the region for other large customers. With the changeover to the euro, these privileges were extended to the leaders of the European Union, who were able to influence the monetary policy of the European Central Bank.

Membership in the CFA franc zone has been disastrous for African economies, which are in a state of prolonged stagnation. The French authorities claim that by their intervention, these countries receive currency and price stability. But neoliberal recipes do not work: the price to pay for low inflation is the complete lack of economic growth.

Real per capita GDP in the CFA region has been declining since the mid-1970s. Seven countries of the monetary union remain the poorest in the world and two-thirds of their population are forced to live on less than two dollars per day. And this is not surprising – having no real sovereignty, the countries of the CFA zone sacrifice their populations for the profit of French imperialism. The African states do not have the capacity to control the exchange rate or interest rates, nor to maintain them with the export of raw materials that are monopolized by French corporations.

One might ask: why did these countries agree to participate in the French monetary union? This institution was created 15 years before the start of the national liberation movement in Africa (a liberation movement encouraged and supported by the Soviet Union, the socialist states, and the progressive and anti-imperialist people of the world). The free republics were determined to create their own currencies. However, France laid down the condition that it would recognize their independence only if they retained their membership in the CFA franc zone.

France imposed “cooperation agreements” on African countries, which governed a wide range of issues including mining, the terms of foreign trade and international relations, the structure of the armed forces, the educational system, civil aviation and much more. These agreements consolidated the economic and political domination of France over the former colonies, making their independence a fiction – they are semi-colonies, in Marxist terms.

Many African countries have tried to escape the yoke of the metropolis, and some have been successful. Over the years and with great difficulty, Guinea, Djibouti, Comoros, Mauritania and Madagascar left the CFA franc zone. In other countries, the struggle for independence was not successful. Togolese president Silvanus Olympio was assassinated during a military coup d’état supported by France, after having announced the renunciation of the CFA franc in 1960. An unenviable fate befell other African political figures including the legendary Thomas Sankara, who tried to resist French financial dictatorship.

All those who have tried to oppose French imperialism and the establishment of the CFA franc have been killed or overthrown following pro-French coups. In total since 1960, French armed forces have intervened more than forty times in military operations on the continent. Macron’s recently announcement Barkhane Operation, which outlines a “profound transformation of the French military presence in the Sahel,” does not substantively change anything: the logic remains that of a controlling and interfering foreign presence whose aim is “establishing an international alliance involving the States of the region.”

But time does not stand still. The colonial currency is increasingly being rejected, and not only in Africa, where protests are erupting more and more. In France, progressive forces are calling on the state to close this shameful page in the country’s history. The demand to abolish the CFA franc system was one of the demands of the Gilets jaunes (Yellow Vests) in 2019.

Progressive movements in Africa are calling for an end to the policies of plunder and military and political interference in the affairs of the continent. More and more slogans call for the expropriation of the big landowners (in general the big monopolies) so that the peoples of the African countries can decide their future for themselves. More and more forces demand the immediate withdrawal of French troops.

In West Africa, pressure on French imperialism is also exerted by Chinese and American monopolies, and even Russian and Turkish, as they race for profits (and not because they are worried about the fate of African workers). However, the presence of the CFA franc closely linked to the euro does not yet allow them to significantly hinder European control in the region.

The peoples of the former colonies still have a long way to go in the struggle for real economic and political independence. The dictatorial regimes controlled by French capital will violently repress any attempt to resist the neocolonial system of oppression.

Today, working-class internationalism and the international solidarity of workers in France and around the world with African workers acquire a special meaning. Pan-African and progressive movements must be supported in their struggle against imperialism in Africa. The more workers learn about the situation in Africa, the stronger the struggle against imperialist politics will be. And this will help the peoples of Africa to finally be rid of the chains of colonial exploitation.

Translated from French by PV staff

Amazon: “Economic Terrorism” and the Destruction of Competition and Livelihoods

New Report Exposes the US’ Brutal and Illegal Economic War