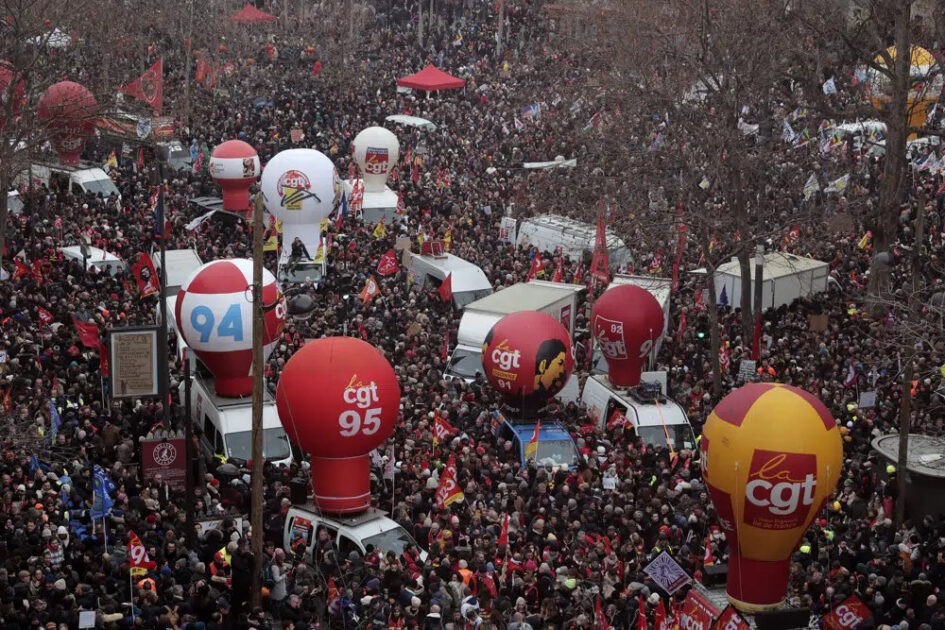 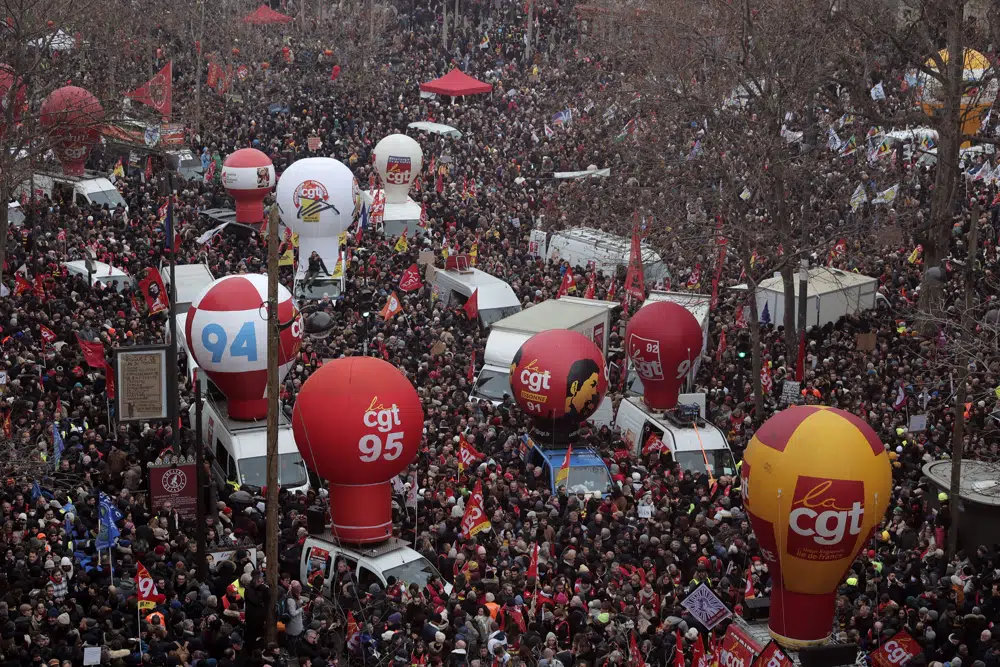 Polls show that 80% of the population opposes the cuts, which would increase the minimum retirement age to 64 with a minimum pay-in period of 43 years.

As Macron pushed the pension cuts, he also announced a major $448 billion hike in military spending.

France’s education ministry said that over 40% of primary school teachers and one-third of high school teachers participated in the strikes, forcing many schools to close their doors for the day.

Public transport was brought to a standstill in Paris, Toulouse, Marseille, Nantes, and Nice due to the strikes, and the Eiffel Tower was closed to visitors as the protests spread.

French rail authority SNCF reported a “severe disruption” across the country. “On some rail lines, as few as one in 10 services were operating, while the Paris metro was running a skeleton service,” BBC reported.