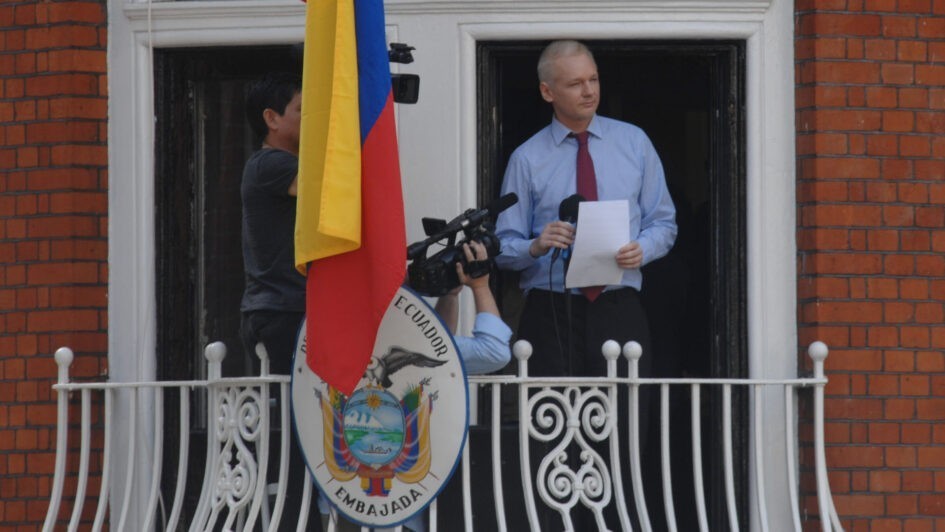 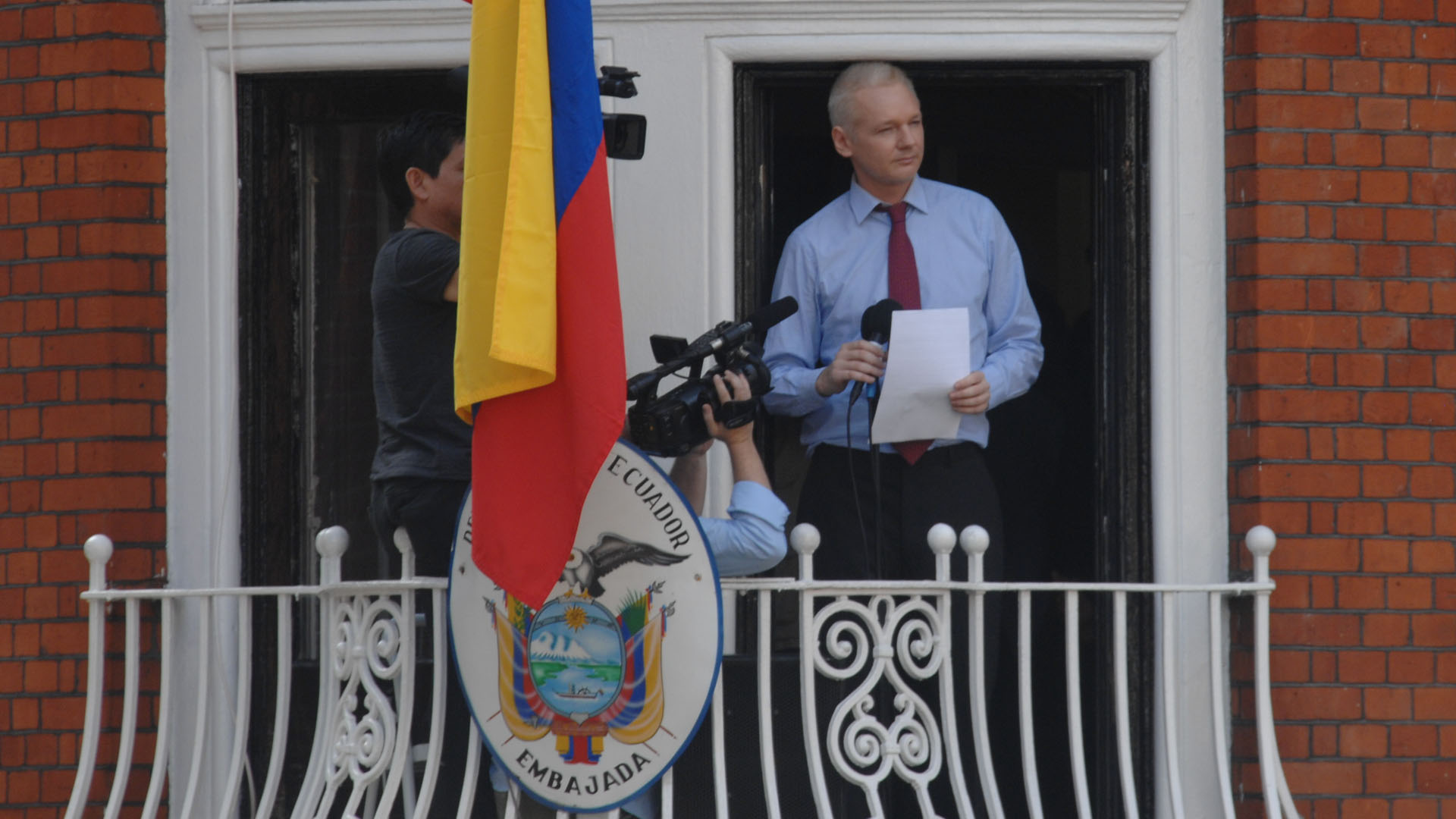 A movement is growing in Latin America to demand the freedom of political prisoner Julian Assange, the Australian journalist persecuted by the United States for his work exposing its war crimes.

Most of the major leftist leaders in Latin America have called for Assange to be released from the maximum-security British prison where he has been held since 2019 and subjected to torture.

﻿
It was the socialist ex president of Ecuador, Rafael Correa, who gave asylum to Assange in the first place.

Assange, the founder of whistle-blowing journalism publication WikiLeaks, was trapped in Ecuador’s embassy in London, England for seven years, starting 2012, in what United Nations experts determined to be an illegal form of arbitrary detention by the governments of the UK and Sweden.

In 2019, British authorities stormed the Ecuadorian embassy and arrested Assange. The UK’s judicial system subsequently rubber stamped Washington’s extradition request, and the WikiLeaks journalist faces up to 175 years in prison.

The United Nations special rapporteur on torture, Nils Melzer, visited Assange in London’s brutal Belmarsh prison and reported that he suffers from “all the symptoms typical for prolonged exposure to psychological torture.”

“While the US Government prosecutes Mr. Assange for publishing information about serious human rights violations, including torture and murder, the officials responsible for these crimes continue to enjoy impunity,” the UN expert noted.

The CIA, which has organized coups against many left-wing governments in Latin America, even made plans to kidnap and kill Assange. The infamous US spy agency is now being sued by journalists who were victims of its illegal spying operations.

Ecuador’s former President Correa has always been one of Assange’s most vocal supporters.

“Real and also Ecuadorian journalism is that of Julian Assange,” Arauz tweeted with pride, referring to the fact that the WikiLeaks publisher was given Ecuadorian citizenship.

Lula said he “sent my solidarity” and expressed hope that “Assange will be freed from his unjust imprisonment.”

Lula governed Latin America’s largest country from 2003 to 2010 and will return to power on January 1, 2023, after winning the October 30 elections and defeating current far-right leader Jair Bolsonaro.

A week before they spoke with Lula in Brazil, the editors of WikiLeaks traveled to Colombia to meet with its new President Gustavo Petro.

Petro, the first-ever left-wing leader of Colombia, said he “supports the worldwide struggle for the freedom of the journalist Julian Assange.”

“I will ask President Biden with other Latin American presidents so they don’t put charges on a journalist only for saying the truth,” he added.

Nicaragua’s socialist President Daniel Ortega said in 2021 that “Assange earned the recognition of the people, and for that he won the peace prize of the peoples of the world.” (He added, “Not the Nobel Prize, which is given to those who destroy, invade, kill, bomb.”)

Ortega noted that Assange’s supposed “crime” was “having denounced the violations of human rights, the crimes committed by the North American leaders in killings, in bombings.”

The revolutionary Sandinista leader condemned the hypocrisy and authoritarianism of Western governments, noting their roots in racism, monarchism, and fascism.

Venezuela’s elected President Nicolás Maduro has been one of the most outspoken world leaders in defending Assange.

When the journalist was imprisoned in 2019, Maduro harshly “condemned the atrocious decision” as “a shameful affront to international law and his human rights.”

The Venezuelan government stressed that Assange is a victim of “political persecution” by the US government, and his “crime is having revealed to the world the darkest and most criminal face of the ‘regime-change wars’ that the US empire executes, and in particular the massive killings of civilians and the shameful violation of human rights in Iraq.”

“The Australian-Ecuadorian journalist should not be delivered to the US, where his life is in danger of a rigged judicial process,” and “where there clearly exists the intention to end his life,” Maduro added.

Mexico’s left-wing President Andrés Manuel López Obrador (AMLO) has praised Assange as the “best journalist of our time, in the world.”

In a press conference, the Mexican leader even played a clip of the “Collateral Murder” video published by WikiLeaks, which shows the US military killing journalists in Iraq.

Argentina’s Cristina Fernández de Kirchner, who was president from 2007 to 2015 currently serves as vice president, has repeatedly expressed support for Julian Assange.

On December 5, 2022, Kirchner met with the same WikiLeaks editors, Hrafnsson and Farrell, as part of their tour of Latin America.

In 2019, Kirchner tweeted, “In the upside-down world, fake news circulates freely and those who reveal the truth are persecuted and imprisoned.” She emphasized the importance of “the citizens’ right to information,” and tagged Assange, thanking him for his journalistic work.

Then in June 2022, while serving as Argentina’s vice president, Kirchner wrote, “The decision to facilitate the extradition of Julian Assange not only puts his life at risk but also marks an alarming precedent for all of the world’s journalists who investigate and look for the truth: journalistic disciplining for everyone.”

Bolivia’s socialist ex-President Evo Morales warned in June 2022 that the “decision of the United Kingdom to accept the request of the United States to extradite Julian Assange is a grave attack on journalism, on democracy, and on the search for truth.”

Morales added that Assange “exposed the unpunished crimes of the empire, that is his only ‘crime.’” The former Bolivian leader reassured “all our solidarity with him and his family.”

Zelaya was overthrown in a US-backed right-wing military coup in 2009. Today, he officially serves as an advisor to Honduras’ current President, Xiomara Castro, who is his wife.

In September, Zelaya sent a letter to British Prime Minister Liz Truss, requesting a reversal of the extradition decision and freedom for Assange.

In 2020, Zelaya insisted, “Assange, for informing humanity about the hidden horrors of power, should be given an award .”

Chris Hedges: PEN America and the Betrayal of Julian Assange

The Judicial kidnapping of Julian Assange

Julian Assange is Not above the Law, but He Shouldn’t be Beneath Justice